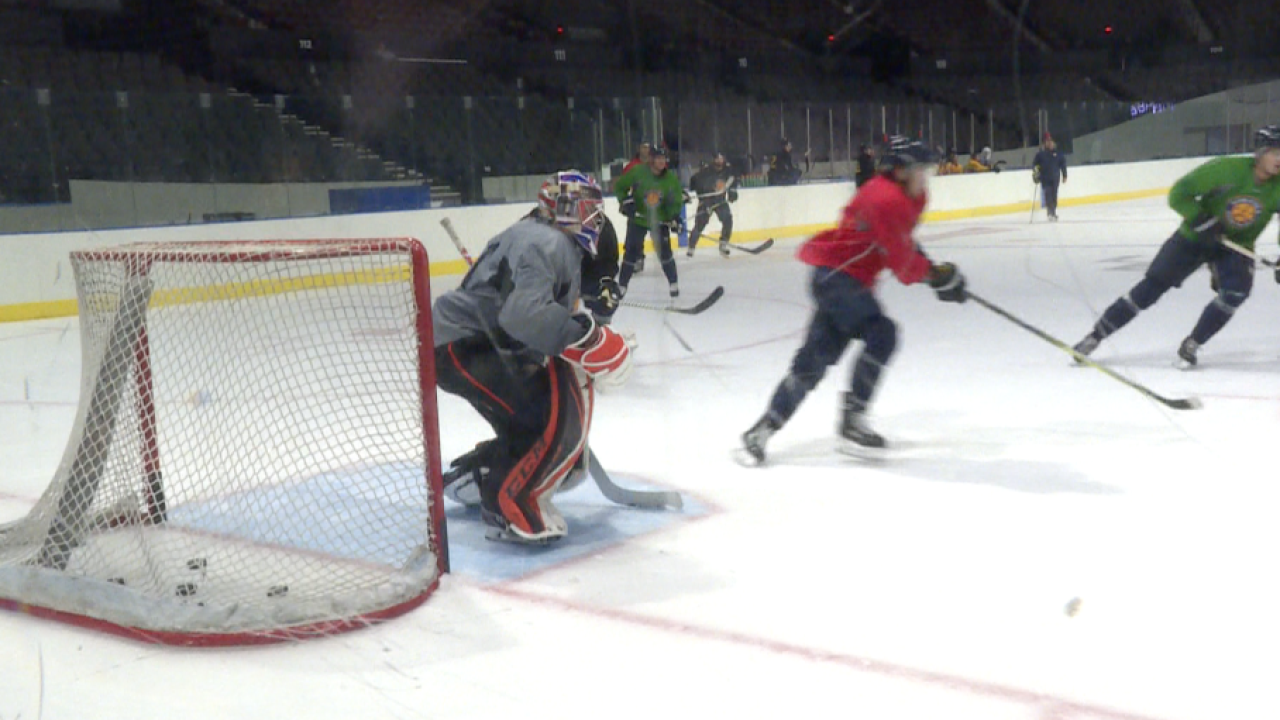 NORFOLK, Va. – With new ownership and a new coaching staff, the Norfolk Admirals are looking to create a new narrative as well.

Friday’s season opener against the Florida Everblades will mark the start of Norfolk’s 31st season of hockey at Norfolk Scope Arena, and the team’s first chance to prove that the shortcomings of recent years won’t follow them into the new decade.

“I think we’ve just gotta be a team that prides themselves on working hard and winning,” forward Christian Horn said. “That’s kind of what the new ownership and Coach (Rod) Taylor want to bring back to Norfolk and that’s something we’ve gotta do through them.”

“We’re trying to find our team identity right now and what kind of style we’re gonna play,” said forward J.C. Campagna, who the Admirals acquired from the Fort Wayne Komets in August. “We’re just kinda feeling it out right now, getting some chemistry among lines and going from there.

“We can’t wait to get started on Friday and just kinda see how everything falls in place.”

The Admirals have been a far cry from being a championship-caliber team in recent years.

The 2018-19 season saw a losing record, and they haven’t made the playoffs since returning to the ECHL in 2015. The team’s latest success came in 2012 when they won the AHL’s Calder Cup. The Admirals’ most noteworthy ECHL success includes winning championships in 1991, 1992 and 1998.

Team owner Patrick Cavanagh was a right wing for the team during the 1991-92 championships and head coach Rod Taylor, a former left wing for the Admirals, ranks second all-time in the ECHL record book with 368 career goals.

They’ll get to see their team in action for the first time on Friday night, when the Admirals take on the Everblades at 7:30 p.m.