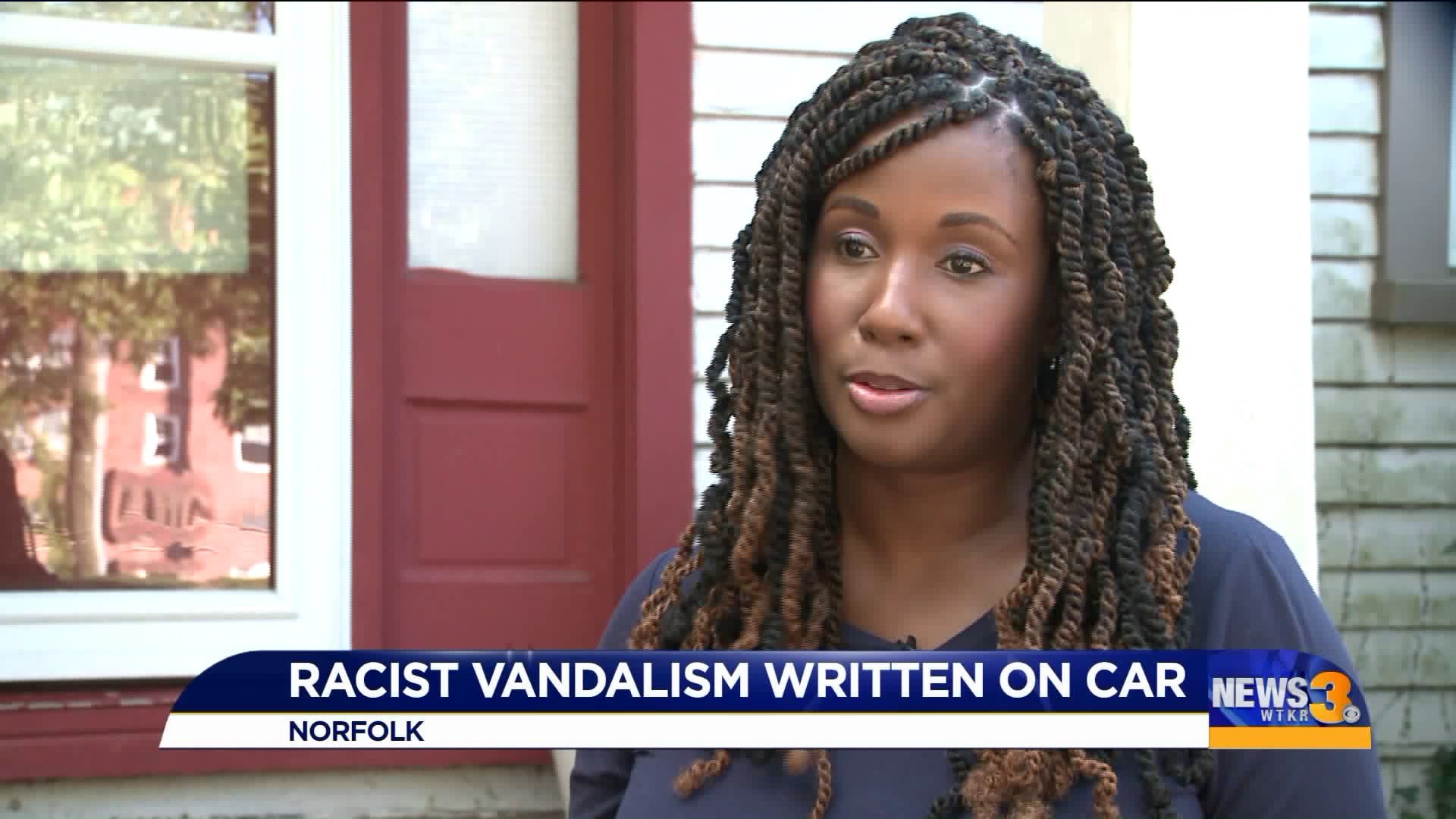 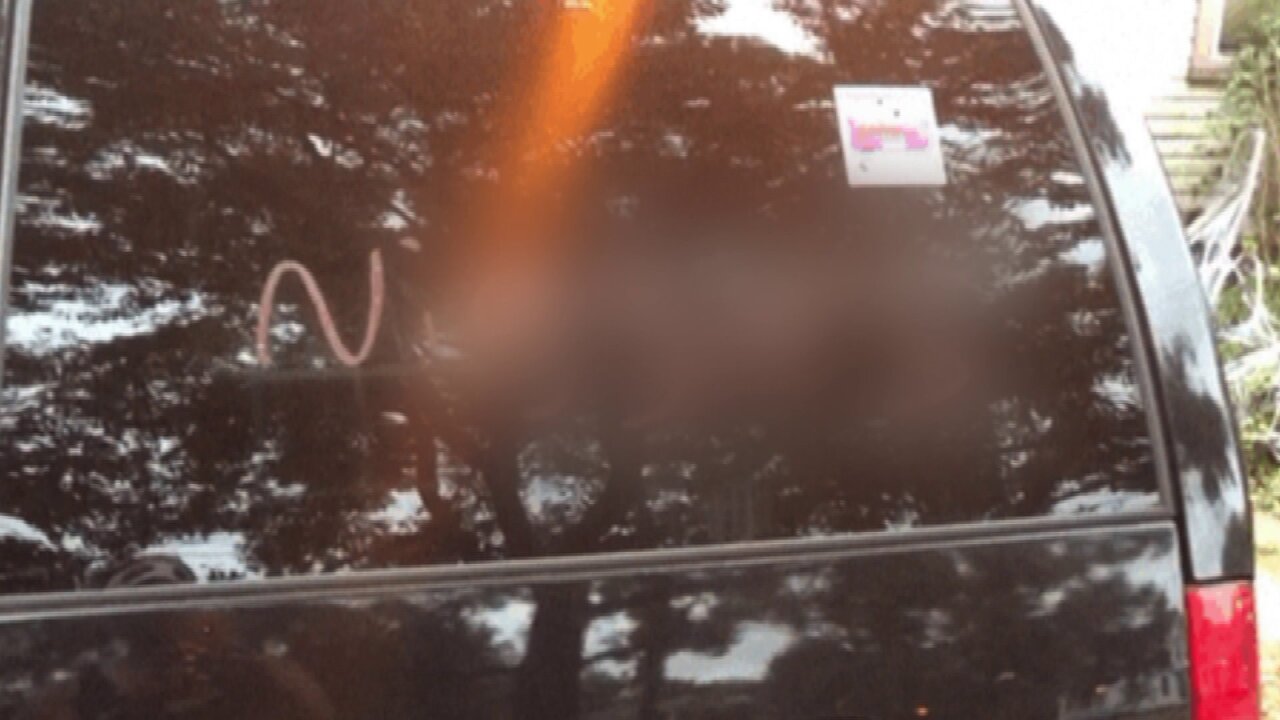 NORFOLK, Va. — An overt display of racism in a Norfolk neighborhood is shocking residents.

A racist slur was the last thing Dee Hall was expecting to find on her car Wednesday.

“It was right over here on the back window, and it was sprawled across the entire window,” Hall said.

Hall said there was no mistaking it— someone wrote the N-word on her car, and her car only.

“We came outside to look and I was flabbergasted.”

She says she called police right away and they came quickly.

Hall has been living in her home on Newport Avenue in the Colonial Place neighborhood for eight months and says she hasn’t made any enemies. She also doesn’t think it was a coincidence.

“I think it has to be someone who knows that I live here, which makes it a little bit more scary,” Hall said.

Hall says her car was parked on the curb in front of her house and none of her neighbors or family members' cars were tagged, including her husband, who is white.

Hall told News 3 she thinks someone used lipstick to write the racist word across her car window in the middle of the night. She says her high school-age son was the first person to find it in the morning.

Related: Anti-LGBTQ sticker pops up on back of car in Norfolk, covering gay pride sticker

After the incident, she had to have an important conversation with her 9-year-old daughter about hate.

“I just explained to her that it’s a word that people use to - and have historically used to - try and denigrate black people to make them feel less than, and it says more about who they are then we are."

The family bought a security camera the same day they found the vandalism. It arrived in the mail Thursday when she spoke to News 3.

“We’re going to be getting it set up today. Motion lights, that kind of thing, you know, to take some precautions as far as our personal security.”

She says she's not intimidated, and she’s definitely not going anywhere.

“This is my home. This is where I’m raising my family. We’ve been happy here up until this point, and there’s no reason to think we won’t continue to be.”

Hall says Norfolk Police are investigating and have been helpful. She tells News 3 she’s also in the process of filing a hate crime complaint with the FBI.

Police said Thursday that they are now investigating the incident as a hate crime.