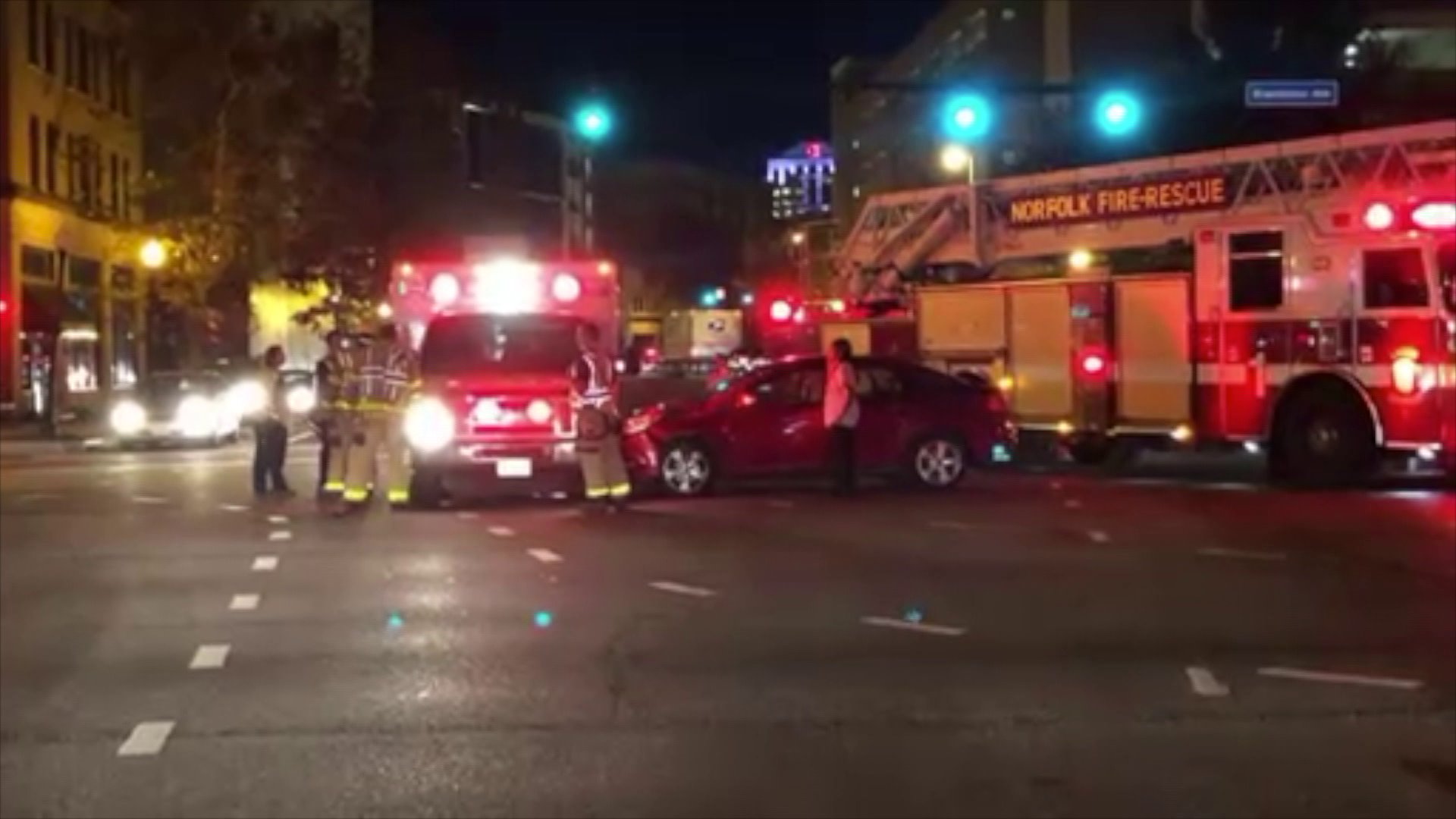 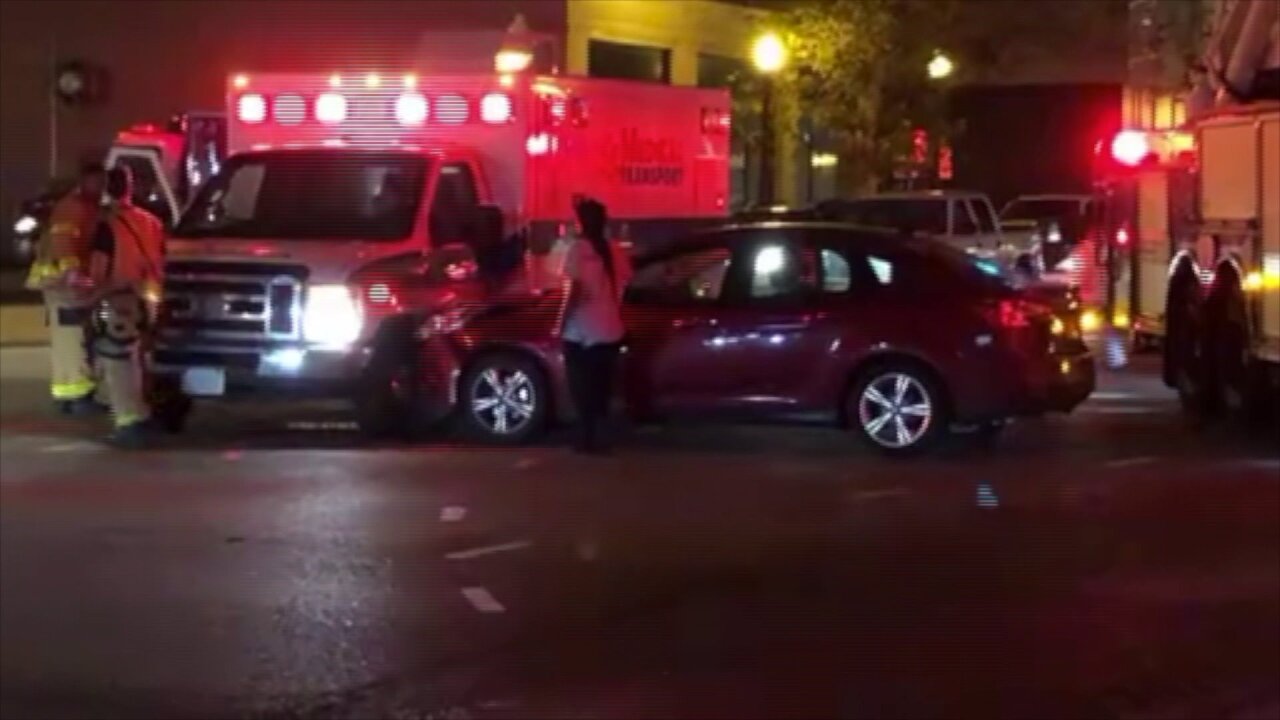 NORFOLK, Va. - An ambulance was involved in a crash with another vehicle at the intersection of W. Brambleton Avenue and Boush Street Thursday evening.

The crash happened just after 7:30 p.m., according to dispatch.

News 3 photographer Justin Fleenor captured the above video right outside the newsroom.

According to officials, the ambulance entered the intersection when the vehicle struck it on the driver's side door.

There was a patient in the ambulance when it crashed. Officials added that another medical transport arrived and transported the patient to the hospital.

The driver of the car was issued a summons for failure to yield to an emergency vehicle.