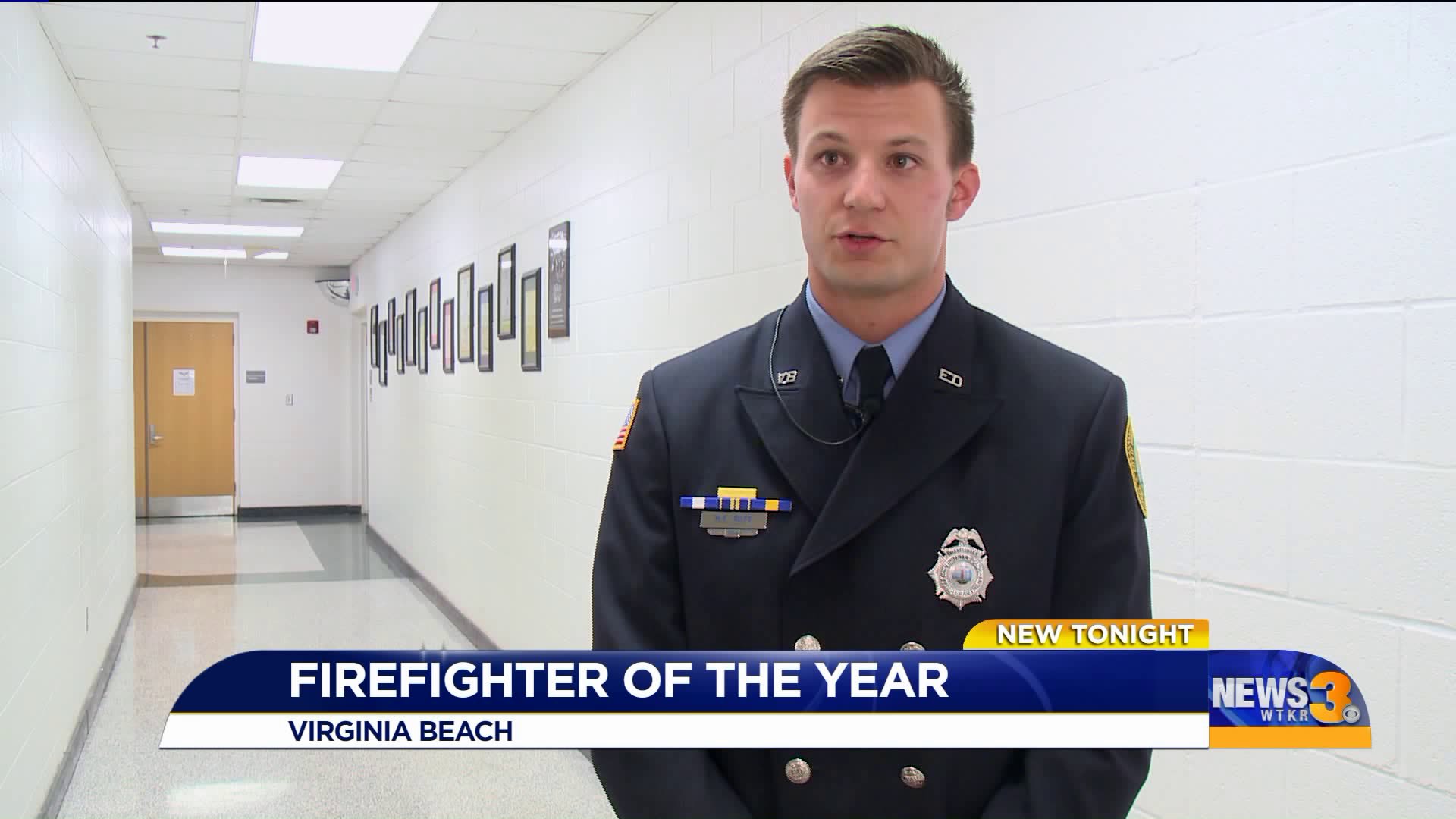 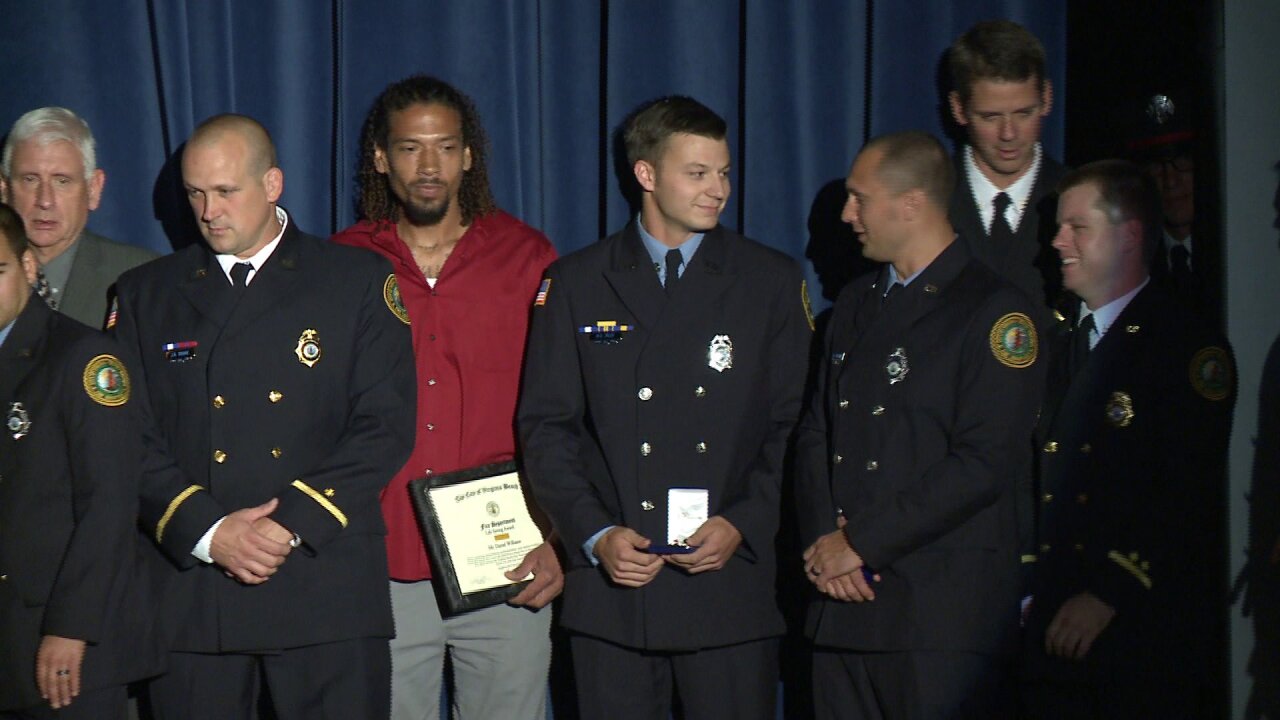 VIRGINIA BEACH, Va. - The Virginia Beach Fire Department recognized one of its own heroes who rescued two children from a burning trailer last December.

During the department's annual awards ceremony at Landstown High School Wednesday night, Mitchell Riley was named the 2019 Virginia Beach Firefighter of the Year.

The 2019 Virginia Beach Firefighter of the year is Mitchell Riley. The same firefighter who rescued two children from a burning trailer December 2018 pic.twitter.com/9xnLklvWY7

Late last year, Riley saved a 7-year-old girl and a 2-year-old boy from a burning trailer. The fire started because of a heater, tearing through their mobile home in Virginia Beach.

Riley saved the children right before the room they were in collapsed. The oldest, 7-year-old Kaira, was pulled out of the home through a window and had cuts and minor burns as a result. Jaxson, 5, and the toddler, Aurora, were unable to get out until the fire department got there.

However, Riley said he did what any of his fellow firefighters would have done.

"If I wasn't there, then all my brothers and sisters behind me would have been there," Riley told us after the ceremony. "It doesn't matter who's there that day on the fire truck; we're all ready to step up at any time." 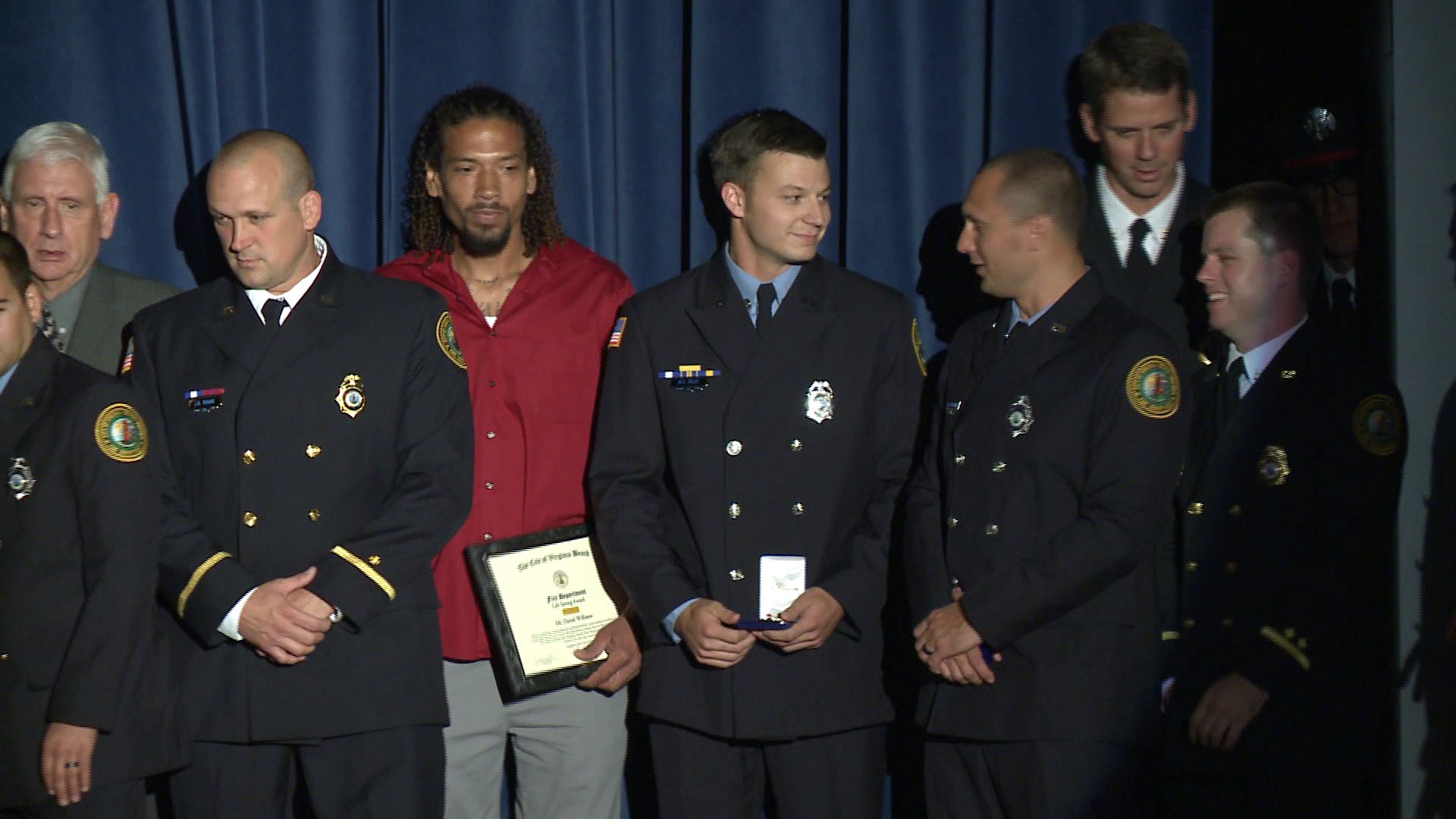 In March, News 3 was there as Riley met the children after they spent several months at a burn center in Boston. Many churches and local businesses held fundraisers for the family after they lost everything in the fire.

Virginia Beach resident Daniel Williams was also honored during the ceremony. The neighbor rushed in and helped save one of the children before firefighters arrived on scene.

"Once you save a life, for me, that's the biggest accomplishment: To be able to offer somebody else's life," said Williams. "So, for the rest of my life I wanna treat every day like it's my birthday; live my life to the fullest."