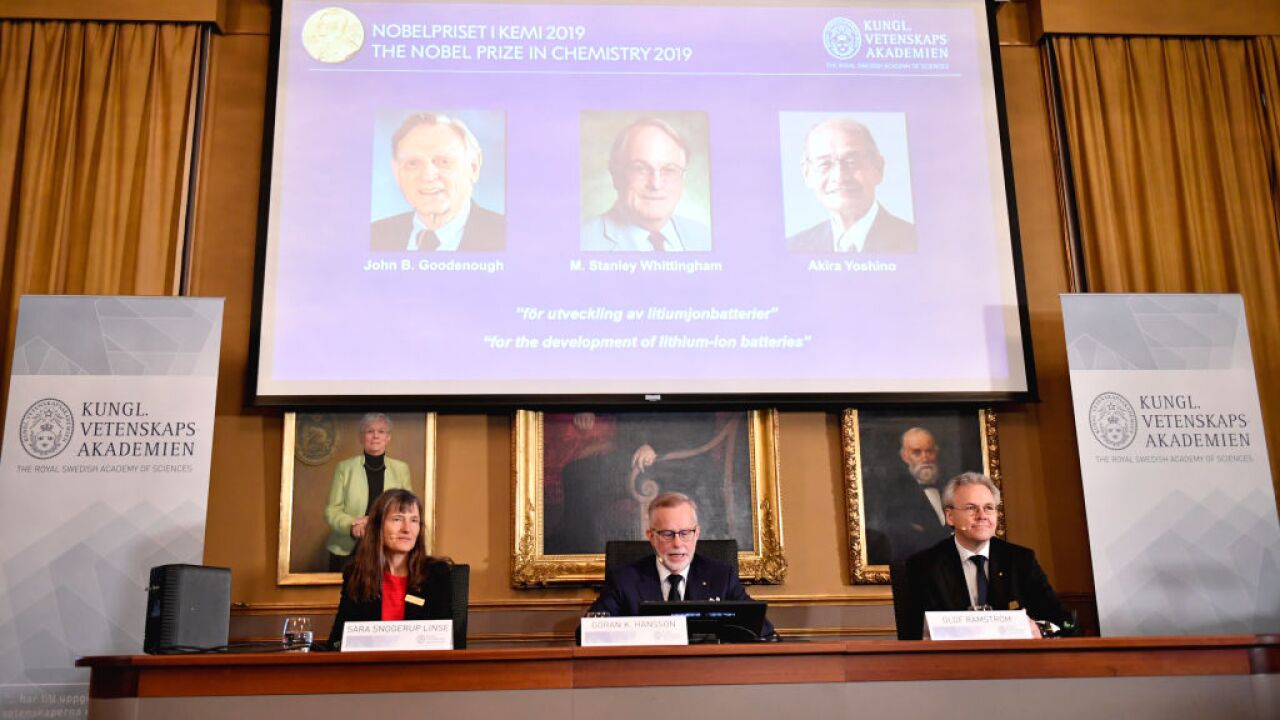 The 2019 Nobel Prize in Chemistry has been awarded to John B. Goodenough, M. Stanley Whittingham, and Akira Yoshino for their research in improving battery technology.

The trio will share the prize for their work on “the development of lithium ion batteries,” according to the Nobel committee.

“Lithium ion batteries have revolutionized our lives and are used in everything from mobile phones to laptops and electric vehicles,” tweeted the committee.

“Through their work, this year’s Chemistry Laureates have laid the foundation of a wireless, fossil fuel-free society,” it added.

Whittingham developed the first functional lithium battery in the early 1970s, but it was too explosive to be viable, according to a statement from the committee.

Yoshino later eliminated pure lithium from the battery, producing the first commercially viable lithium ion battery in 1985, according to the statement.

This is safer than pure lithium and made the battery workable for real-world applications.

Lithium ion batteries are ubiquitous today, used in cell phones, laptops, and many other devices.

Their development was also key in allowing moves away from fossil fuels, as the batteries enabled the storage of energy from solar, wind and other renewable sources.