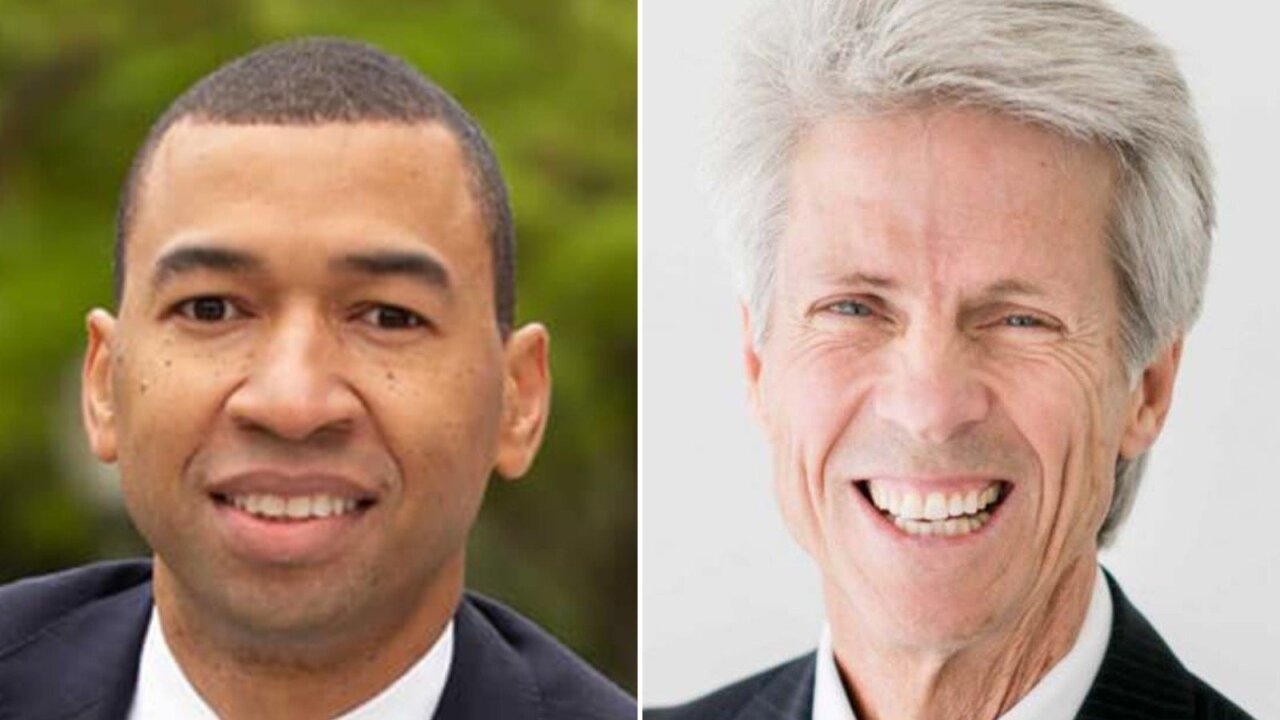 Montgomery County Probate Judge Steven Reed faces off against TV station owner David Woods in a mayoral run-off election to take leadership of the majority-black city. If elected, Reed would become the first black mayor of Montgomery since the city was founded in 1819.

Montgomery County Probate Judge Steven Reed won the mayoral run-off election, unofficial results show, and will become the first black mayor of Montgomery, Alabama, since the city was founded in 1819.

Montgomery County Probate Judge Steven Reed faces off against TV station owner David Woods in a mayoral run-off election to take leadership of the majority-black city. If elected, Reed would become the first black mayor of Montgomery since the city was founded in 1819.

“Let the record show tonight, above all … what we can do when we come together in this city and we build around positivity, around opportunity, and all the things that tie us together versus those things that keep us apart,” Reed told supporters at a rally turned victory party.

Reed’s message was one of unity.

“Tonight isn’t the end, tonight is the beginning,” he said. “Tonight sent a signal, not just to all of us here in Montgomery, all of us in Alabama, it sent a signal throughout this country about what kind of community we are right now, not what we were.”

The vote count, according to the Montgomery County Election Center, with 98% of precincts reporting, was:

In his concession speech, Woods said he would work to support Reed and to bring Montgomery together as a united city, according to the Montgomery Advertiser.

Reed and Woods received the most votes in August in the city’s 12-person primary, leading to Tuesday’s run-off. Reed got 42% of the vote, while Woods earned about 25%, CNN affiliate WSFA reported.

“We ran a very good race. We worked hard, met with a lot of people, and it just worked out that our opponent had more votes than we did,” Woods told WSFA.

Sixty percent of Montgomery’s roughly 200,000 residents are black or African-American, according to the US Census.

Longtime resident Diana Stokes Williams told CNN outside a polling station she had marched during the civil rights movement, been through segregation and was “very aware of the prejudice that has existed in her community.”

“Coming from Montgomery … where there’s been a lot, Alabama’s been full of lot of prejudice , and to go from (former Alabama Gov.) George Wallace to Reed would be a major step.”

Williams said she voted in every election and it is important to have someone who looks like Reed represent the community.

She said as a black man, Reed has a greater perspective on life in Montgomery and can see both sides. She added that she hoped Reed would represent all races.

Alabama’s second-largest city and its capital, Montgomery was also the first capital of the Confederacy early in the Civil War, and many streets and schools still bear Confederate names.

Montgomery later became the site of Rosa Parks’ famed bus boycott in 1955 and Dr. Martin Luther King Jr.’s Dexter Avenue Baptist church, as well as the destination of the 1965 Selma-to-Montgomery protest marches that met with brutal police violence and led to the Voting Rights Act.

The nation’s first memorial to the more than 4,000 victims of lynchings, the National Memorial for Peace and Justice, opened last year in Montgomery.

Reed was elected in 2012 as a probate judge in Montgomery County, becoming the first African-American and youngest person to do so, his website says.

Woods is the owner and president of Woods Communications, which owns local television station WCOV, a CNN affiliate.

Todd Strange, Montgomery’s mayor since 2009, was not running for reelection.