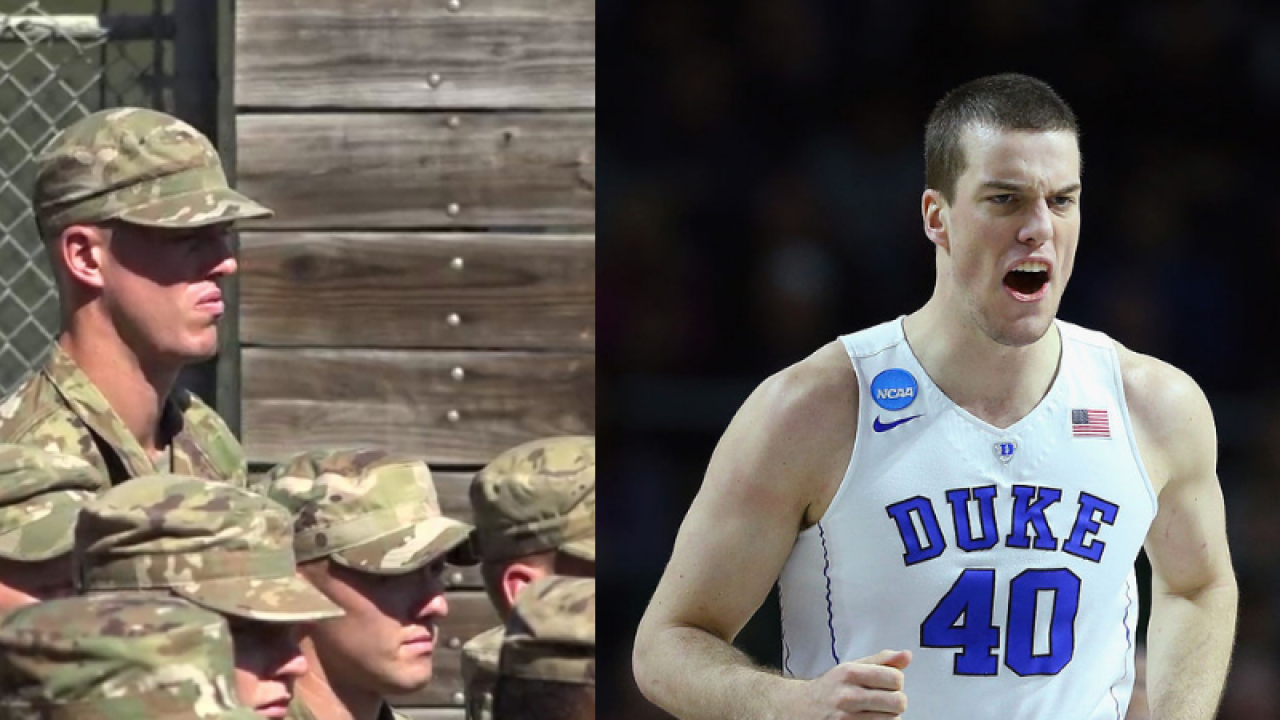 It was hard to miss Marshall Plumlee on graduation day.

2nd Lt. Plumlee played for Duke University as a Reserve Officers’ Training Corps (ROTC) cadet in 2015, the year they won their fifth NCAA Championship title. He trained under legendary coach Mike Krzyzewski, also known as Coach K, who also served in the Army and played for the Army basketball team.

Brig. Gen. David Hodne, head of the Army’s Benning Infantry School, posted a photo of himself with Plumlee on Saturday. “From the NBA to leading the way! Proud of today’s Ranger School graduates including 2LT Marshall Plumlee,” Hodne wrote.

Plumlee also posted a photo of his mother pinning his newly-earned Ranger tab on to his uniform. “No one more deserving of pinning my Ranger Tab. Going from the NBA to the active duty Army and now Ranger School I have to thank my biggest supporter in the transition, my mom,” he wrote.

Plumlee’s two brothers — Mason and Miles Plumlee — also both played for Duke and the NBA.

Another Army graduate also made headlines this week — 1st Lt. Chelsey Hibsch, the first woman in the Air Force to graduate Ranger School. The Army didn’t open the course to women until 2015, and even then it was only on a trial basis. Of the 196 graduates this year, only four were women.

The students train for 62 days with minimal food and little sleep, and learn how to operate in the woods, mountains and swamplands.