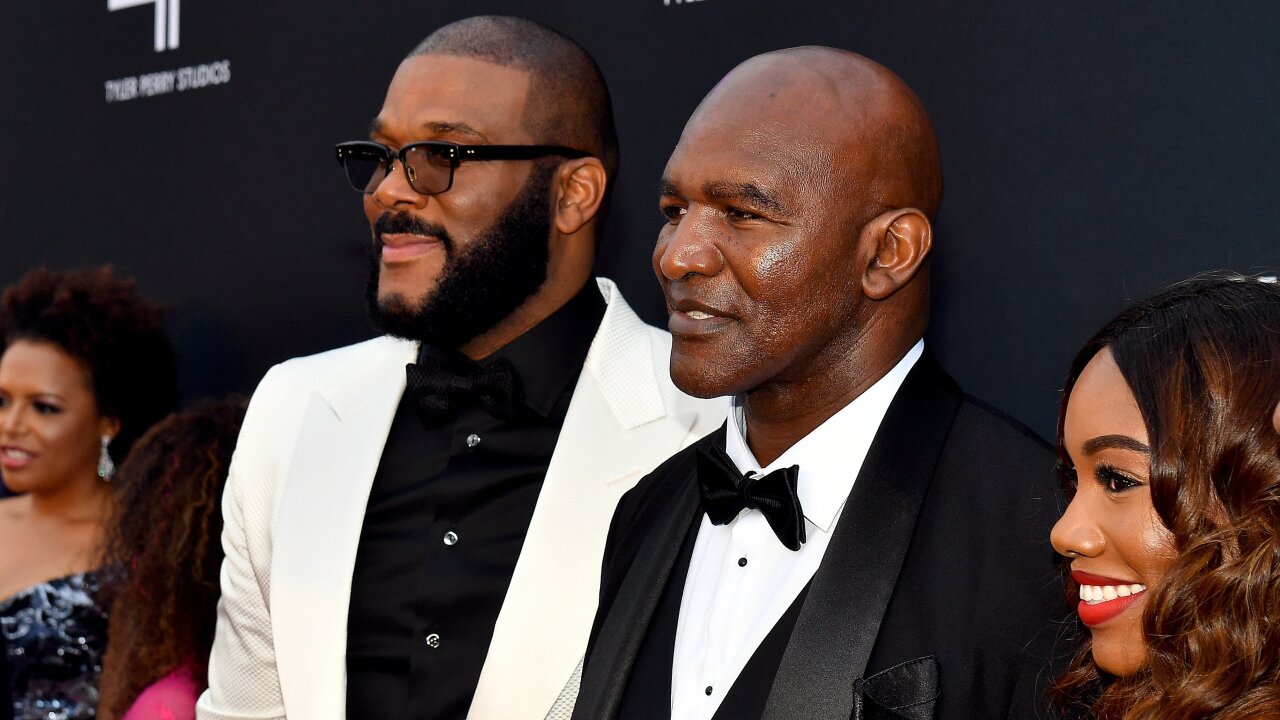 Atlanta has come to be known as “Black Hollywood” because of Tyler Perry and this past weekend he really made it happen.

Atlanta has come to be known as “Black Hollywood” because of Tyler Perry, and this past weekend he really made it happen.

Atlanta has come to be known as “Black Hollywood” because of Tyler Perry and this past weekend he really made it happen.

The media mogul opened a 330-acre filming complex in the Fort McPherson area that drew just about every major African-American star.

A gala event Saturday included celebs such as Oprah Winfrey, Beyoncé, her husband Jay-Z, Cicely Tyson, Sidney Poitier, director Ava DuVernay, and so many others.

Naturally, there were plenty of Instagrams to mark the huge celebration for the $250 million studio.

“I am so grateful to have witnessed Black Excellence, History, and Greatness!” Kelly Rowland posted on photos showing her at the event. “The ground we stood on, the room! And EVERYTHING this Lot represents! I am humbled, inspired, and so encouraged! Thank You for being a force!”

The studio, which contains 12 sound stages named for esteemed black performers, was built on a site that served as a Confederate army base during the American Civil War.

Being surrounded by so much history and so many legendary stars moved Rowland’s fellow Destiny’s Child member Beyoncé, who also paid tribute to Perry on social media.

Happy Sunday. Congratulations to Tyler Perry on the opening of his studios. I could feel our ancestors’ presence. Surrounded by my heroes, I watched Denzel, Queen Oprah, Spike, Whoopi, Sir Poitier, Will, Halle , Dame Cicely and our angels John Singleton and Diahann Carroll honored. The Armand de Brignac crashed against each soundstage as fireworks lit up the sky. Generations of blood, sweat and tears, success, excellence and brilliance. It makes me so proud, so full, I could not stop crying. Thank you my Virgo brother for so much love and passion put into every detail. My prayer today is that you will take it all in. You inspire me to dream even bigger.

Perry became the first African-American to open his own studio in 2006, which was at another location in Atlanta.

But the new complex marks a major achievement for the man who started out as a struggling playwright who at times was homeless.

Since then, Perry has become a noted actor, producer and director, whose 20 films have grossed more than $900 million domestically.

Related: Tyler Perry used his personal plane to fly aid to the Bahamas

The weekend included a Sunday service and brunch, which also drew a bevy of stars.

“Headed for a triple dose of inspiration this morning!” singer Michelle Williams, the third member of Destiny’s Child Instagrammed, showing off her Sunday best. “Still celebrating @tylerperry and the opening of @tylerperrystudios! It’s absolutely breathtaking!!”

Perry purchased part of the decommissioned Fort McPherson in 2015.

His new studio is now one of the largest in the country and he told the Atlanta Journal Constitution he plans to further develop the area with restaurants and retail shops in hopes of making the studio a destination in the community.