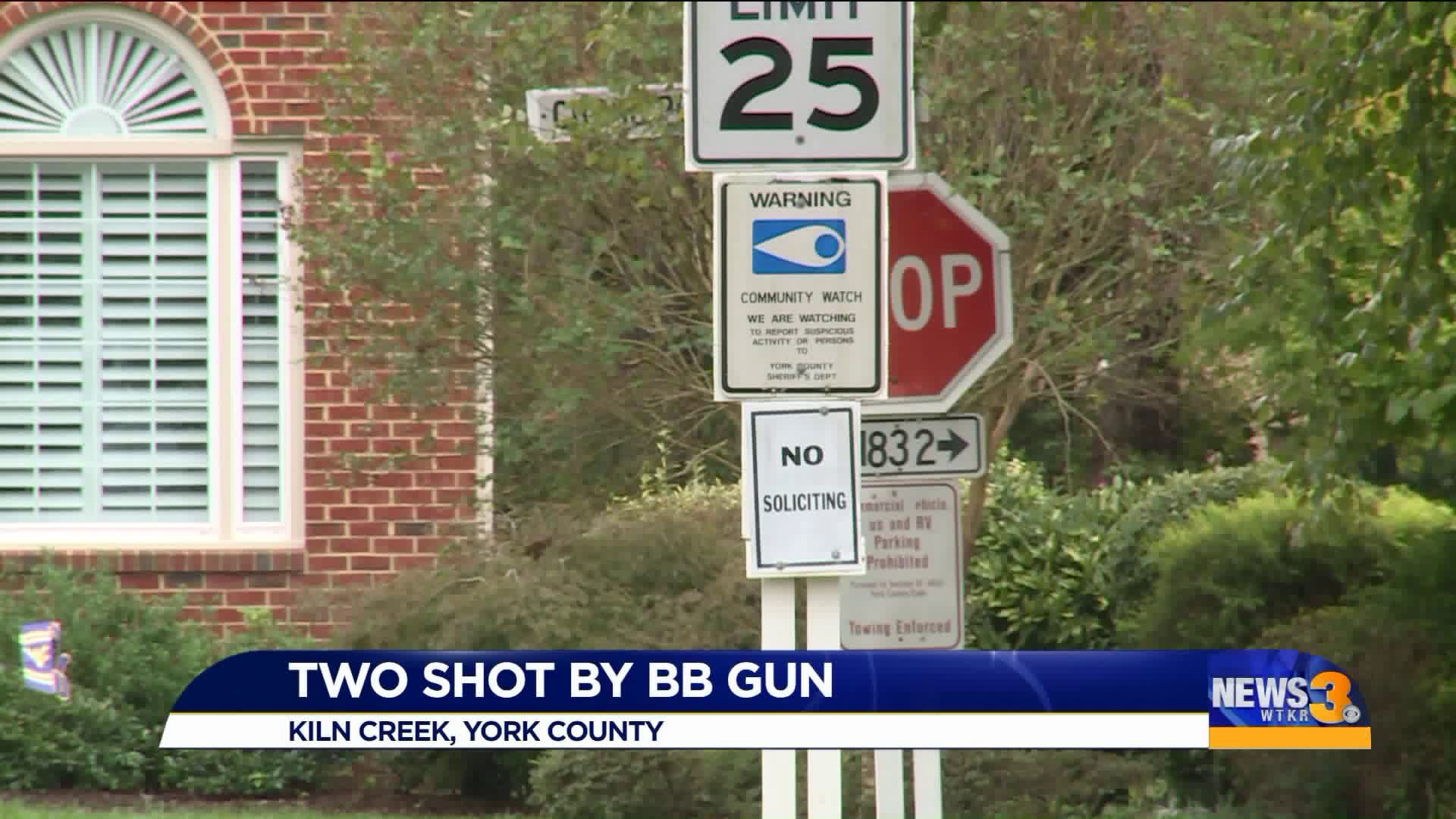 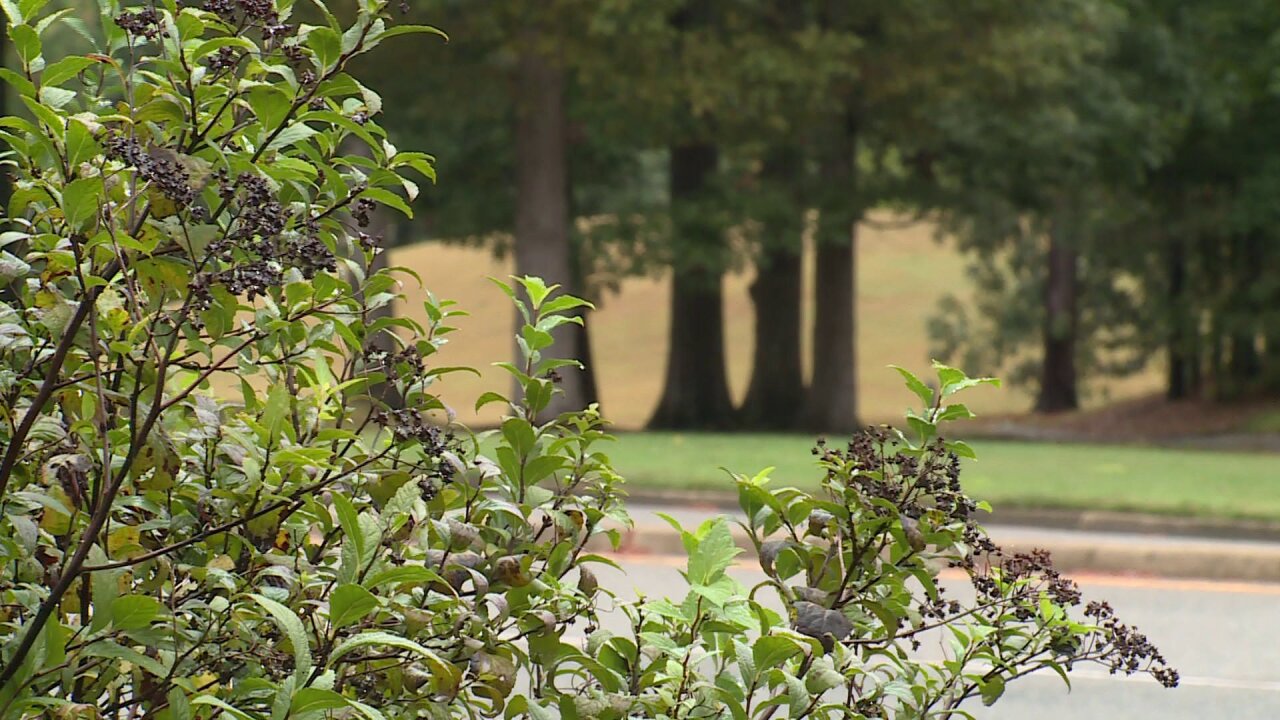 YORK Co., Va. - Two people were shot by a group in a vehicle with a BB gun, investigators say.

One was walking. The other was on a bike along the 1900 block of Kiln Creek Parkway on Sunday evening at about 5:30 p.m. Both were not seriously hurt, according to investigators.

The first victim was hit several times in the leg. The other was hit in the bike helmet followed by the back and forehead. In addition, the window of an SUV was shot out along Aberfeldy Way.

"It's a little disconcerting because normally we have no activity like that in Kiln Creek," said Tom Lyon, a neighbor. "You just don't hear about it."

Investigators are now trying to track down a dark blue hatchback or SUV, believed to be a Nissan Rogue. At least five people were in the vehicle, according to investigators.

"York County does a great job and Newport News - the police department and Sheriff's department-  do a great job of patrolling these areas out here so you just don't hear about it," said Lyon.