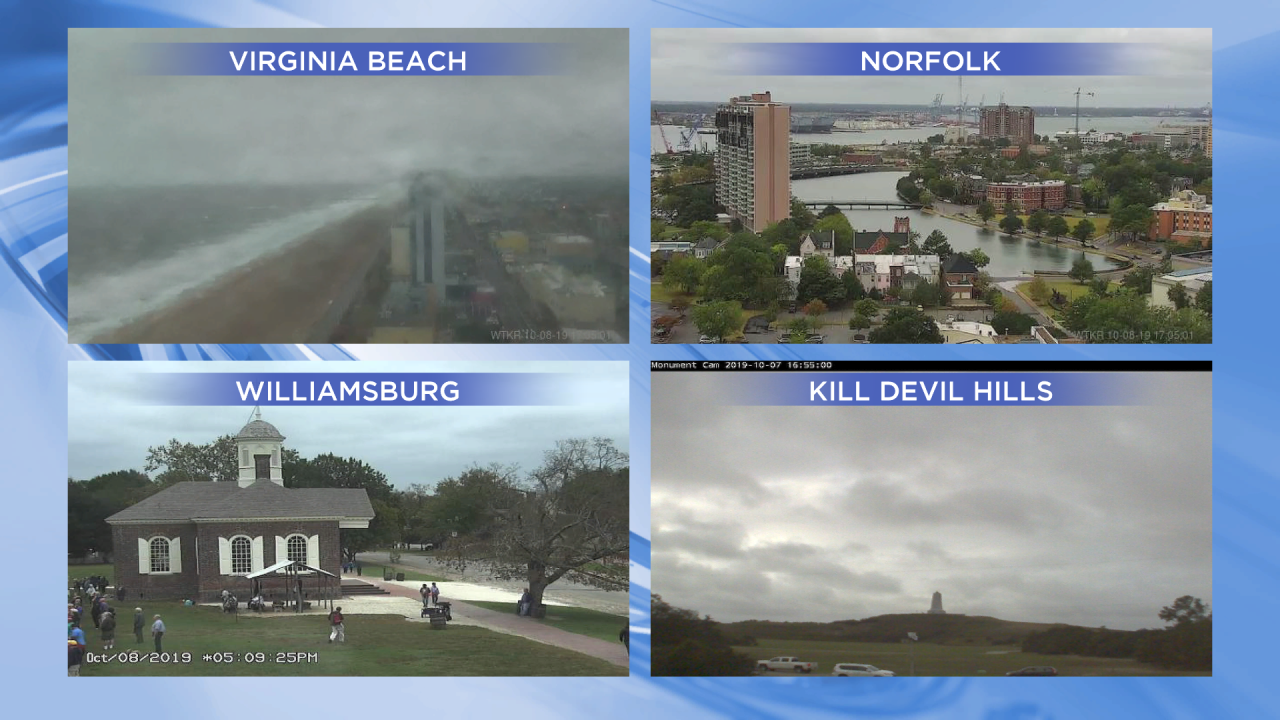 An area of low pressure will develop off the coast and spread moisture in our direction. Expect cool and cloudy conditions Tuesday with highs in the upper 60s and low 70s. Keeping a 50 percent chance for scattered showers. Winds will pick up out of the north and northeast at 15-25 mph. The area of low pressure will stall off the coast keeping us in the clouds and giving us a chance for a stray shower through the end of the week. Showers will be possible on Wednesday with overcast skies and highs in the upper 60s to near 70. Since we’ll have persistent winds out of the northeast, some minor tidal flooding is possible at times of high tide on Wednesday and Thursday.

We may see a few breaks in the clouds on Thursday and Friday. Temperatures will remain below normal with highs in the upper 60s and low 70s. Keeping a slight 20 percent chance for an isolated shower.

A cold front will move in for the weekend, but again will not have a whole lot of moisture associated with it. Keeping a 30 percent chance on Sunday. Temperatures will be in the low and mid 70s.

A non-tropical low pressure system located over the central Atlantic between Bermuda and the Azores continues to produce gale-force winds to the north of its center. Environmental conditions are somewhat conducive for the low to acquire some subtropical or tropical characteristics through early Wednesday, and this system could still become a tropical or subtropical storm later today or early Wednesday while it moves slowly westward. Upper-level winds are expected to become unfavorable for further development by Wednesday evening.

Recent satellite wind data indicate that a small area of low pressure has formed in association with an area of disturbed weather located a few hundred miles southeast of Charleston, South Carolina. The system is producing winds to near tropical storm strength and the associated thunderstorm activity has recently shown some signs of organization. Although upper-level winds, are not particularly favorable for additional development, only a small increase in organization could result in the formation of a tropical depression or storm later today or tonight. On Wednesday, the system is forecast to merge with the low off the east coast of the United States, and further development is not anticipated after that time.