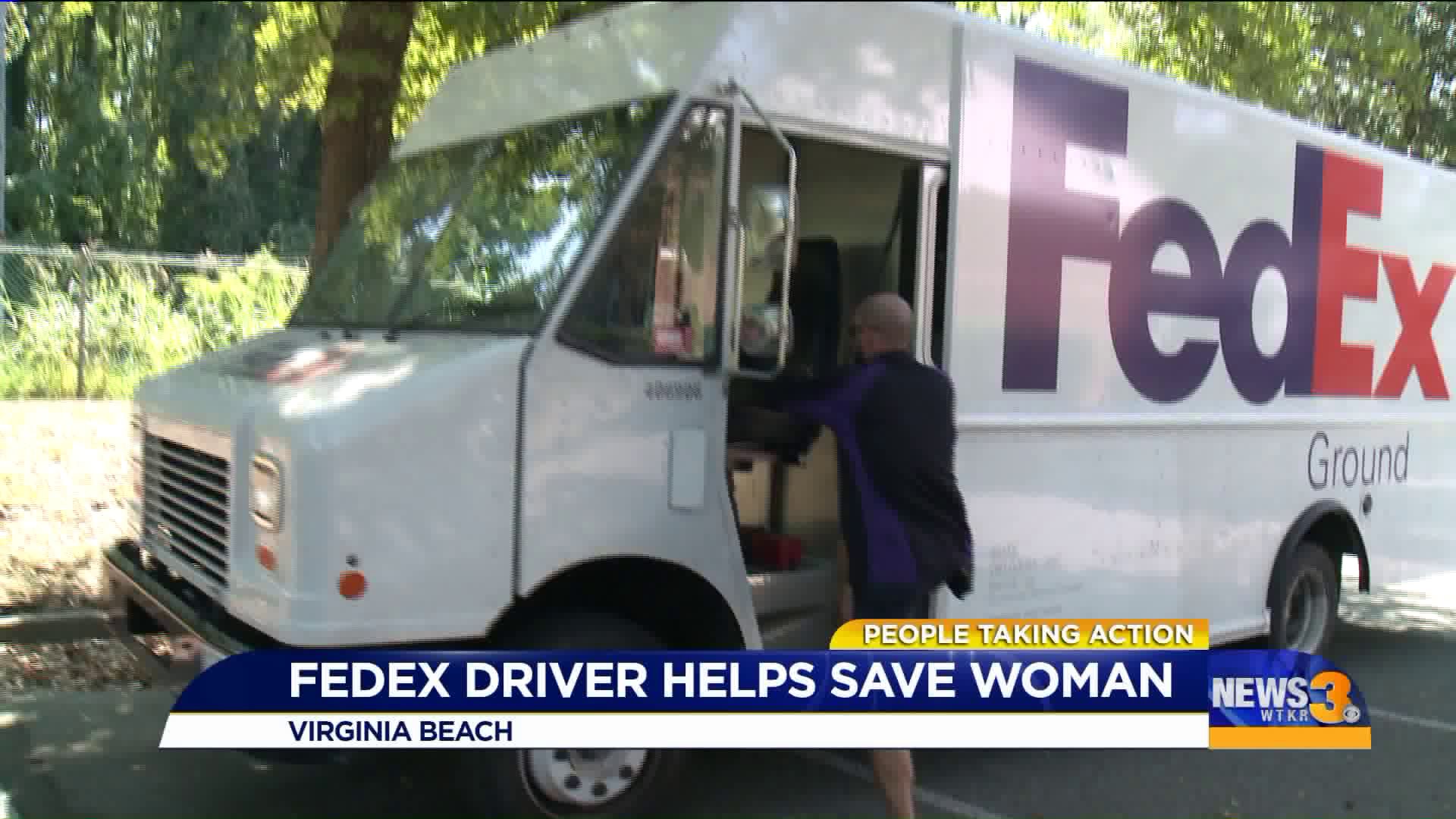 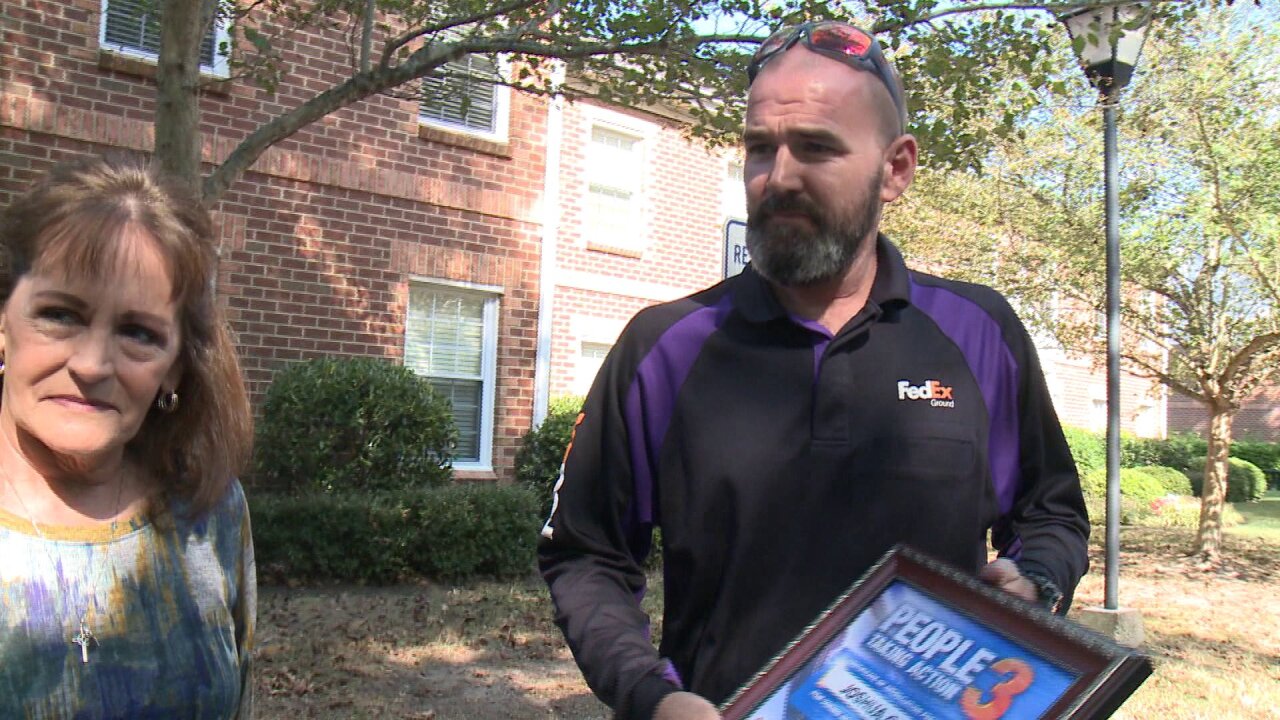 VIRGINIA BEACH, Va. - A late-summer evening trip to take out the trash turned in to a life-or-death excursion for Virginia Beach resident Nancy Mitchell.

“I took some boxes down to the dumpster, and all of a sudden I couldn’t breathe," Mitchell recalled.  “I was gasping for air and I could barely walk.”

She was desperately trying to make it back to her apartment to get her inhaler, her lifeline.

“I was huffing and puffing and I wouldn’t have made it. I got to my front area here and just collapsed," she said.

She didn't have enough breath in her to call for help.

Meanwhile, FedEx driver Joshua Gibson was nearing the end of his shift, dropping off a few boxes at Nancy’s apartment complex. He thought she just said, "hi" to him, but something wasn’t right.

“I saw her and she looked like she was in a lot of pain," Gibson said.

Mitchell was having an asthma attack and she didn’t have her inhaler. Her last attack put her in the intensive care unit five years ago. She didn’t want to end up there - or worse.

“My brother had real bad asthma when we were kids, so I knew what was going on after that," Mitchell said. “He went and got my inhaler and called 911 and stayed with me until they got here.”

It was a trip to the hospital that could have been far worse.

And even days after the incident, Gibson was sweet enough to stop by Mitchell’s house and leave a note on her door just to see how she was doing.

So, it's fitting we presented him with a News 3 People Taking Action award at the very spot where our package-carrying protector helped save Mitchell. We also gave him a $300 gift card from our community partner, Southern Bank.

"Are you serious?" Gibson exclaimed incredulously. "Thank you so much!”

We asked Mitchell what she thought would have happened if Gibson hadn't seen her and realized what was going on.

"I wouldn’t have survived," Mitchell said. “So, I’m very grateful for him and I don’t wanna cry."

She gave Gibson a hug.