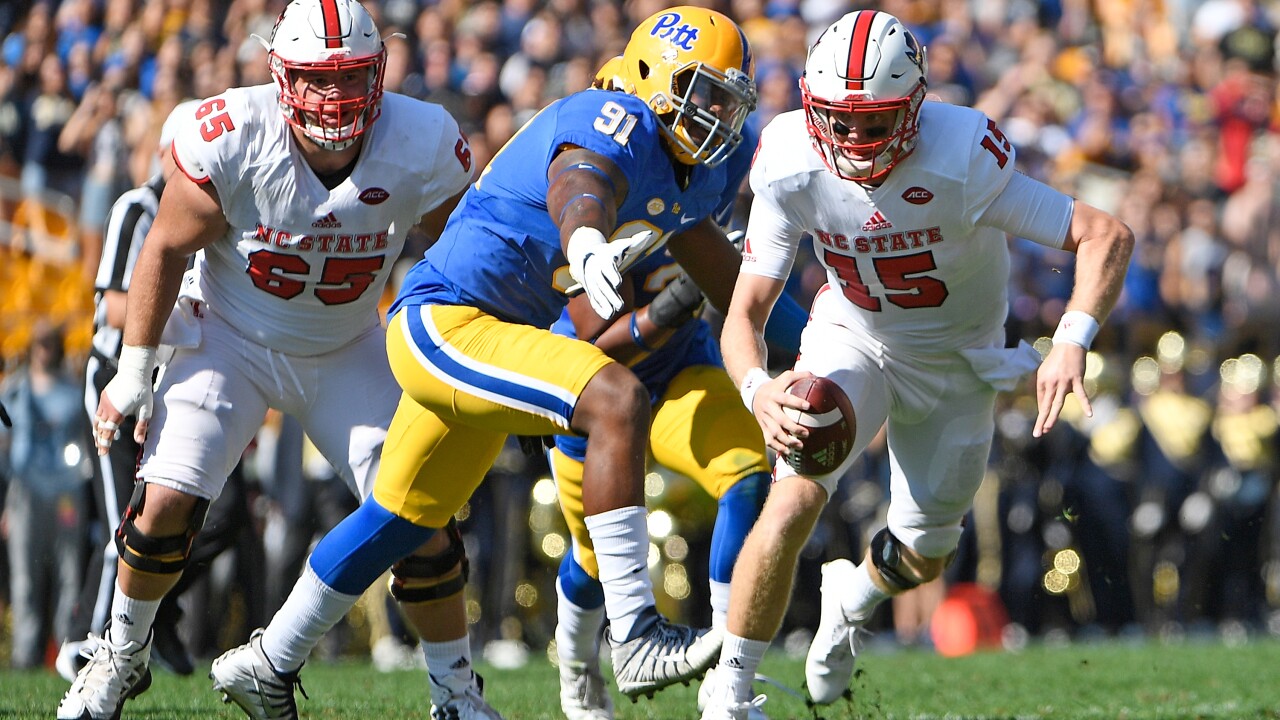 Jones strip-sacked Duke quarterback Quentin Harris twice. His first sack jarred the ball loose at the Duke 7 and Pitt cashed in two plays later with a touchdown for a 26-3 lead in the third quarter. Then, on the Blue Devils’ final possession and Pitt protecting a three-point lead, Jones stripped Harris again and the Panthers recovered to seal the result.

Through six games, Jones has been officially credited with 12 quarterback hurries. According to Pro Football Focus, the Pitt defensive end has pressured opposing quarterbacks on 33 passing plays this season, giving him seven more pressures than any other defender in the ACC and ranking him second in the nation for quarterback pressures.

He has been all season.

According to @PFF_College, Jones has pressured opposing QBs 33 times this season. That's 7 more than any other edge rusher in the ACC and 2nd most nationally.#H2P pic.twitter.com/XOjhtwfj6L

Unstoppable off the edge.

Here are my top performing players of WEEK 6: