Man swipes tombstone from Portsmouth home: How to keep your decorations from disappearing 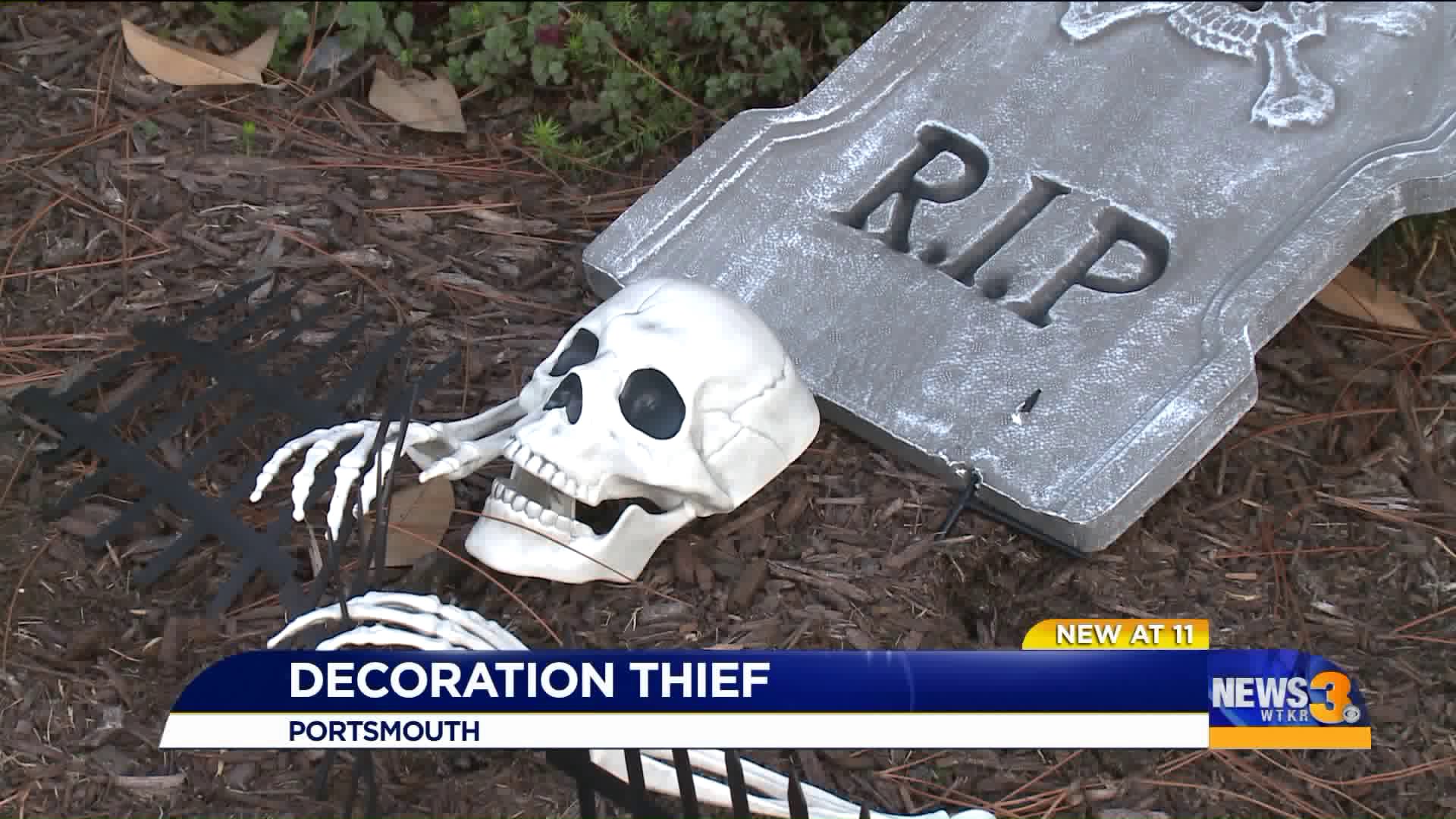 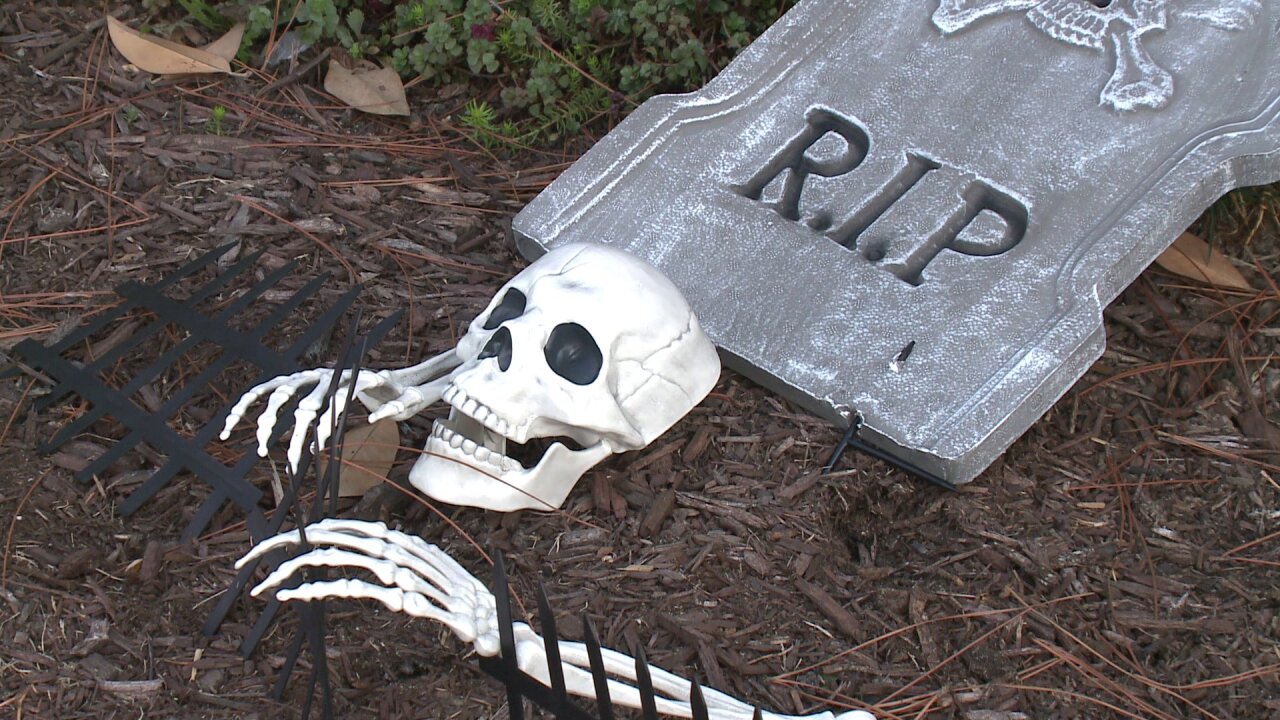 PORTSMOUTH, Va. - Halloween is the beginning of the festive season, the first round of extravagant yard decorations.

Burton and her children couldn’t wait to put up the skulls and spider webs on Saturday at their home on Springwood Drive. She says it’s the only time her 15-year-old son comes out of the house.

“He actually came out and got on a ladder. So, it’s festive in seeing that they can all get along,” she adds.

But on Sunday morning, her daughter noticed some of the decorations were missing, so Burton checked their surveillance cameras.

“I did see somebody coming from this direction running across the yard here. Stopped right there, took it came, over here grabbed this, and then ran off that way,” said Burton.

You can see in the surveillance video a man snatching a tombstone out of the grass and a spider from the web.

“It’s not the amount that it cost. It’s the fact that now my kids are like, 'Where did this stuff go?'" she adds.

“I don’t want them to feel insecure in their own home, knowing that somebody could come that close and take things that belong to them,” said Burton.

Her neighbor across the street can’t believe it. He always brings out his own pumpkins and ghosts.

“That’s like an early Grinch that stole Christmas. I don’t know what they call them for Halloween... but the goblin, I guess,” said Andrew Meeks.

Police say there are some things you can do to keep thieves out of your yard. They say one thing is making sure your decorations are secured. You can tie them down with some kind of chain or rope.

If that’s not enough, they say you may want to take your more expensive valuables inside when it starts to get dark out. Police say adding lights to your decorations can also help keep the tricksters away.

Burton and her kids just finished painting pumpkins Monday. She says she won’t let this man steal their joy.