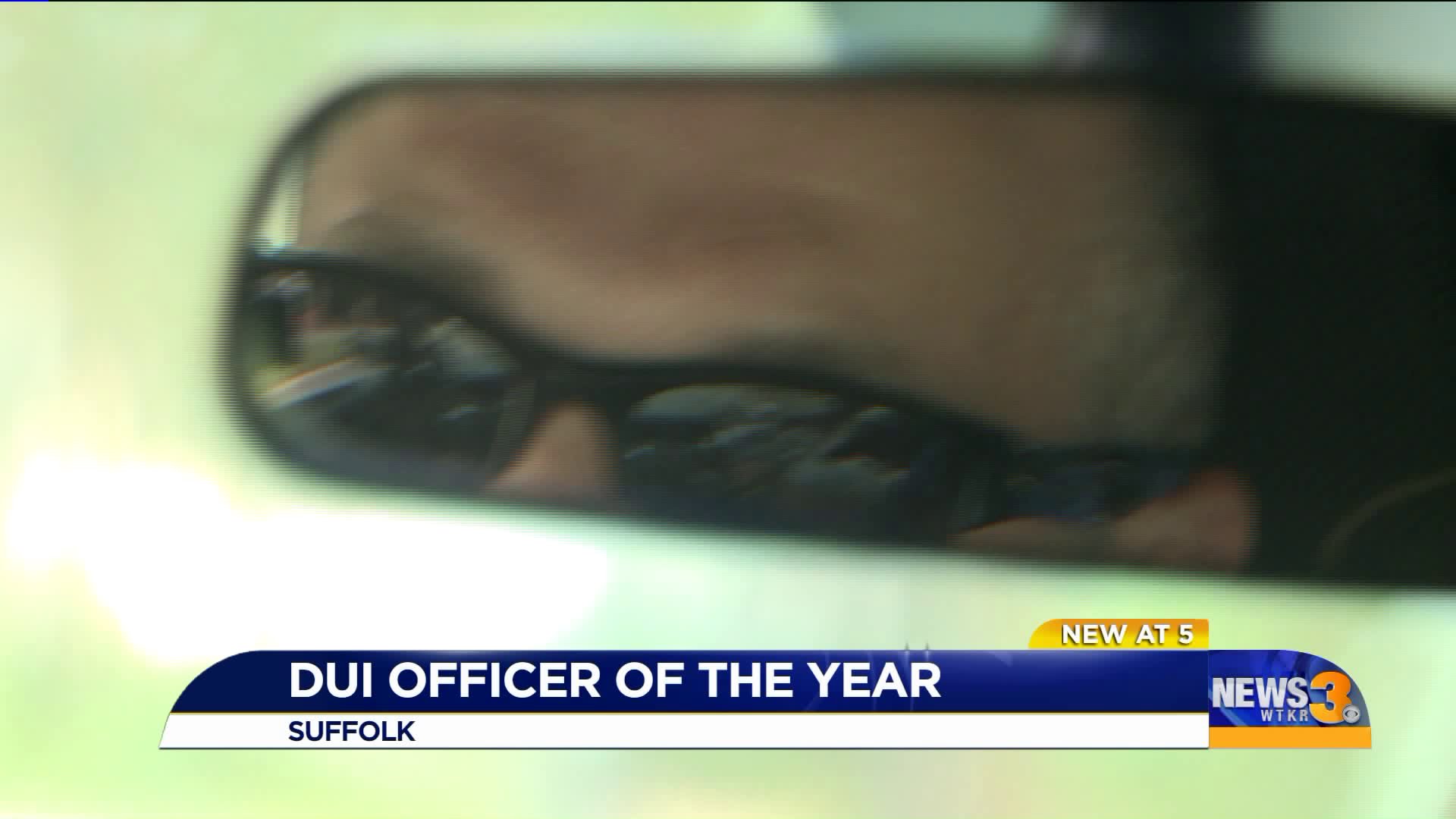 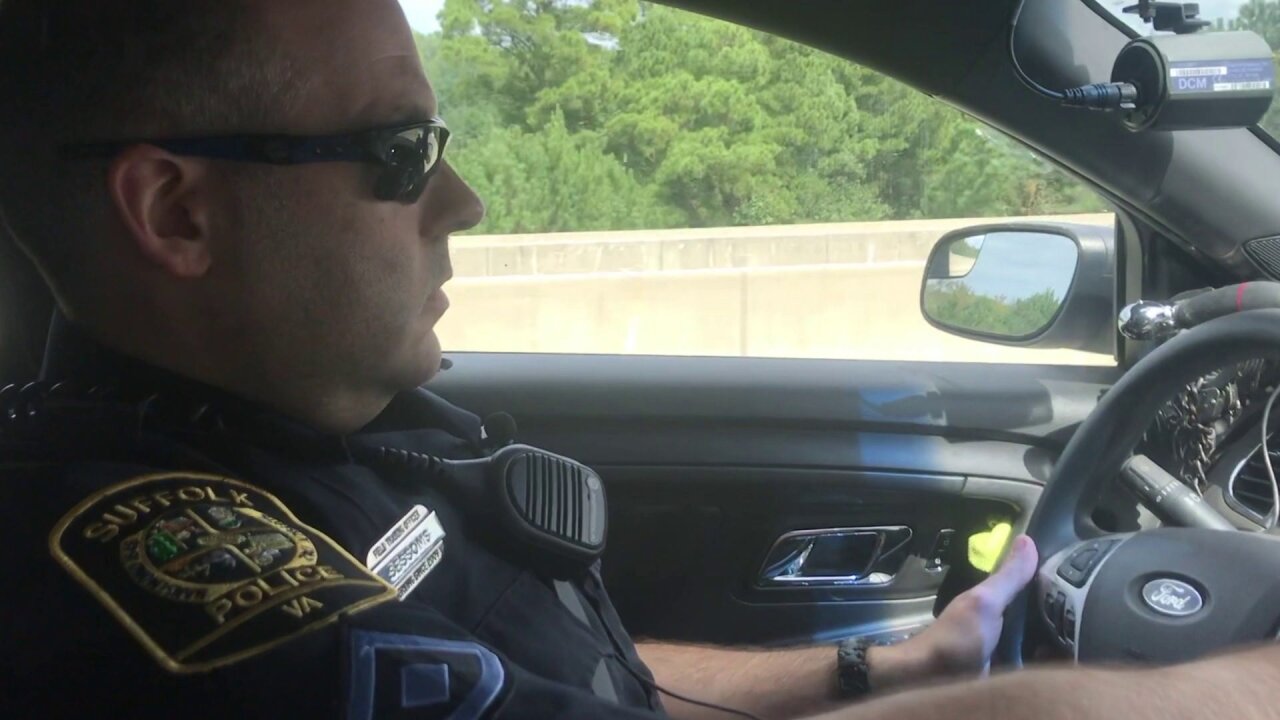 News 3 got an exclusive interview and ride along with this Suffolk officer who is setting records.

Body camera video taken from Sessoms shows a DUI arrest from 2017, in which you can see the driver stumbling and struggling during the field sobriety test. He said he drove his car into a ditch and admitted to having two drinks.

Master Police Officer Sessoms gave the man a breathalyzer test, and it read his blood alcohol level as .189 -  which is over the legal limit to drive.

That's the most amount of arrests for any officer in our region, according to the group Mothers Against Drunk Driving (MADD).

The Department of Transportation says 30 people in our country are killed in drunk driving crashes every day.

“This is a thing that should be obliterated. It should never happen,” said Sessoms. “DUI is not a victimless crime.”

He recently took News 3 on a ride along and explained how early in his career, he was bothered when innocent people were hurt during DUI crashes. He said the resources used, the pain the victims endure and costs can be overwhelming.

Sessoms said arresting drunk drivers was one way he could make a difference and mentioned there are some cases he can't forget.

“I got a few that I think about fairly regularly,” said Sessoms. "It’s more of the needless, senseless actions and, 'How could I have found that guy before it got to that point?'"

Officer Sessoms said the numbers go up during the holidays. He said last year between October and December alone, he arrested 55 people.

“During the holiday season we see a dramatic increase of people that normally don’t do it, but they go to a party and they think they're okay and then all the sudden, there’s an issue,” said Sessoms. “Don’t do it. There’s zero reason to drink and drive. There’s taxis, there’s Ubers, there's Lyfts.”

He said it’s not about punishment; it’s about educating people and making them understand before they get arrested or find themselves responsible for something even worse.