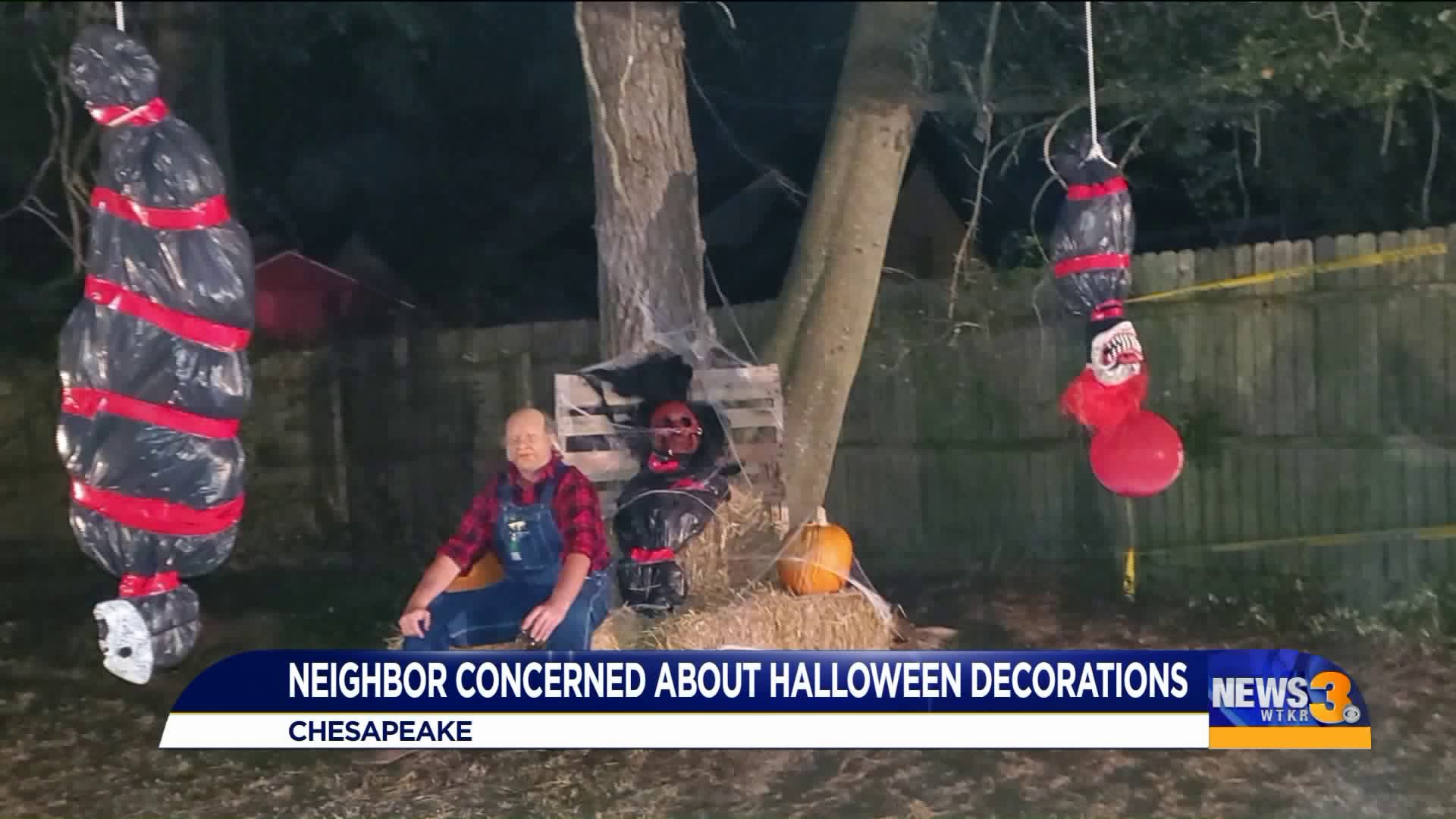 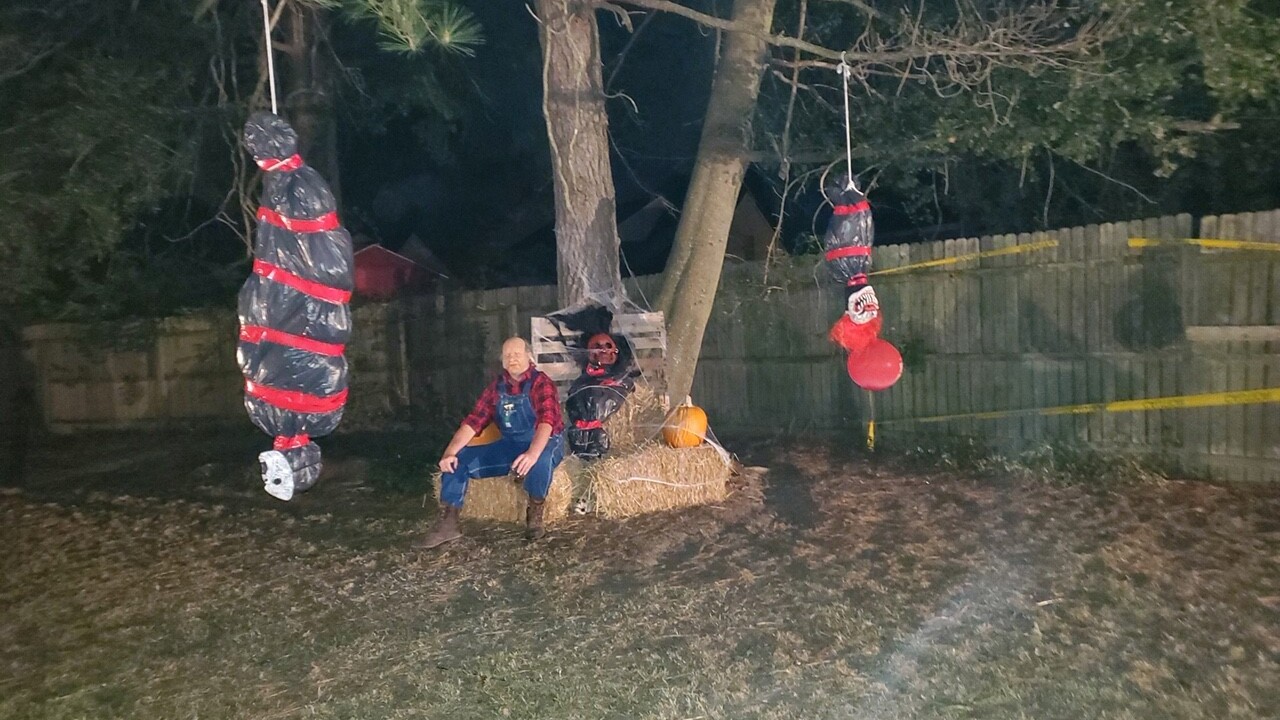 CHESAPEAKE, Va. - As Lori Brunson took out the trash Friday afternoon, she noticed something beyond her backyard fence.

Photo taken from Lori Brunson's perspective of hanging objects she described as "lynching."

"I saw something swinging from a tree. I got closer and it was a replica of a body being hung by a tree limb with a noose around its neck," explained Brunson.

Disturbed, her husband took video of the figures that looked like black trash bags wrapped in tape while she called police.

"They came out and they saw the objects and said they said it was insensitive and they would talk to the gentleman," Brunson stated.

Chesapeake Police confirmed to News 3 they did speak to Brunson and her backyard neighbor. We went to question the man as well.

"They were just black trash bags with paper stuffed in them and clown masks on them," said the man.

Brunson says from her vantage point, she could see no masks.

Related: 'There is no room for hate' CNU removes stickers from group promoting white supremacy

"I saw a white string and a body taped up," said Brunson.

The man confirmed police did approach him and asked that he take down the decorations. He said he would until Saturday when he planned to host a Halloween party.

"The heads were down for a reason. No noose tied - just square knots on the bag, heads down, feet up like monsters," the man explained.

The man also showed News 3 other photos proving he had a Halloween party on Saturday night and the figures were not isolated to be offensive.

"They were facing down because we know this is a predominantly black neighborhood. We didn’t want anyone thinking it was going in that direction," he told News 3.

Brunson says if they were in fact Halloween decorations, they were distasteful in her eyes.

The man we spoke to said the objects are no longer hanging from the tree.