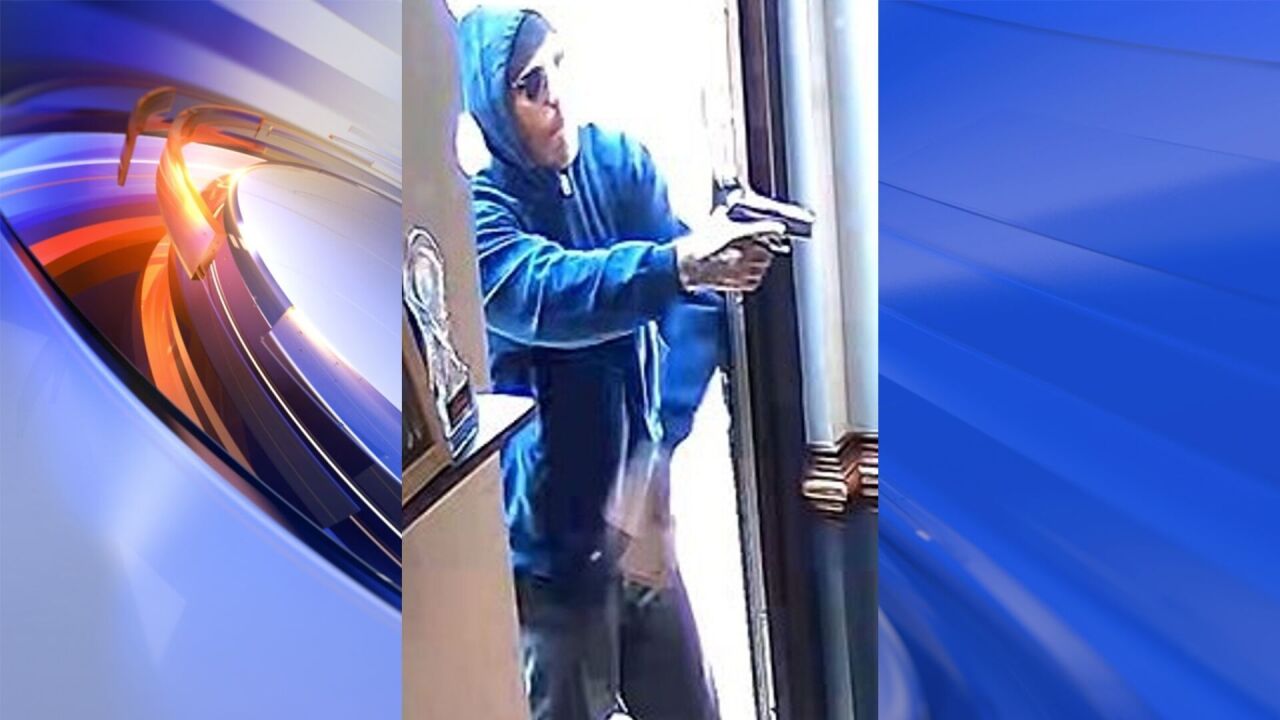 Photo provided by The City of Norfolk

NORFOLK, Va. – Norfolk police are trying to identify a man they say was involved in robbing a Norfolk business on September 30.

Around 2:55 p.m., the man captured on surveillance cameras entered the Southern Amusements located at 3770 Progress Road, displayed a weapon and demanded money. The employee complied, and there were no injuries reported.

After leaving the business, the suspect drove away in a burnt orange four-door sedan.

Photo provided by The City of Norfolk

The suspect is described as a white man, around 5 feet 8 inches tall, and had a tattoo on his left hand.

If you recognize this man or this vehicle, call the Norfolk Crime Line.