LIVE on News 3: Redskins defense holds Patriots to 12 points in first half as they trail by five 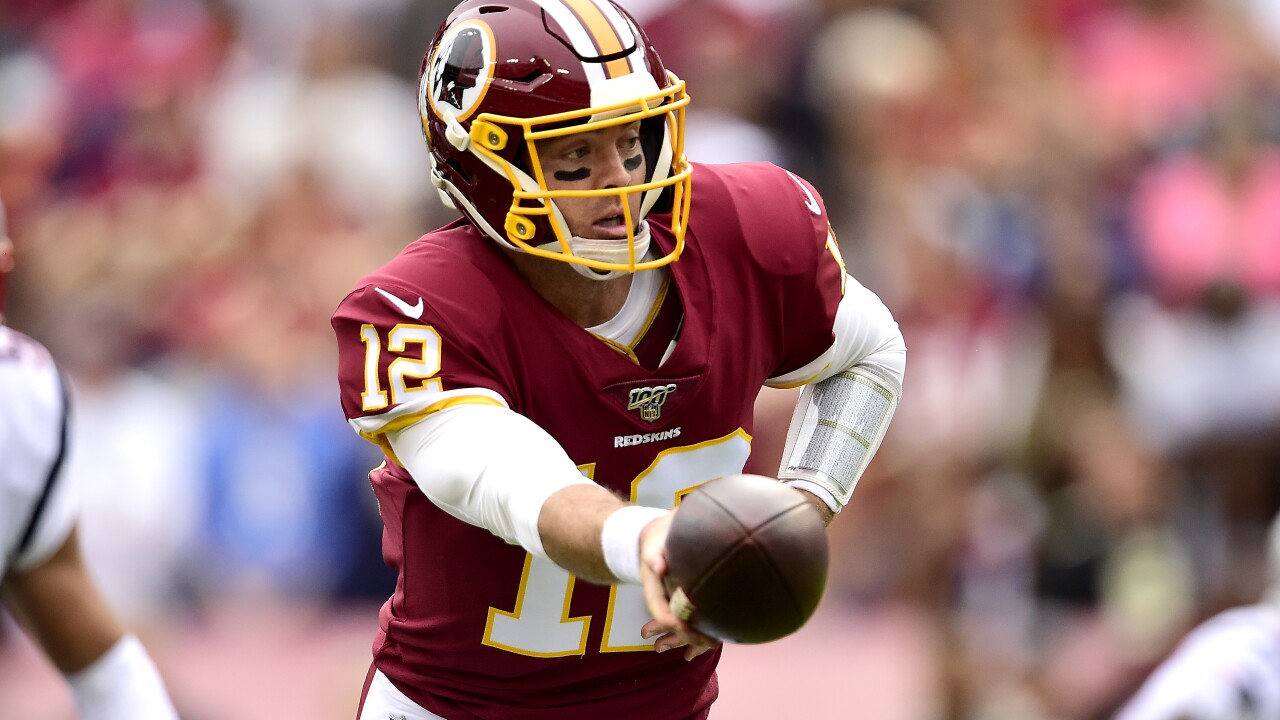 LANDOVER, MARYLAND – OCTOBER 06: Colt McCoy #12 of the Washington Redskins hands the ball of against the New England Patriots during the first quarter in the game at FedExField on October 06, 2019 in Landover, Maryland. (Photo by Patrick McDermott/Getty Images)

LANDOVER, Md. – The Washington Redskins (0-4) defense played well in the first half of Saturday’s game against the New England Patriots (4-0), while the offense beat Tom Brady and company to the punch with the first touchdown of the game.

With 9:26 remaining in the first quarter, Redskins quarterback Colt McCoy handed the ball off to Steven Sims Jr., who ran for a 65-yard touchdown agains the league’s top-ranked defense.

The Patriots quickly answered back when quarterback Tom Brady connected with Julian Edelman for a six-yard touchdown pass. Mike Nugent’s extra point was no good and Washington led 7-6 in the first quarter.

It wasn’t until late in the second quarter that New England would score again, when Nugent had a chance at redemption by completing two field goals to put the Patriots up 12-7.

Washington’s defense has one takeaway and two sacks.