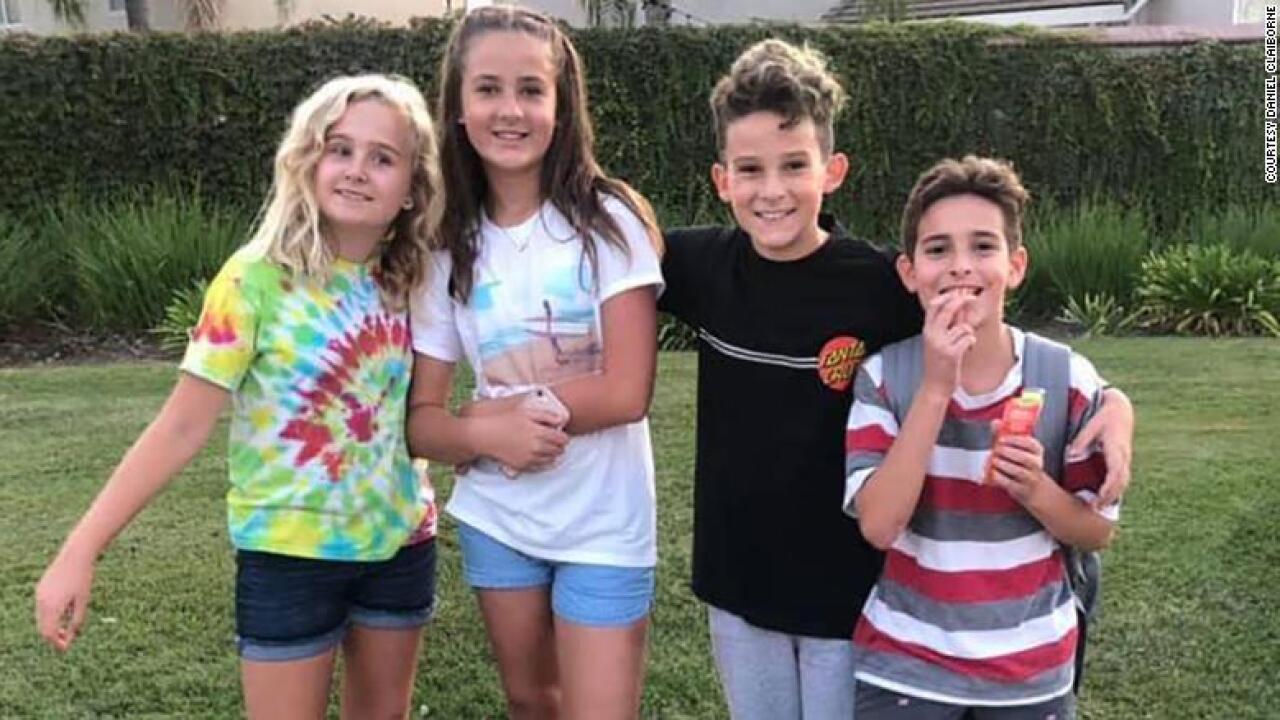 A group of “junior detectives” in Roseville, California, saved the day by helping police locate a missing 97-year-old woman.

The Roseville Police Department alerted the public on September 30 that Glenneta Belford, who has dementia and is mostly non-verbal, had gone missing.

“Help us locate a missing person,” the police department said on Facebook and over loud speakers throughout the community.

Logan Hultman, Kashton Claiborne and Makenna Rogers, all 10, and 11-year-old Hope Claiborne heard the call and immediately sprang into action.

“My friends Hope and Makenna were playing and they heard a helicopter saying a 97-year-old lady was missing,” Logan told CNN.

“So, they came to grab me and my friend Kashton and told us about the missing lady. We all grabbed our bikes and started searching.”

The four children rode around their neighborhood, on sidewalks, streets and nearby trails. They also searched a park near a local middle school.

They even climbed to the top of a hill to get a better view, because police said Belford was known to hide. But on their way down, Logan fell off his bike and scraped his arm and leg.

Slightly fazed, but not discouraged, the group returned to Logan’s home to apply bandages and eat dinner before resuming their mission.

Nearly two and a half hours after Belford was reported missing, they spotted her.

“She was talking to herself and kept saying ‘Go away, go away, I’m talking to my friend,’ but nobody was there,” Logan said. “Hope called 911 and we waited with her until they arrived.”

CNN has reached out to Belford’s family for comment, but has not received a response.

Logan said the group of friends were excited and happy to have found the woman safe.

“We had a party in my tree house eating Goldfish and watching TikToks to celebrate,” said Makenna.

Alyssa Hultman, Logan’s mom, said the parents were “humbled and proud” of their kids for the help they provided.

“They are a great group of caring kids and its events like this that will really help shape them into their future selves,” added Kristina Rogers, Makenna’s mom.

The Roseville Police Department shared a photo of the group on Facebook and said dispatchers were surprised to get a call from the “junior detectives.”

“This is a great example of our exceptional community coming together to lend a helping hand,” Roseville Police said. “This proves a great point, age is just a number and anyone can help out in a time of need.”

When asked why they decided to help, Logan, who now wants to be a detective when he grows up, replied: “Because when someone needs help, you help them.”