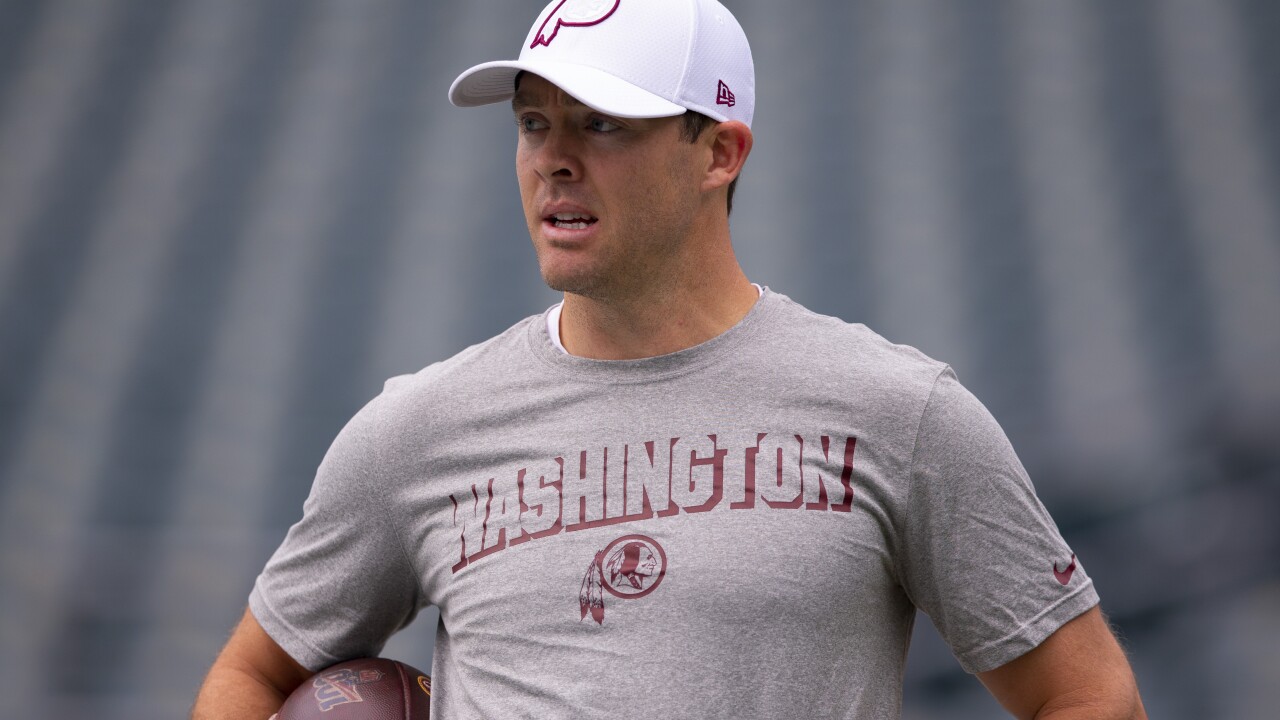 LOUDOUN COUNTY, Va. – The winless Redskins are making a switch at quarterback. But, Washington won’t be giving the keys to the offense to rookie Dwayne Haskins.

Veteran Colt McCoy will start Sunday vs. New England. McCoy, a 10-year veteran, has been inactive for every game this season as he recovers from multiple surgeries to repair a fractured right fibula.

“Well, it’s his job to lose, that’s for sure,” Redskins head coach Jay Gruden said Friday. “You could see he wasn’t quite healthy in training camp and that’s why we kind of sat him, made him get well, get that strength back and that confidence back in his leg so he could be out here now.”

In 27 career starts, McCoy is 7-and-20. However, one of his seven career victories came vs. Tom Brady and the Patriots. In 2010, making just his third career start, McCoy guided the Cleveland Browns to a 34-14 victory vs. New England.