Man who overslept, missed jury duty is sentenced to 10 days in jail 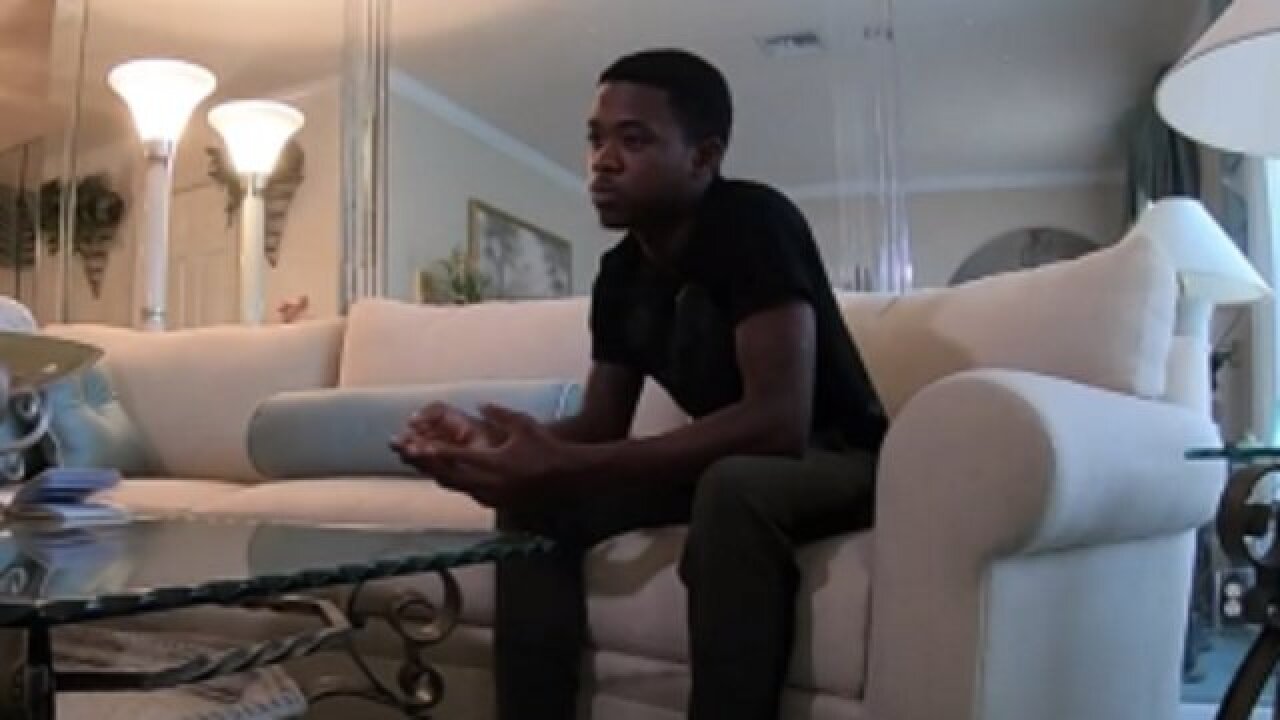 "After going through that, my life will never be the same again," he told WPTV.

In August, he was sworn in as a juror on a civil case. He understood he was to return the next day for the continuation of the trial, but he overslept.

Mistake number two: he didn't call the jury office to let them know what was going on. Days later, he was served with a subpoena to go before the judge.

"I talked to my grandad for a while and he said the best thing you can always do is honesty, so I went for the hearing," said Somerville.

Somerville lives with his grandparents and helps look after his grandfather by taking him to therapy.

"My grandma was saying, 'I think you should dress up,' and I said, 'Nah, I'm going to wear my work clothes cause I felt like at least he can see that I'm doing something, cause a lot of times people get stereotyped, 'Oh, he's just another black boy out here doing something he's not supposed to be doing,'" said Somerville.

But the 21-year-old man could not imagine what was coming next. The judge asked him to explain why he did not show up to court when he was supposed to.

"I said, 'Sir, honestly I overslept and I didn't understand the seriousness of this.' He asked me if I had a criminal record. I said, 'Sir, I've never been arrested,'" added Somerville.

Court transcripts show Somerville apologized, but the judge sentenced him to 10 days in jail. Somerville said all he could think about was his grandfather.

"Like, he depends on me, so it's hard for him," said Somerville.

Fifteenth Circuit Civil Judge John Kastrenakes' order said Somerville's failure to appear delayed the trial by 45 minutes. The court also tried to reach him and could not.

"This is going to show others you have to take this very seriously, but this 21-year-old with no prior record now has a misdemeanor conviction," said Suskauer. "Could there have been other alternatives to be more instructive and less punitive? It's possible."

Somerville served 10 days in jail, is on probation for a year and has to complete 150 hours of community service as well as write a letter of apology. He said he wants to apologize to the parties from the civil case that were delayed because of him.

"It hurts, but it's a lesson learned. It could have been worse. He could have given me 365 days in jail," added Somerville.

The judge's order found, based on Somerville's explanation, there was no good reason to explain why he didn't appear in court. We reached out to Judge Kastrenakis' for more information. Judge Kastrenakis said he cannot comment because the case is still pending.