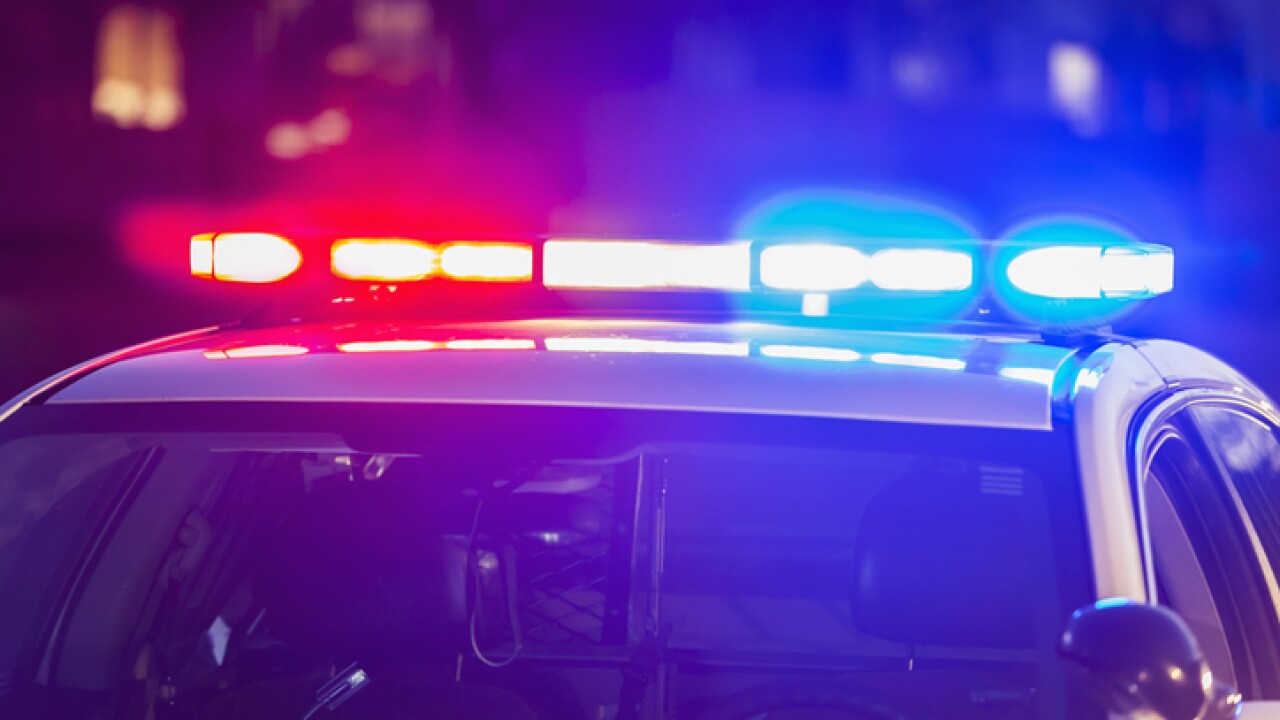 The roof of a police patrol car at night, with the blue and red lights flashing.

An elderly man was arrested in a shooting that left one dead and two others injured at a retirement community in Washington state.

The incident led to a nearly three-hour standoff, and started when police responded to a call of a shooting about 2 p.m. local time Thursday at the Smith Tower Apartments in Vancouver.

When officers arrived at the complex, they found three people with gunshot wounds in the lobby. One man was dead and two female victims were transported to area hospitals for treatment.

The suspect, Robert E. Breck, 80, returned to his apartment after opening fire in the lobby and refused to leave, police spokeswoman Kim Capp said.

A crisis negotiation team came in while officers and SWAT members evacuated other residents, police said.

About 4:45 p.m., Breck was taken into custody without incident. He was booked into the Clark County jail on one count of murder and two counts of attempted murder, police said.

CNN is trying to determine whether Breck has an attorney.

Smith Tower is a senior housing complex made up of 170 homes, and is home to people ages 62 and older, its website says. Some of the residents witnessed the shooting, and were ushered to city hall to provide statements.

Residents described the terrifying moment officers knocked on their doors and ordered them to evacuate.

“When I opened the door, there was two officers with two guns,” Trish Gatley told CNN affiliate KPTV. “And they said just stay quiet, put your hands up and go downstairs, don’t go on to any of the floors.”

After the evacuation order was lifted and residents returned home, Heather Branchflower stared at the yellow tape outside the community she described as quiet and tight-knit.

“I don’t believe it,” Branchflower told the affiliate. “I just don’t believe something like that could happen here, it’s unimaginable.”

Residents were cleared to return to their homes at 7 p.m. local time. Police are investigating the shooter’s motive.

“While we are still learning about what happened surrounding the shooting incident … our hearts go out to the victims and their families as they deal with this tragedy,” Vancouver Mayor Anne McEnerny-Ogle said. “I commend our police officers, fire and EMS personnel who quickly responded to the scene. I have the utmost confidence in our officers as they work to resolve the situation.”