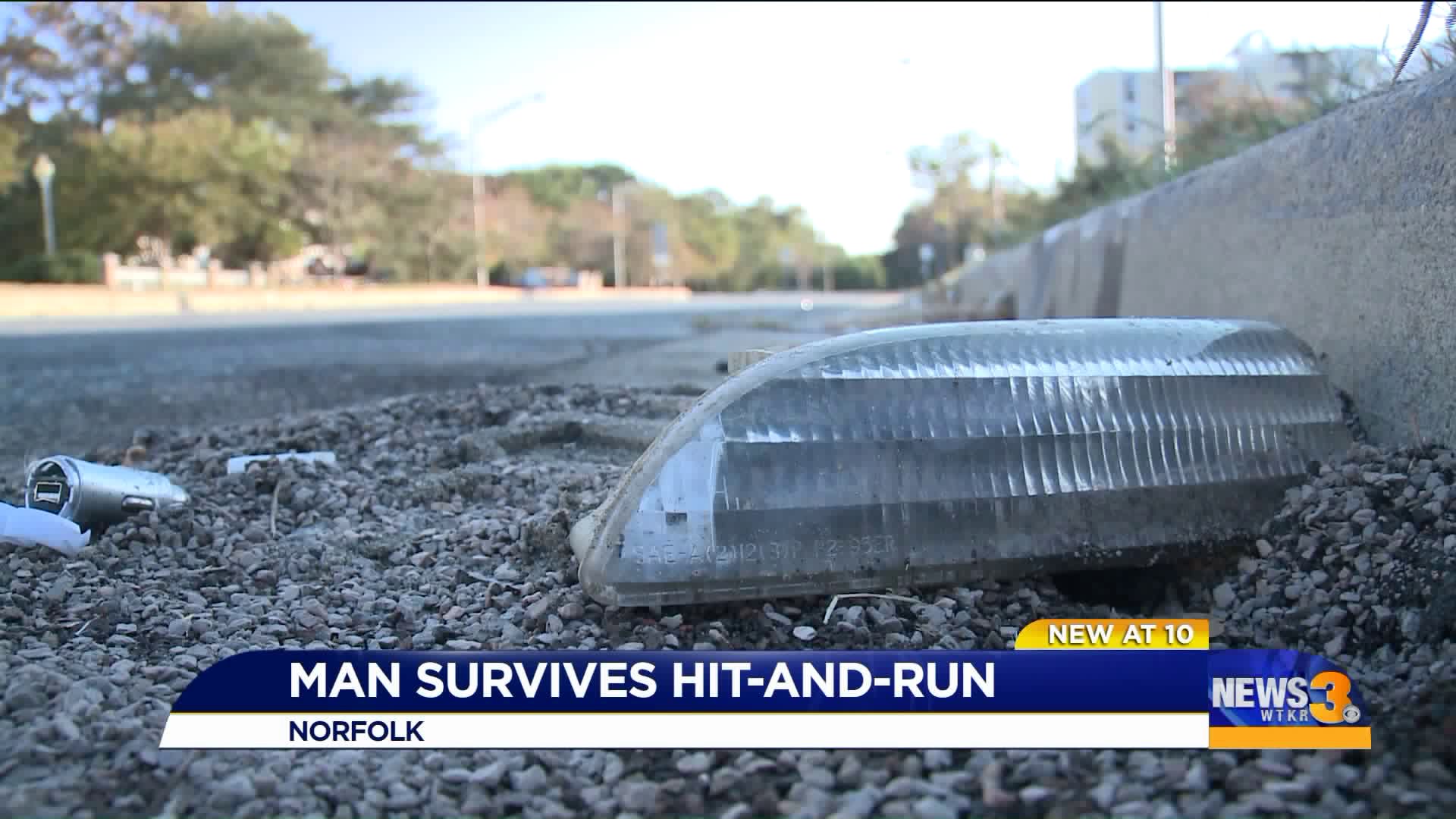 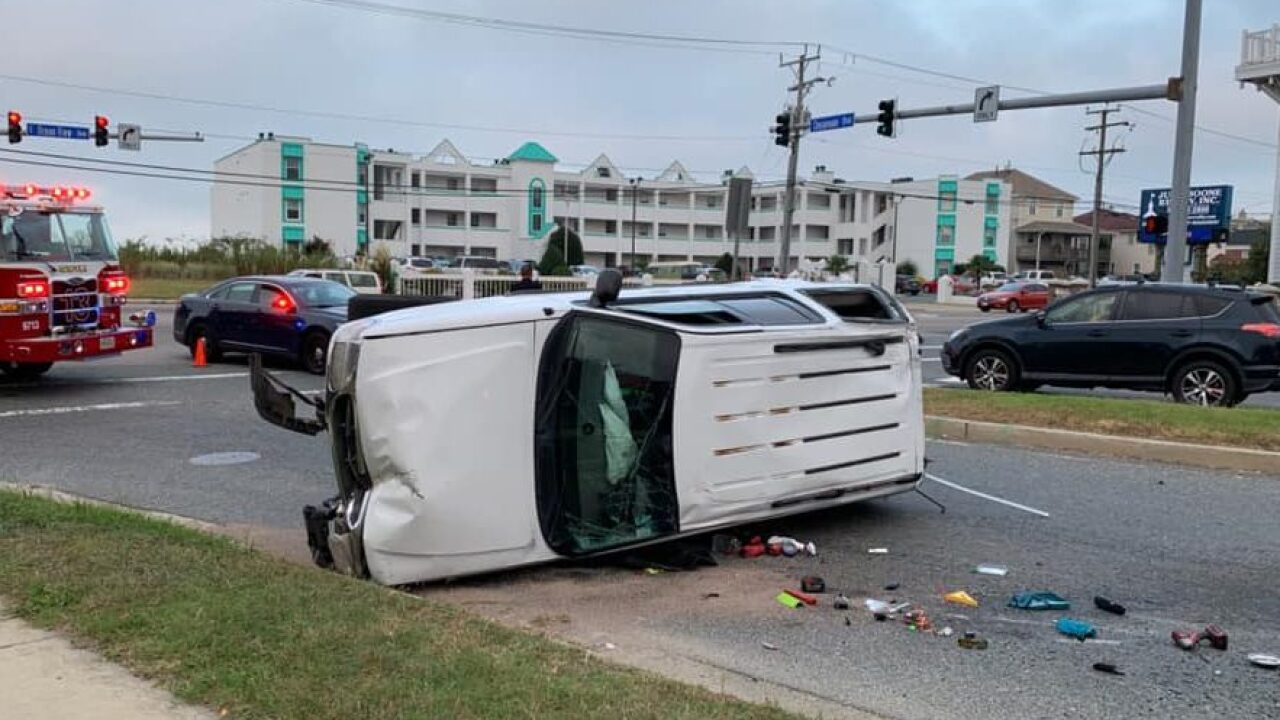 NORFOLK, Va. - August Pfeiffer is all smiles now, but it was a terrifying moment for him Thursday around 5 p.m. A neighbor who lives across the street heard everything unfold.

“It sounded like a bomb going off or something,” said Rosemary Williams.

So, she came out of her home on Chesapeake Boulevard to see what was going on. A white Ford Explorer was on its side in the middle of the street.

Police and neighbors who live in the apartment complex tell News 3 that the white Explorer was driving northbound on Chesapeake Boulevard when the driver completely uprooted a tree, kept speeding down and that’s when he approached the median.

"The next thing I know, there is a big Ford Explorer hopped in the median coming towards me. I’m trying to avoid him and we met," Pfeiffer said.

Norfolk Police say the driver of the Explorer swiped the driver's side of Pfeiffer's white Ford Expedition.

It didn’t end there. The driver of the Explorer was nowhere to be seen when Pfeiffer looked up.

Police say no one was hurt in the crash that they are investigating as a hit-and-run.

As Pfeiffer looks at his car, he says he can’t believe it.

“There is something dreadfully wrong with this guy not to take responsibility for what he did,” he said.

What’s left on the street is broken glass and some debris from the accident, but neighbors say things could’ve been worse.

Related: 'There was glass everywhere' Norfolk business owner picks up the pieces after car crashes into his store

“Drive carefully. You have to be careful on these roads nowadays - you really do,” says Williams.