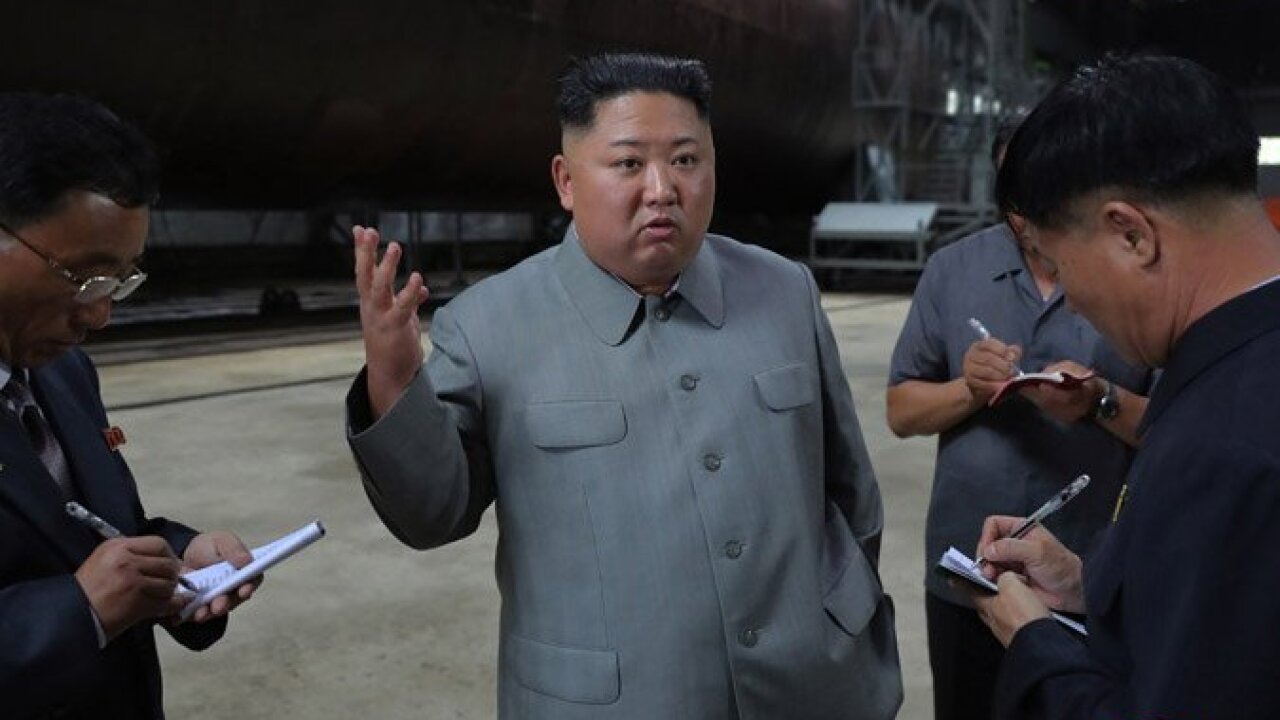 The launch marks a departure from the tests of shorter range missiles North Korea has carried out in recent months.

The launch came as the US and North Korea are to begin working level talks in Stockholm, Sweden beginning Friday October 4, a source with knowledge of the plans told CNN Thursday.

The North Koreans “sense an opportunity” right now, perceiving US President Donald Trump as “politically vulnerable” and “starving for a win,” the source said. Pyongyang may think Trump could be more willing to be flexible in negotiations to bring “tangible results,” the source added.

Chief negotiator from the North Korean side will be the country’s former ambassador to Vietnam, Kim Myong Gil, a longtime diplomat who has participated in multiple nuclear negotiations including the six-party-talks, five rounds of negotiations in Beijing from 2003 to 2007. Kim was also part of North Korean leader Kim Jong Un’s delegation to Hanoi, Vietnam in February.

Wednesday’s missile test was launched from near Wonsan, a city in Kangwon Province on North Korea’s east coast Wednesday morning and flew toward the East Sea, also known as the Sea of Japan, for a distance of 450 kilometers (280 miles) before landing in waters off Japan. It reached an altitude of 910 kilometers (565 miles).

Shortly after the launch US and South Korean officials said the missile was assessed to be a submarine-launched ballistic type missile (SLBM), though a US official said it was launched from a barge-like platform designed to test underwater launches and not a submarine which North Korea has never demonstrate the ability to fire from.

The latest US assessment says that the missile was not underwater when it was launched from the barge.

Japan said Wednesday that North Korea launched one ballistic missile that split into two pieces after launch. One of the pieces reached its Economic Exclusive Zone off Shimane prefecture at 7:26 a.m. local time, according to Japan’s Chief Cabinet Secretary Yoshihide Suga. No damage has been reported so far.

Japan’s Prime Minister Shinzo Abe told the press from his residences that the launch of a ballistic missile was in violation of the United Nations resolution and that Japan would “lodge stern protests against it and condemn such actions.”

While North Korea has launched multiple short-range missiles in recent weeks, it has not launched a medium-range missile since 2017, long before the June 2018 meeting between Trump and North Korean leader Kim Jong Un was held in Singapore.

Commercial satellite images obtained by CNN in September appeared to show that North Korea may be close to launching a submarine capable of firing missiles and is making efforts to conceal its preparations.

The images from the Middlebury Institute and Planet Labs, appear to show North Korea making progress readying the vessel at the Sinpo South Naval Shipyard along the central coast of the country off the Sea of Japan.

North Korean leader Kim Jong Un visited the base in July to inspect progress on the submarine, which may already be operational, according to analysts.

At an NSC senior committee emergency meeting Wednesday, officials “expressed their strong concerns that North Korea has tested this missile ahead of resumption of negotiation with the US on Oct 5,” the statement continued. The NSC said it was working closely with the US to investigate the nature of the launch.

The launch happened a day after the US state department said that Washington and Pyongyang plan to resume working-level talks.

But a source told CNN that North Korea’s latest missile test is not related to the timing of the upcoming talks, but instead a response to South Korea showing off its US-made F-35 fighter jets for the first time Tuesday.

Negotiations on denuclearization have stalled since February, when Trump cut short his meeting with North Korean leader Kim Jong Un in Hanoi. Trump left the meeting with no joint agreement after Kim insisted all US sanctions be lifted on his country.

The last time the two leaders met was in June in the Korean Demilitarized Zone where they agreed to revive staff-level talks.

In his first public remarks since leaving his former role in the Trump administration three weeks ago, Bolton said Kim will “do whatever he can” to keep a nuclear weapons capability.

A US official with knowledge of the initial reports of a North Korean launch told CNN that the test was not a surprise. The US was expecting a likely North Korean test launch because there was evidence of preparations underway at launch sites. The source said this launch appears to be similar to recent launches by North Korea.

After more than a year of refraining from missile tests, Kim’s regime has conducted 11 launches since May including Wednesday’s. Most of those are believed to be short-range missiles, and experts say they have shown impressive technological advancements.