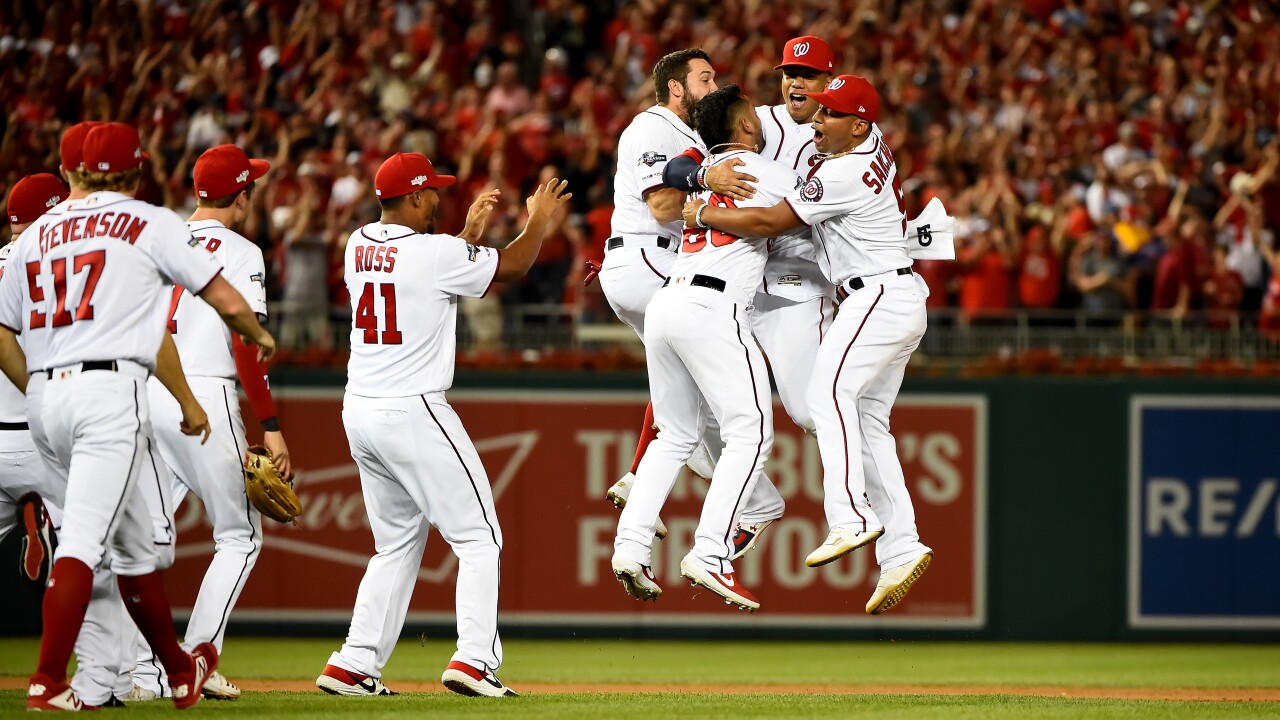 The Washington Nationals celebrate after defeating the Milwaukee Brewers. (Photo by Will Newton/Getty Images)

WASHINGTON, DC – For nearly eight innings, it looked like it was going to be another playoff NAT-mare for the Washington Nationals.

Juan Soto #22 of the Washington Nationals celebrates. (Photo by Will Newton/Getty Images)

But Juan Soto’s bases-clearing, three-run single with two outs in the bottom of the eighth inning gave the Nationals a 4-3 lead vs. the Milwaukee Brewers in the winner-take-all National League Wild Card game. Old Dominion University product Daniel Hudson recorded the final three outs as the Nationals rallied for a 4-3 win to advance in the MLB postseason for the first time in team history.

Washington had been 0-3 in winner-take-all postseason games, all NLDS Game 5 losses at home.

The Nationals fell behind 3-0 in after second inning when Yasmani Grandal and Eric Thames homered off Nats ace Max Scherzer.

But with two outs in the eighth inning, trailing 3-1, Virginia Beach’s Ryan Zimmerman muscled a broken-bat single to centerfield after pinch-hitting for Adam Eaton to extend the rally. Following a walk by Anthony Rendon to load the bases, Soto delivered the biggest hit of his career.

The Montreal Expos advanced to the National League Championship Series in 1981, but since the franchise moved to Washington – the Nats hadn’t advanced in a postseason.