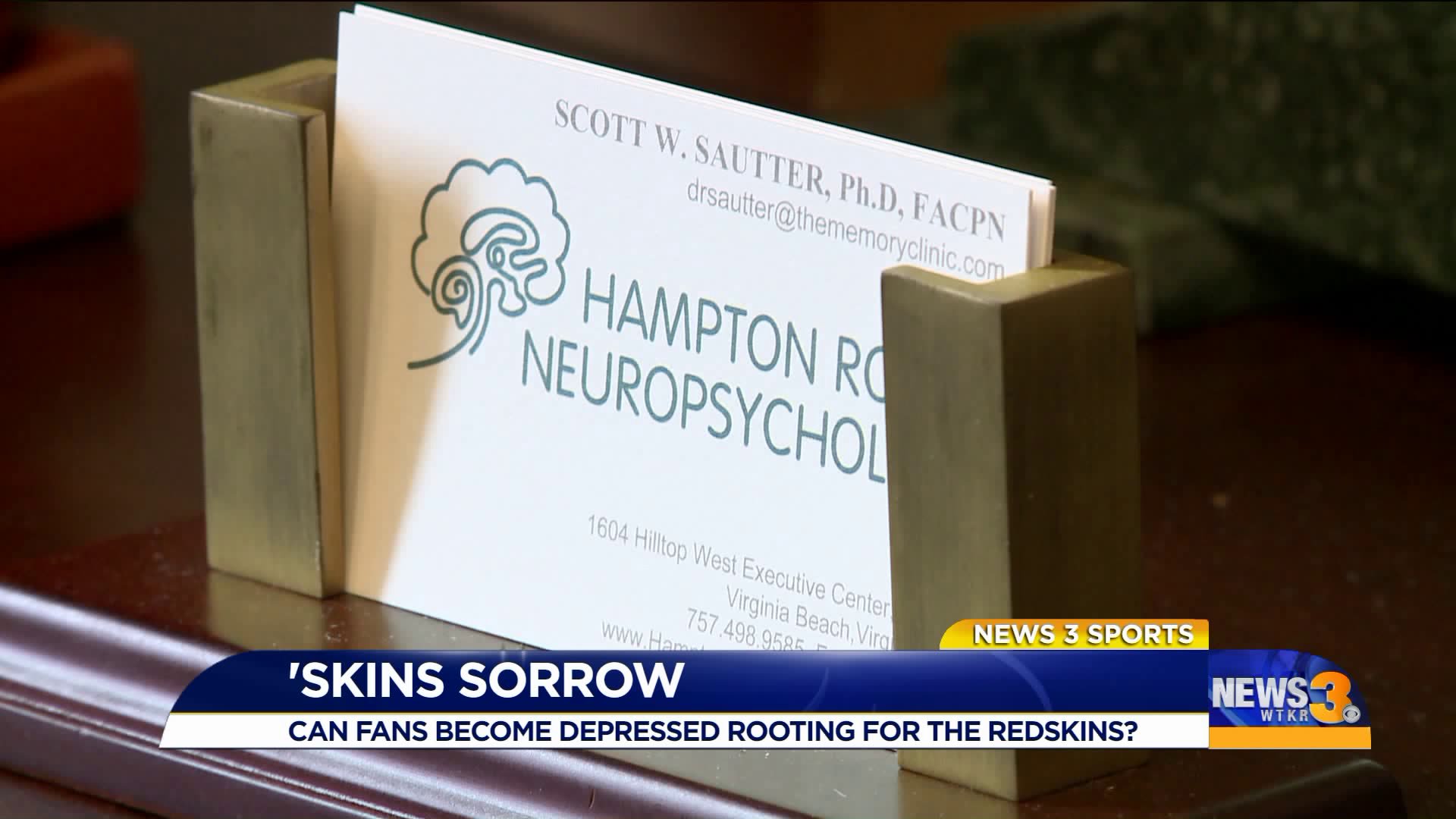 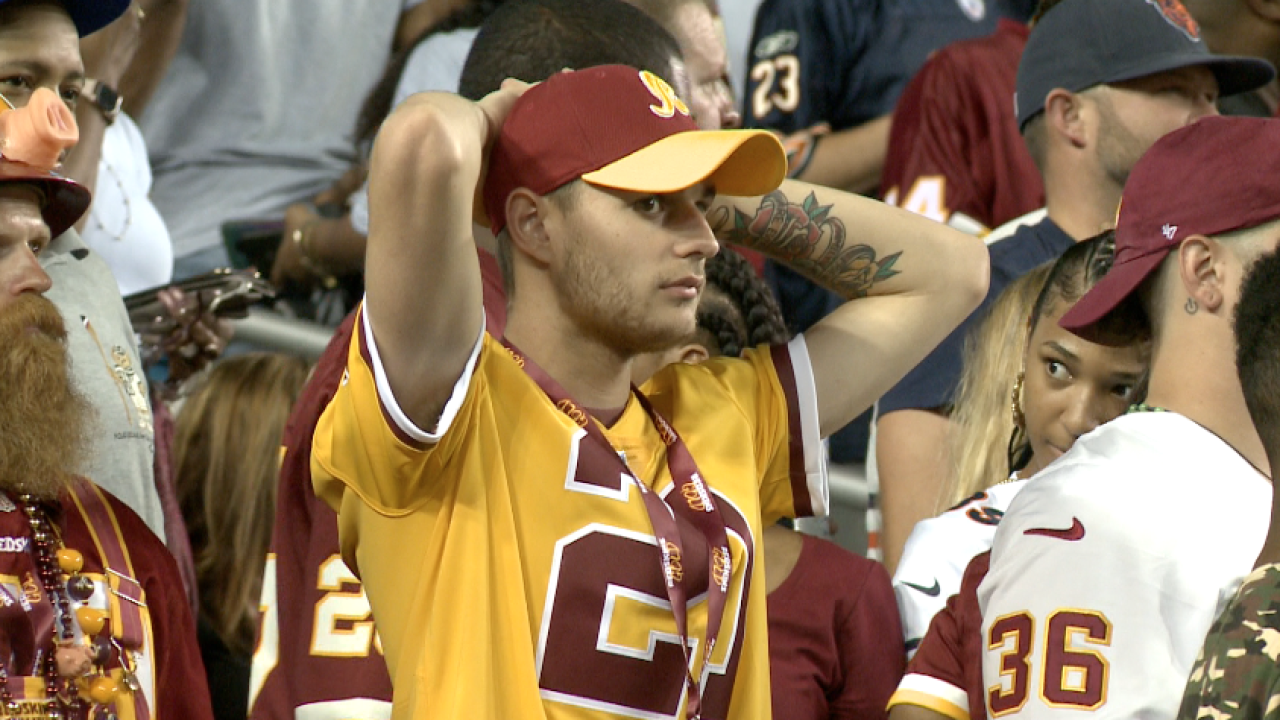 VIRGINIA BEACH, Va. - Like Art Monk on the receiving end of a Doug Williams Hail Mary, the burgundy and gold golden years seem long gone and far away.

"Reality has set in - it has set in the last few weeks," admitted Redskins head coach Jay Gruden.

Washington's wins in Super Bowls have been replaced by 'Skins sorrow in pigskin purgatory.

"We haven't really proved anything on the field yet," Gruden added.

The Redskins have lost 10 of their 11 games dating back to last season. The franchise has just two playoff victories in two decades. Evident both in the stands and on social media, on a weekly basis the 'Skins put the 'down' in touchdown and first down.

For fans claiming it's depressing to root for their Redskins - that watching their favorite team is a clinic in futility. But is it actually clinical?

Sautter is a licensed clinical psychologist and board-certified neuropsychologist for Hampton Roads Neuropsychology who's practiced in the area for nearly three decades. A former college football player at Lafayette College, Dr. Sautter currently works with the Norfolk Admirals hockey team and also serves student-athletes at the College of William & Mary and Virginia Wesleyan University. So, he's no stranger to team sports.

Can it really be depressing rooting for the Redskins?

"For the most part, when we have these letdowns - these pendulum swings the other way - the issue is short of depression," Dr. Sautter said. "That's actually called variable reinforcement. You start to feel like this will be the time. When it does come, boy that's incredibly elating. But you can also be letdown on the other side of it. There's next week after that."

So, what's the prescription - the Redskins remedy?

"Anything in too much of an extreme is not necessarily the greatest thing," Dr. Sautter noted. 'Pick-up something else at the same time. I'm a big proponent of ping-pong. "But don't lose track of your team. Wait for that triumph over tragedy - it will come."

The Redskins returning to their winning ways is not only what fans crave, it's just what the doctor ordered.