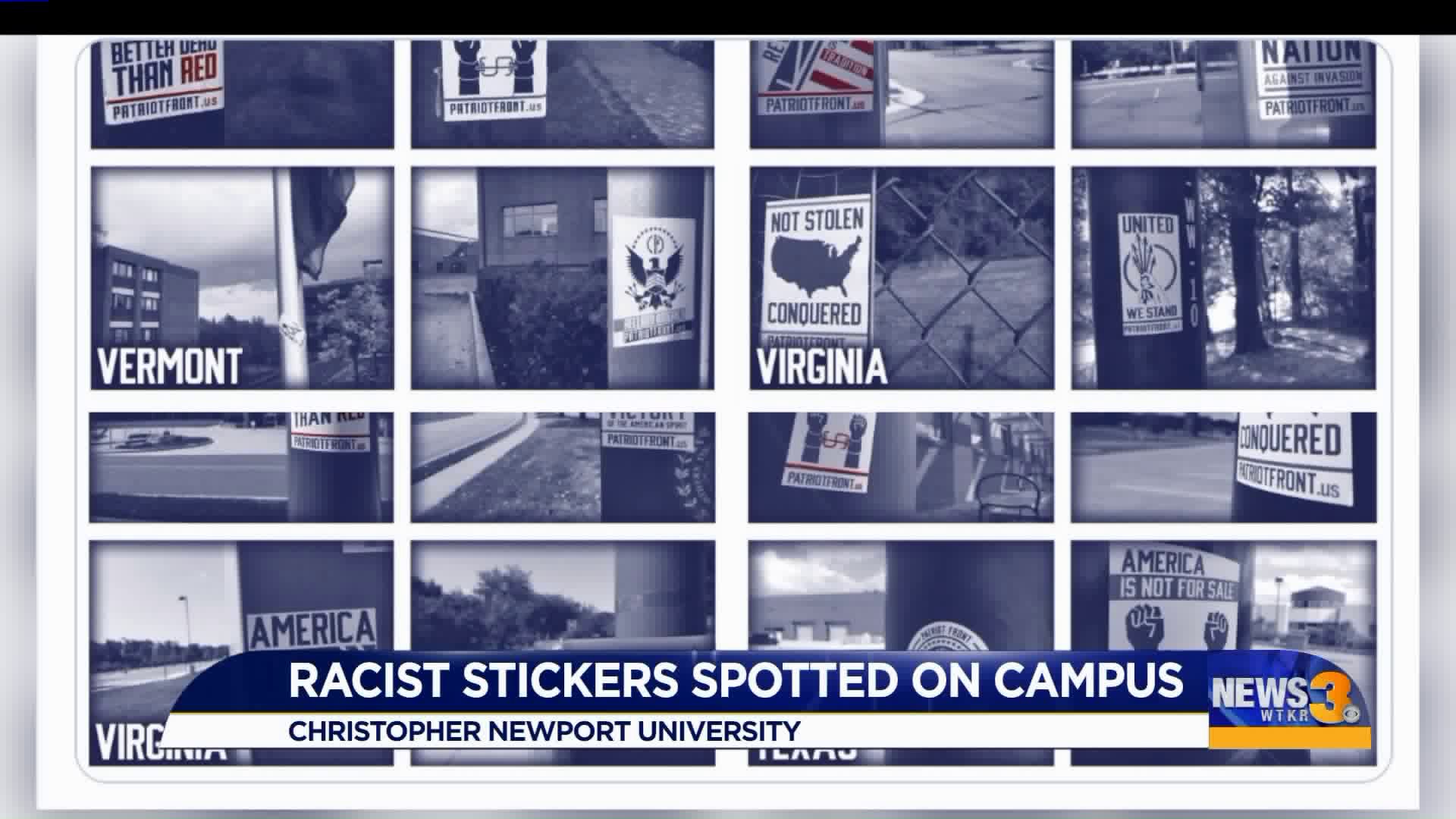 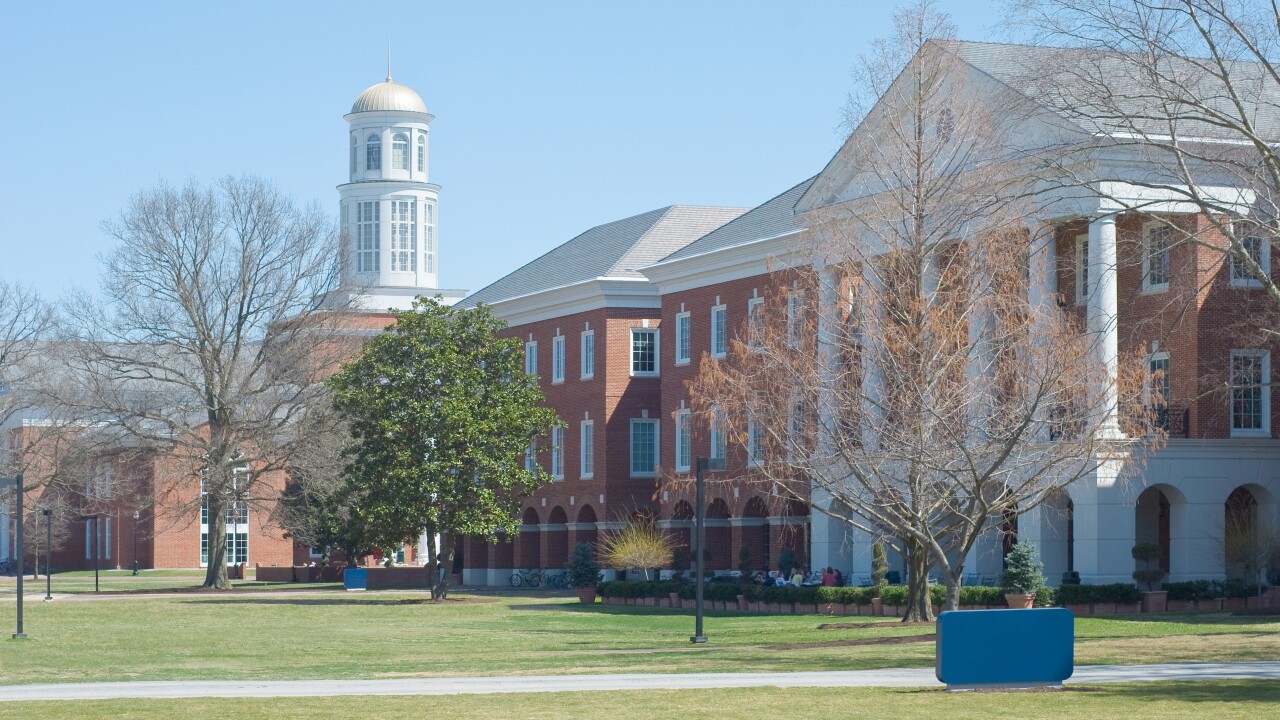 NEWPORT NEWS, Va. - Christopher Newport University announced Tuesday that it has removed stickers advertising a group that promotes white supremacy from its campus.

News 3 obtained a letter that CNU President Paul Trible sent to all current and former students.

"Let me be very clear. There is no room for hate at Christopher Newport University," Trible wrote.

He said the stickers appeared on dozens of other college campuses, including Mary Washington University, the University of Richmond, James Madison University, Shenandoah University and many others.

"We denounce and reject the violence and vile and vicious voices of the white supremacists.  This is a campus where everyone is welcome and fully engaged," Trible continued. "We stand together and support and encourage each other. We are a light in an increasingly dark world and that is what makes this place so special."

Wednesday, CNU would not say anything more about the stickers, but News 3 was able to find posts on Twitter from a white supremacy group called Patriot Front, which took responsibility for stickers and fliers being posted on campuses across the country, including the universities Trible mentioned.

While looking on their feed, News 3 also saw a post from the group saying their stickers were posted on the campus of William and Mary in Williamsburg.

University staff confirm that the stickers were found and quickly removed on Sept. 28. They released the following statement about the stickers:

"This group’s published ideology is clearly contrary to the university’s values of diversity, inclusion and respect for all people. While the university supports the right to free speech, hate and intimidation have no place in our community. The stickers, which violate our policies about where and how posting is permitted on campus, were removed as soon as the university became aware. If anyone has additional information regarding this incident, we encourage them to contact William & Mary Police (757.221.4596)."