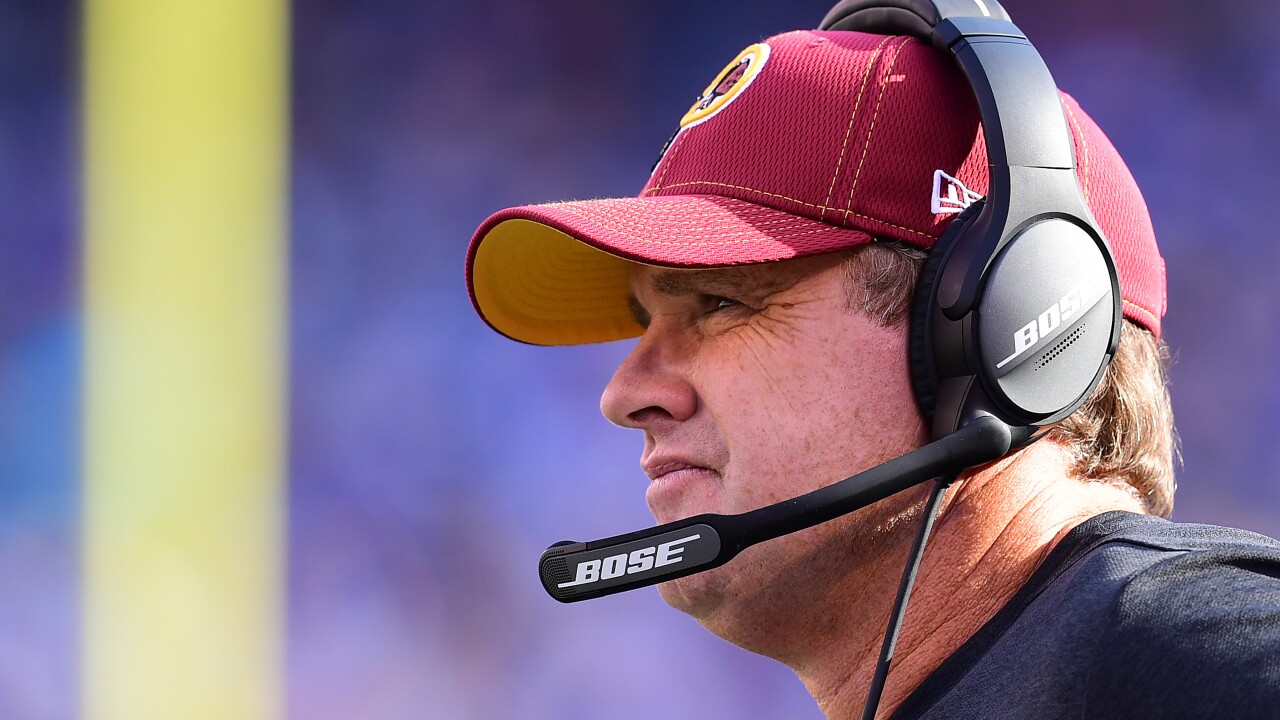 LOUDOUN COUNTY, Va. – As the calendar turns to October, it sure feels a lot like July.

“Right now, I’m going to continue to evaluate,” Gruden said Monday after benching Keenum in favor of Haskins during a 24-3 loss at the Giants. “When we come back Wednesday morning, we’ll have a practice and we’ll see where they are at.”

For the first time in 18 years, the Redskins are 0-and-4 to start a season. If Washington wants to avoid an 0-and-5 start, it will mean beating the defending Super Bowl champion New England Patriots Sunday at FedEx Field. We know Tom Brady will be taking snaps for the Patriots. As for the Redskins’ starting QB? Gruden will wait to make that call.

“I think I’ll figure that out, especially when I find out the true status of our quarterbacks that are banged up a little bit,” Gruden said Monday. “Obviously Colt [McCoy] coming back from his leg injury, if he’s 100 percent ready to go. Case, how he’s doing with his foot – he was in a boot after the game, precautionary reason. We’ll see where they are. And then talking to Dwayne, seeing his progress.”

“I’ll make that determination. I think it will depend on the decision I make and then how that person performs on Thursday and Friday. I can make a decision now, I might have already made a decision, but I’m going to let it play out because I need to see these guys perform. I don’t need to make an announcement and then change my mind on Friday. I want to come out here and let these guys practice and then hopefully somebody will take the job and run.”