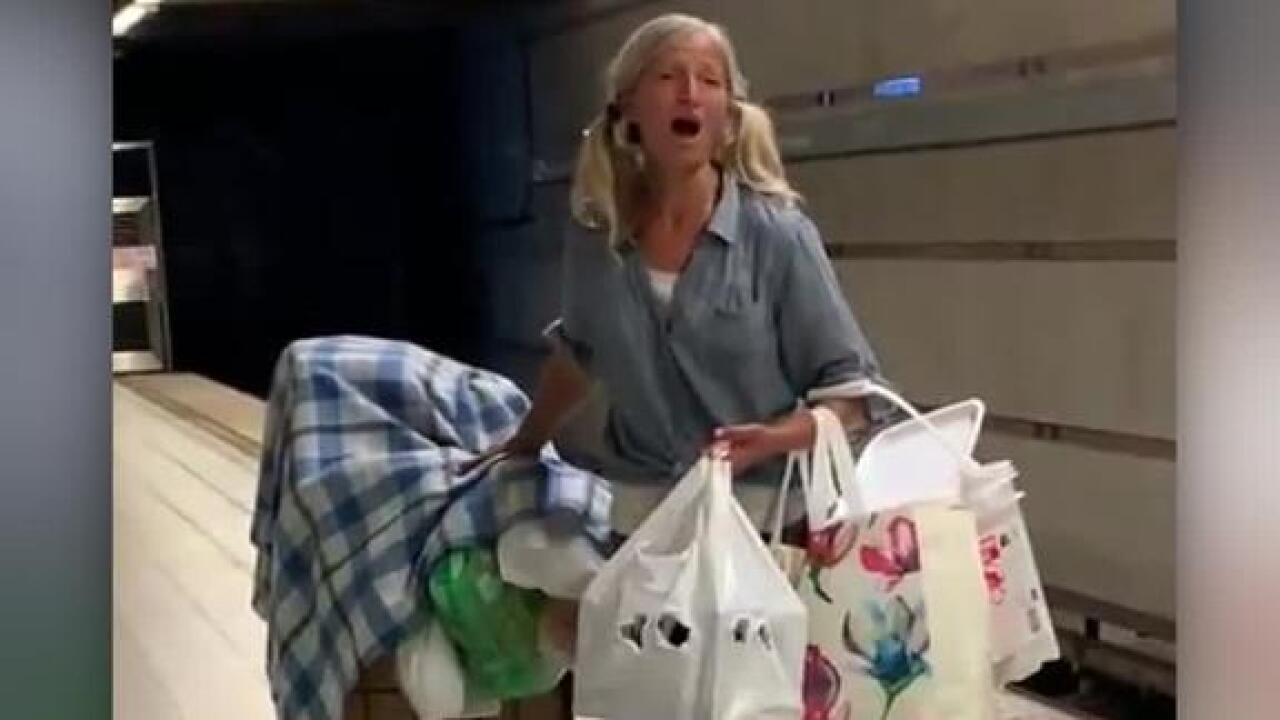 Emily Zamourka isn’t a trained singer, but her soaring voice fills a Metro subway station to the delight of Los Angeles commuters.

She became known as the “Subway Soprano” on social media after the Los Angeles Police Department posted video an officer recorded of her performing Italian composer Giacomo Puccini’s famous aria “O mio babbino caro” while holding bulging shopping bags with her left arm and a cart full of belongings with her right hand.

“4 million people call LA home. 4 million stories. 4 million voices…sometimes you just have to stop and listen to one, to hear something beautiful,” the department tweeted.

CNN affiliate KABC spoke to Zamourka, and learned that she’s been homeless for a couple of years.

Zamourka told the station that she’s a classically trained violinist and pianist and made a living as a street performer. She came to the United States from Russia when she was 24.

A man destroyed her violin three years ago and then she suffered a wrist injury that kept her from playing, KABC reported.

“That’s when I became homeless. When I could not actually pay any of my bills and could not pay anymore of my rent,” she told the station.

She told the station that she had been sleeping on cardboard in a parking lot.

Zamourka, 52, said she likes to sing in the subway because it feels like being on stage.

“You know why I do it in the subway? Because it sounds so great,” she told the station.

The video of her performance has been viewed almost 800,000 times since September 26 and people have been inspired to help her.

A man started a GoFundMe campaign for Zamourka after seeing her story on the news, and has raised more than $35,000 to help her get housing and other services she may need.

Los Angeles Councilmember Joe Buscaino said that his office is working to find housing for Zamourka. He also said that she has agreed to perform on Saturday at an event hosted by the Little Italy of Los Angeles Association.

Zamourka told KABC that the outpouring of support has been a miracle.