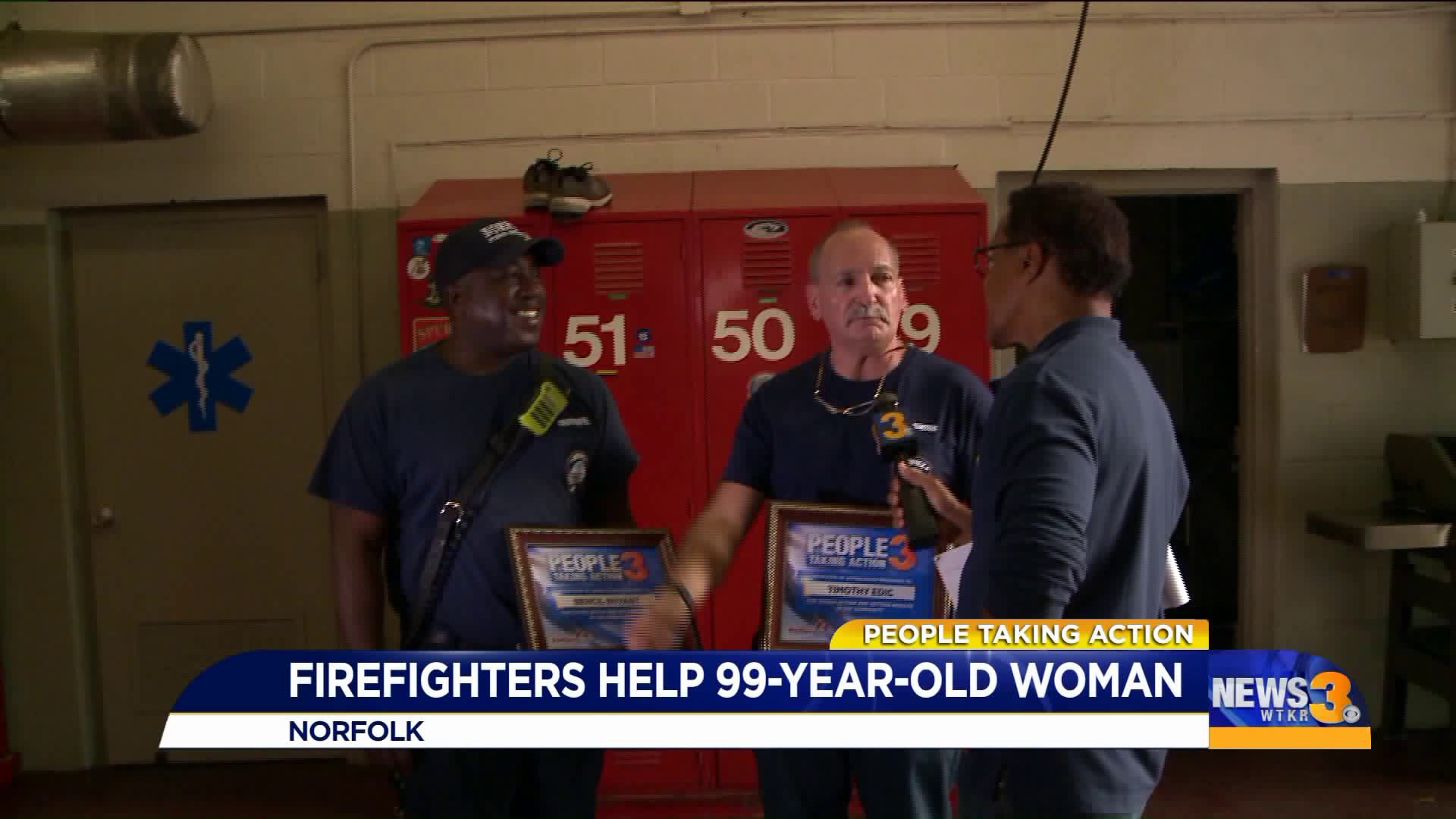 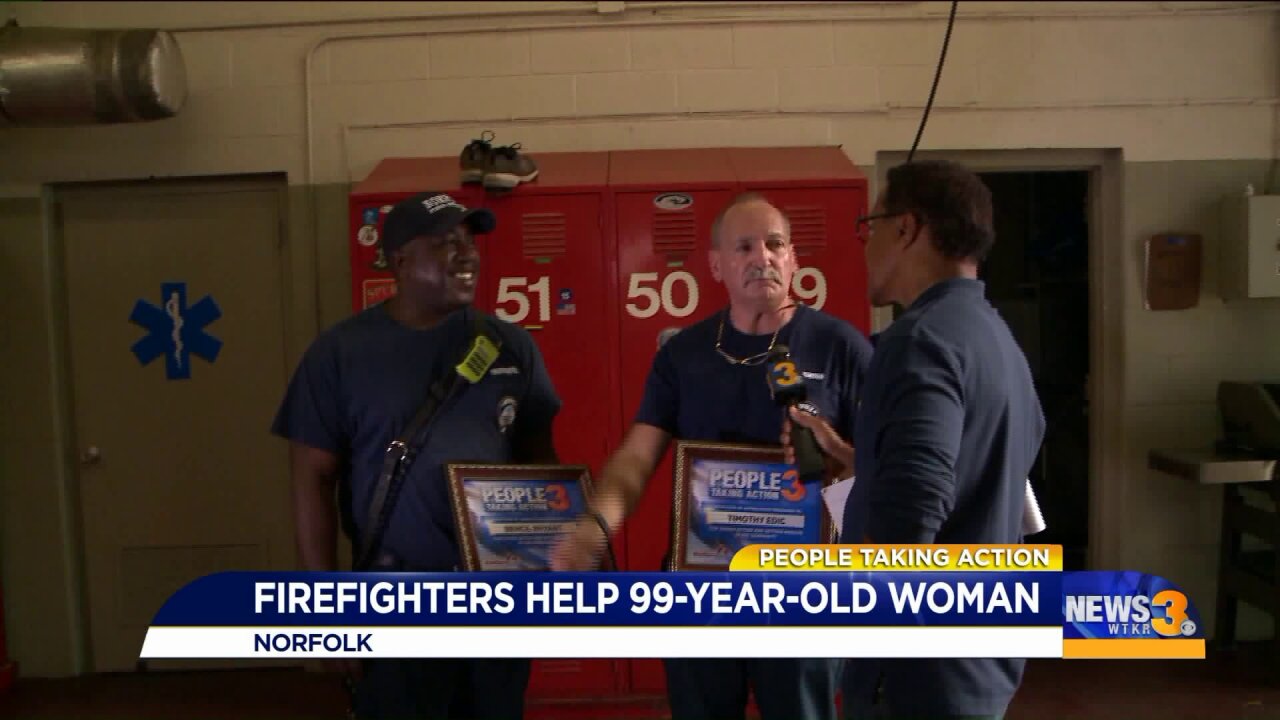 NORFOLK, Va. - At Norfolk Fire Station 15, there are two firefighters who did something really nice but don't think it's a big deal.

But News 3 went in search of the first responders, Timothy Edic and Vencil Bryant, to present them with a People Taking Action award and a $300 Visa gift card from our community partner, Southern Bank.

It all stems from pictures in a Facebook post showing them help 99-year-old Becky Thompson with yard work after they responded to her house thinking she was having an emergency because her medical lifeline alarm went off.

That's an emergency device with a button seniors can press if they're having an emergency, and a monitoring service will alert 911. Some seniors wear it as a pendant or like a watch.

The firefighters say on average, they respond to about four or five medical lifeline emergencies a month, and in most cases it's an elderly person who's fallen and can't get up. But in this instance, that definitely wasn't the case, according to Edic.

"So, we go... we know there's an elderly person, probably fell down, either got hurt, can't get up, something. We find her in the front yard," he said.

Ms. Thompson was bagging up yard debris. The firefighters were surprised, but neighbors like Genie Stryker wasn't.

"And she's an incredibly independent, sweet lady and clearly can take care of her stuff!"

News 3 spoke with Ms. Thompson over the phone. She did not want to be interviewed on camera,  but she told News 3 that she knew when those firefighters showed up, she realized she inadvertently touched her medical lifeline necklace and activated it.

She says she was very thankful for the help she got with her yard work and told the firefighters that she knew, "They had better things to do than to check on an old lady."

They were happy to do it, and Bryant believes, "It's just the thing to do. I mean, I don't know of too many people that can let a 99-year-old woman do yard work without you helping."

Before the firefighters left, they say Ms. Thompson told them they couldn't leave without a hug.

Ms. Thompson, who turns 100 in two months, says she's planning at some point to bring cookies up to Fire Station 15 and say thanks!