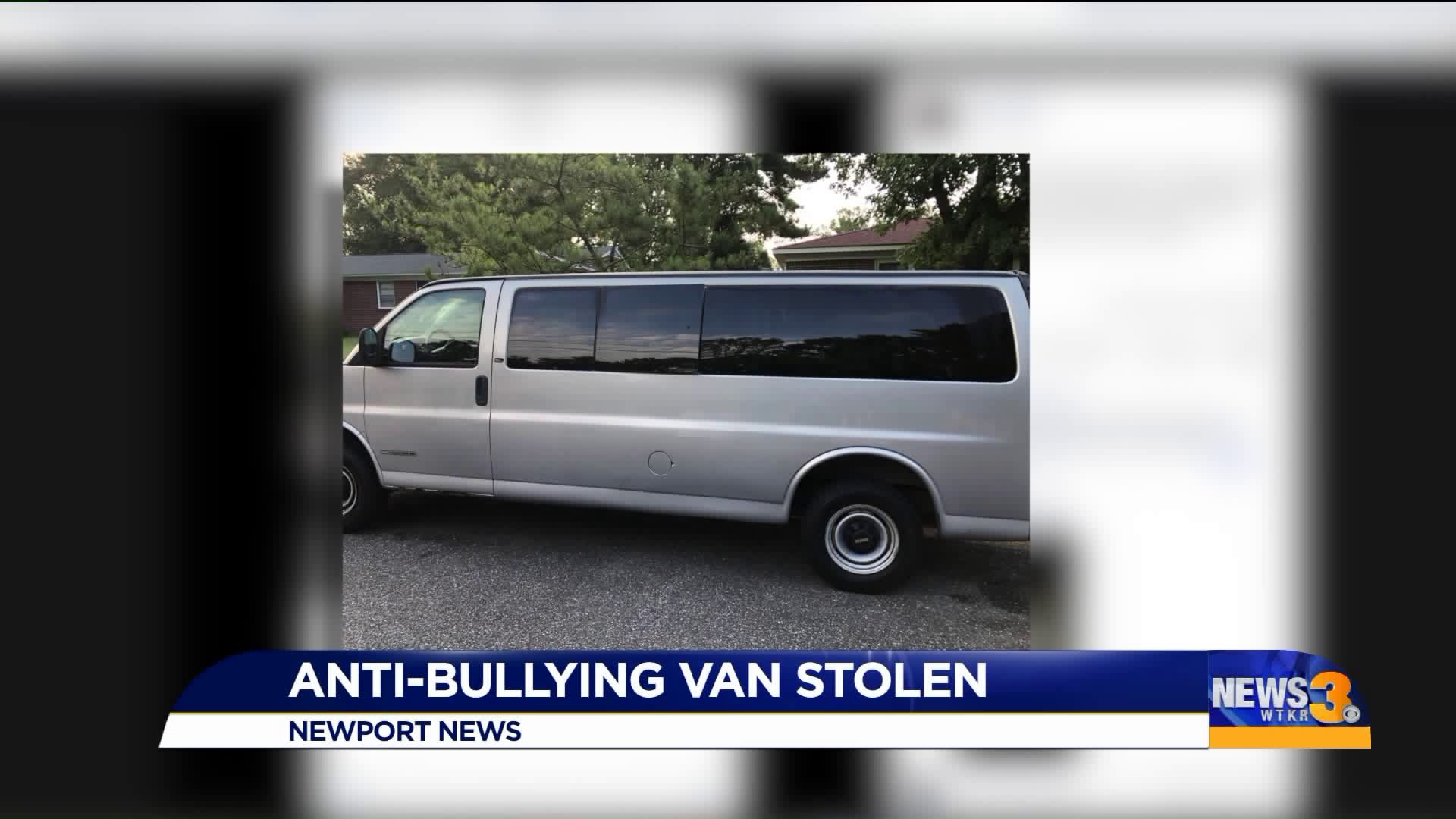 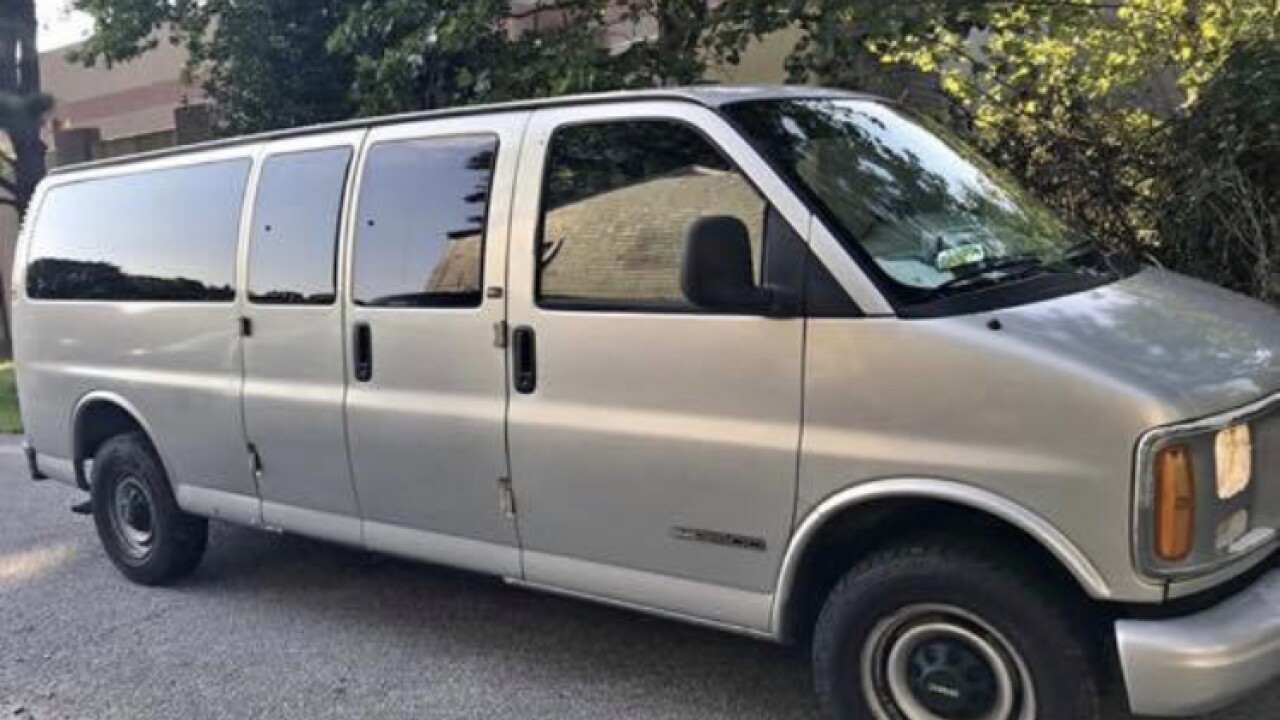 On Tuesday morning, Nick White, the owner of Modern American MMA, realized that his new, 15-person passenger van had been stolen from his Newport News neighborhood. While White owns the van, it's used to help children being bullied.

"Stealing from kids, it's just crazy," said White in disbelief.

Every day, White and his team use the 15-person van and other company vehicles to pick up 25 students across Newport News. The students are brought back to the studio for their anti-bullying program.

Without the van, he's stuck.

"I need the van back in order to be able to continue our program. It’s a must," he explained.

White says the van was stolen from his neighborhood near Bland Boulevard and Warwick Boulevard sometime between 8:30 p.m. Monday and 5 a.m. Tuesday. He immediately reported it missing to police, then took to social media for help.

For Tuesday, White said he would rent a van to make sure that his students can get to their class, but that's only a short-term fix.

"It affects more than just me and the school," White explained. "If I don’t come up with a solution here very shortly, it's going to affect parents. I tell our children, 'You put out good, and you get good back,' so this is just frustrating."

The last four digits of the van's license plate is 7037. If you see the van, call Newport News Police.