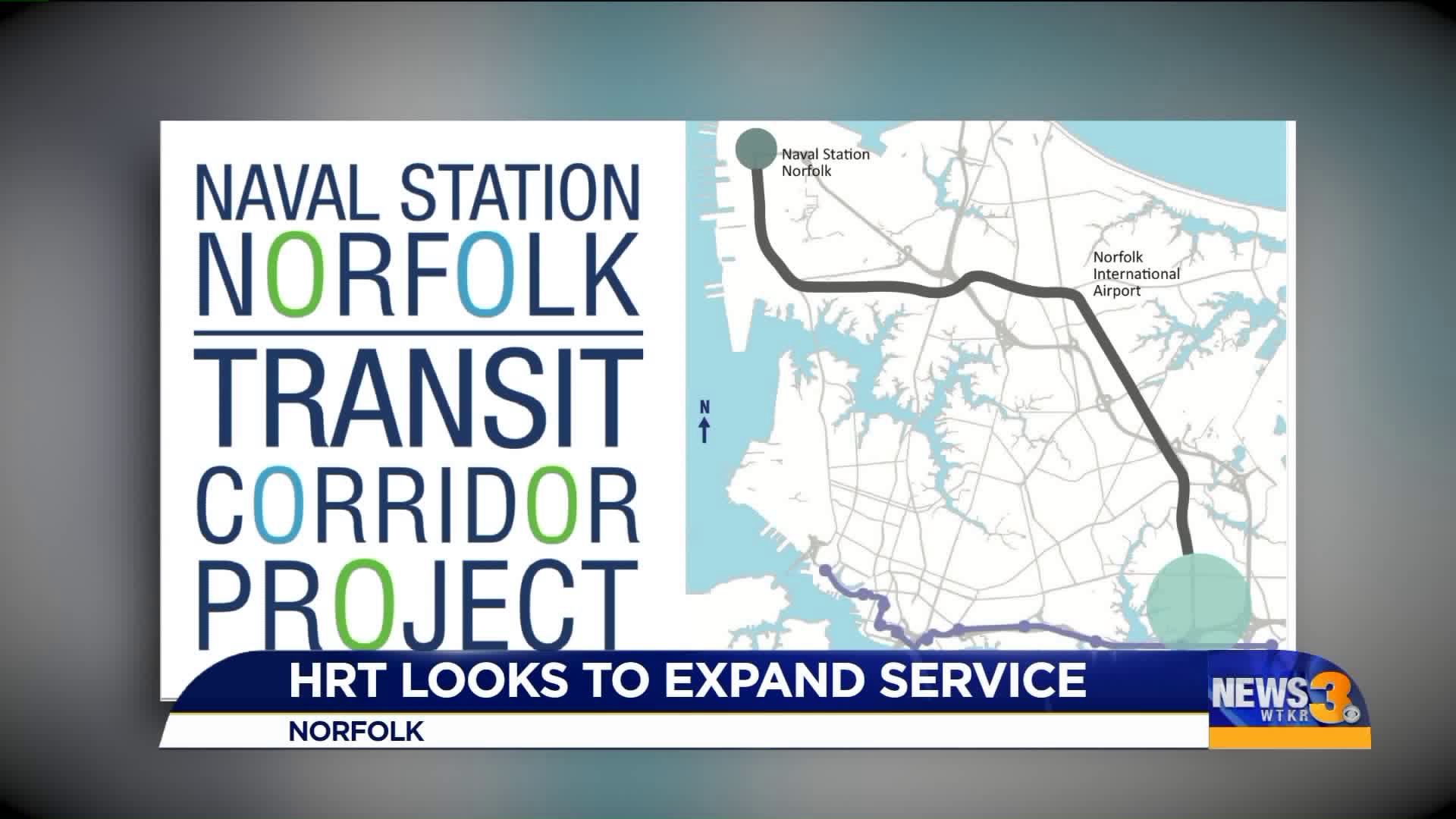 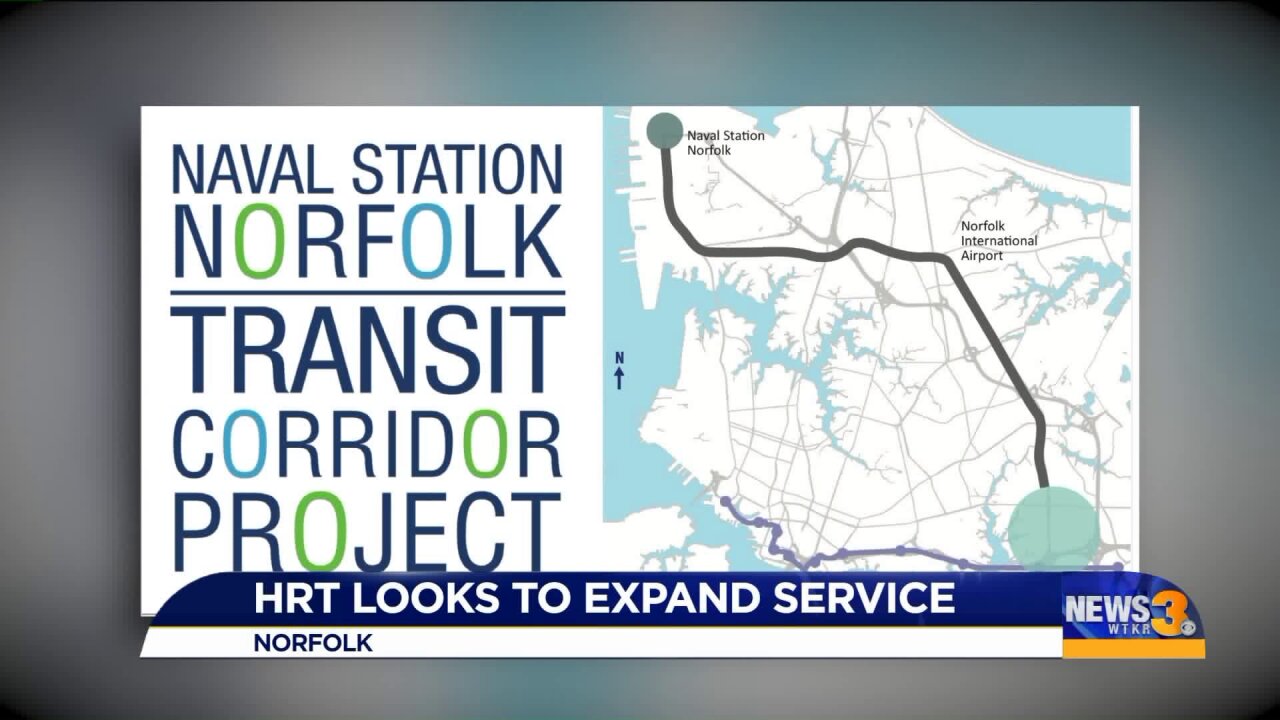 NORFOLK, Va. - Hampton Roads Transit will be studying the possibilities of increasing public transit services and connecting certain destinations in the City of Norfolk with bus and light rail service.

Some destinations include the Military Circle Mall, Norfolk International Airport, and Naval Station Norfolk. It would would connect Downtown Norfolk along the the eastern section of the city.

News 3 spoke to HRT riders who showed interest at the study and said they could see the possibility of using the new services.

“Especially the airport since you have to take an Uber there and you don’t want to leave your car at the airport or wherever you’re going," Layton Hanlon, a Tide Light Rail rider said. " You can just get on light rail and go.”

Norfolk International Airport currently has no HRT service. Hanlon said she would also visit the Military Circle Mall if the service was introduced because she has never visited the mall. Hanlon already uses the Tide Light Rail to get to Old Dominion University for classes.

“Since the city is growing, I mean, yes they do need more transportation and more expansion," Kenneth Smith, another Tide Light Rail rider, said.

Related: 'Most congested intersection' in Virginia Beach gets a face lift

"We’ve got thousands of Norfolk commuters who use bus or their car to utilize that corridor so this provides another provide more opportunities for transportation in the region," Jamie Jackson, the Director of Transit Development, said

Once the study is done, HRT said the costs will be determined.  Jackson said funding would then determined among local, state and federal sources. Jackson said she is optimistic this project will succeed.

“We are one of the smaller cities that has light rail and to be able to extend it is a real benefit to the area," Jackson said. "It provides millennials to want to come here, Gen-Xers like myself to want to stay here, and boomers to retire here.”