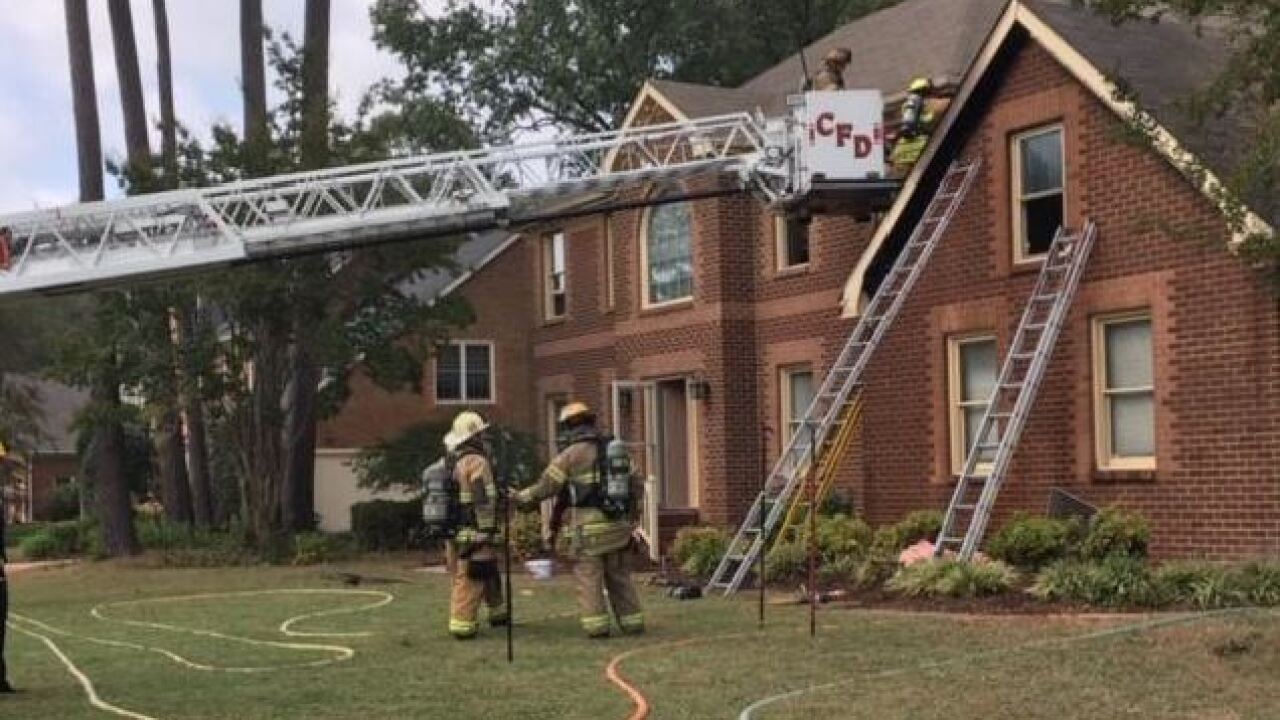 Chesapeake firefighters were called to the scene in the 800 block of Forest Lakes Drive at 2 p.m.

Officials said the homeowner discovered the fire after completing repair work on the gutters. Firefighters used ladders to remove pieces of the soffit and extinguish the fire which also damaged areas of the finished room over the garage.

The cause is still under investigation but is believed to be accidental, officials said.