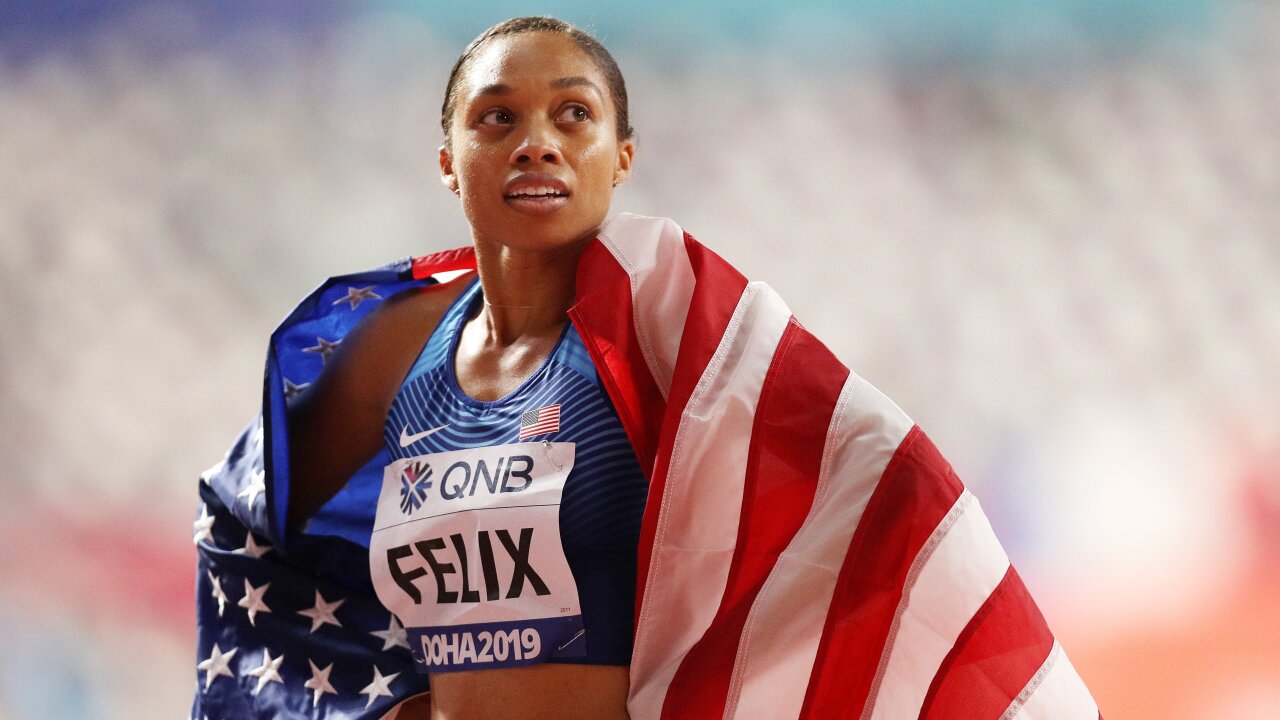 Allyson Felix of the United States reacts after setting a new world record in the 4×400 Metres Mixed Relay.

Not so fast, Usain Bolt — there’s a new World Championships record holder, and her name is Allyson Felix.

Allyson Felix of the United States reacts after setting a new world record in the 4×400 Metres Mixed Relay.

Felix is already one of the most decorated track and field athletes, winning a combined nine medals between each of her four Olympic games. Six of the medals are gold.

Felix summed up her response to the honor in one word on Twitter: “Humbled.”

Another big accomplishment for Felix, it’s her first season as a mother. But her journey back to the track has not been an easy one.

In November 2018, Felix battled preeclampsia and underwent an emergency C-section at 32 weeks to deliver her daughter.

In December, Felix told her birth story to ESPN, and talked about her struggle to keep up the image of a world class athlete in the midst of a pregnancy. She discussed the emotional toll the NICU takes on the families that have to stay there.

She then explained the fear and faith of having to let go of her plans:

“If I come back and I’m just not the same, if I can’t make a fifth Olympic team, I’m gonna know that I fought, that I was determined, and that I gave it my absolute all. And if it doesn’t end up the way I imagined in my head, it’ll be OK. I just have to go for it, because that’s just simply who we are now.”

Not only is she going to her fifth Olympic games, but in August the new mom was part of a high profile movement that pressured Nike to change long-standing maternity policies for its sponsored athletes.

Along with decorated women runners — including Alysia Montaño, Kara Goucher and Phoebe Wright — Felix successfully got the brand to adapt its policy which now ensures female athletes won’t be “adversely impacted financially for pregnancy” for 18 months, which is six months more than under the previous policy.

Felix put Nike behind her and is now the first athlete to be sponsored by Athleta, according to parent company Gap, Inc.

Now the world can watch Felix run in Tokyo for the 2020 Olympics.