‘Most congested intersection’ in Virginia Beach gets a face lift 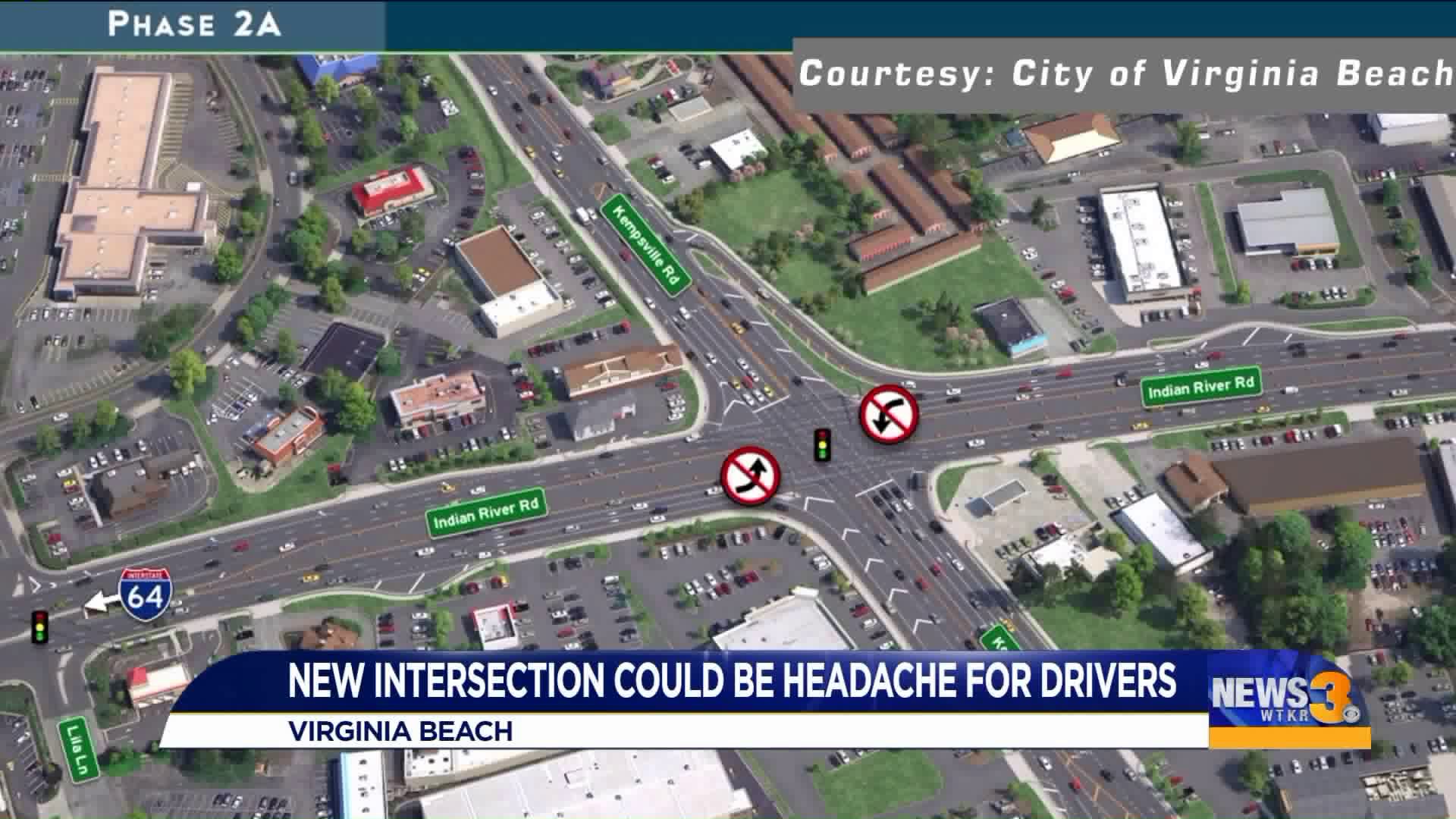 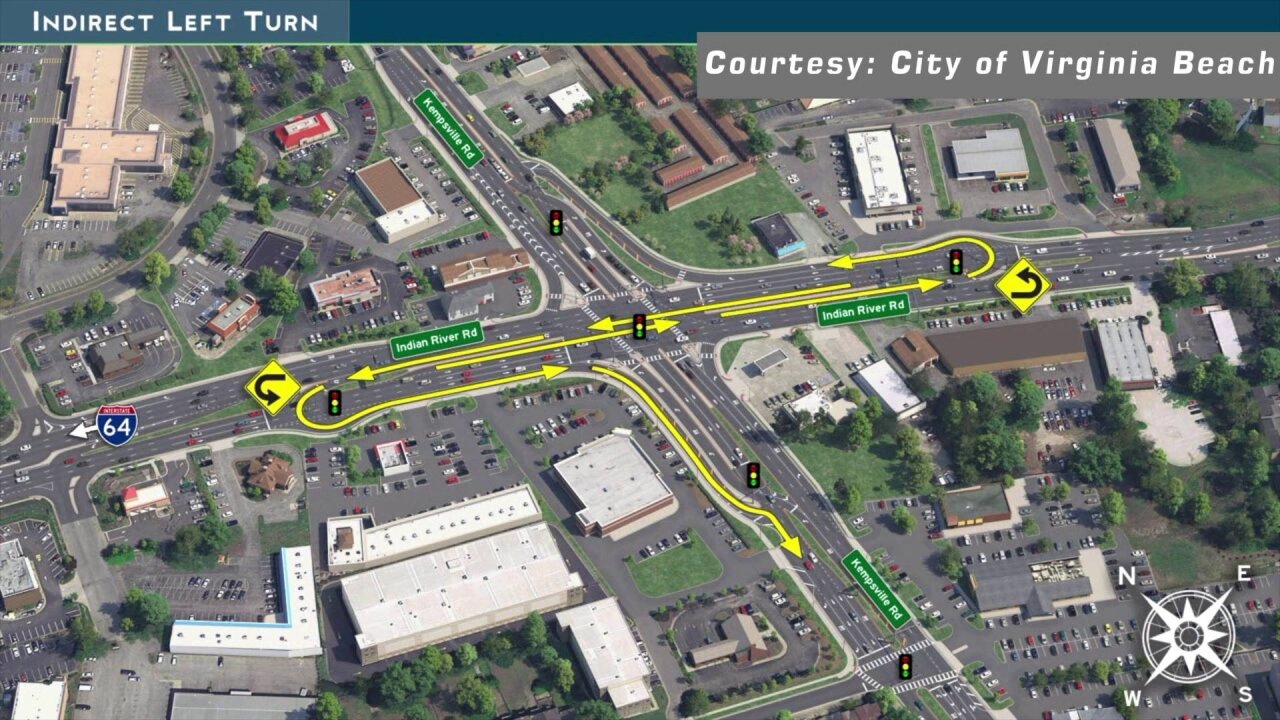 VIRGINIA BEACH, Va. - Drivers who have gone through the intersection of Kempsville Road and Indian River Road will know it's not like any ordinary intersection since road work started.

When you approach the intersection, it can almost feel like a puzzle where you are asking, "Where do I need to go if I want to make a left turn?"

News 3 spoke to a store manager whose business is right on the corner. She has some mixed thoughts on the new layout.

"Well, prior to the work it seemed like too many cars were taking unnecessary risks here at this intersection," Gina Miller the General Manager at Acredale Saddlery said.

Those risks have also turned into accidents that Miller said she's seen from her store.

"During the construction, a lot of aches and pains with lane closures and shifts and unusual driving patterns, but now that it’s starting to come together and everybody is getting above the learning curve with the new intersection, people travel through here so much more quickly from I-64 to here," she said.

Related: New I-64 to I-264 flyover ramp opens in Virginia Beach

Miller added her commute from the interstate to the light now takes 10 mins compared to 30 minutes.

The City of Virginia Beach said this intersection is the "most congested intersection" in the city.

Miller is concerned, though.

"On Kempsville Road, eventually they’re going to be making a left, I understand. It’s an unusual configuration, so there’s going to be a little bit of a learning curve."

That left turn is what the city calls a "Michigan left," where if you want to make a left, you have to either go straight or make a right and then make a U-turn.

Now, for those driving from on Kempsville Road onto Indian River Road, there will be a special kind of left lane.

It's a headache for some, but Miller said she's hopeful drivers will get the hang of it.

Miller did say that because of the new U-turns, she has had noticed more people coming into her store. She said she credits the new traffic layout.