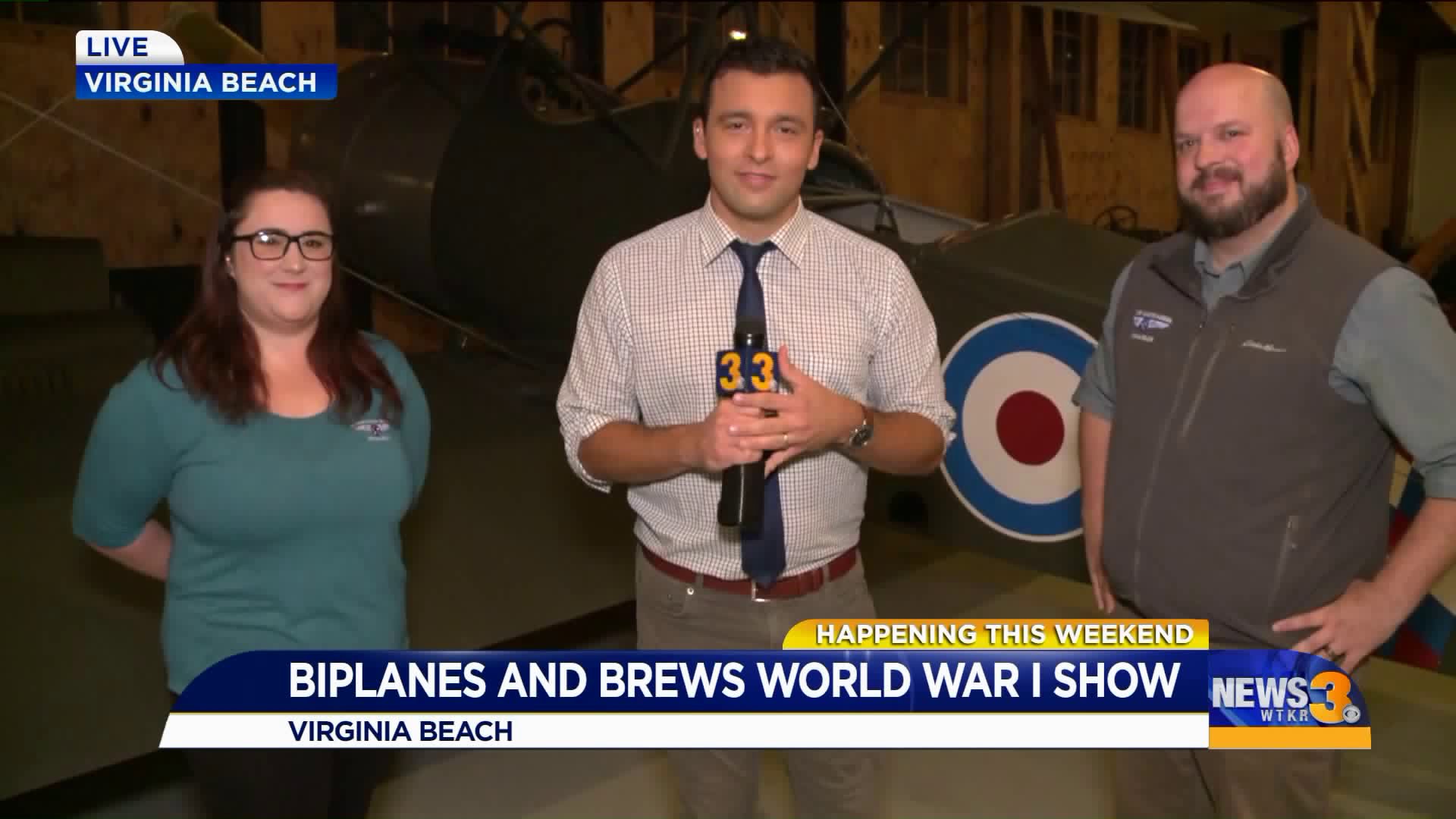 VIRGINIA BEACH, Va. - The exhibits at a local museum are taking to the air this weekend, transporting beer-loving spectators back a century.

The Military Aviation Museum's Biplanes and Brews World War I Air Show takes off October 5 and 6, featuring live music, reenactments and, of course, plenty of beer and aerial performances.

Events begin at 9 a.m. on both days showcasing the museum's collection of WWI-era airplanes. This year's featured aircraft is the Thomas-Morse Scout (S-4), a well-known single-seat training airplane produced during WWI.

Parking is free and tickets are available online; $25 for an adult single-day ticket or $45 for the weekend.

All proceeds go to the museum, which operates as a non-profit.

“All the proceeds from an airshow like this go to help us create new exhibits, educational programming and build out more living history for our guests and our community," said Jarod Hoogland, Museum Director. "It’s a lot of fun. Anytime we can put flying airplanes in front of people, particularly ones that are over 100 years old, it’s exciting."

The Military Aviation Museum is located on 1341 Princess Anne Road south of the Pungo area of Virginia Beach.