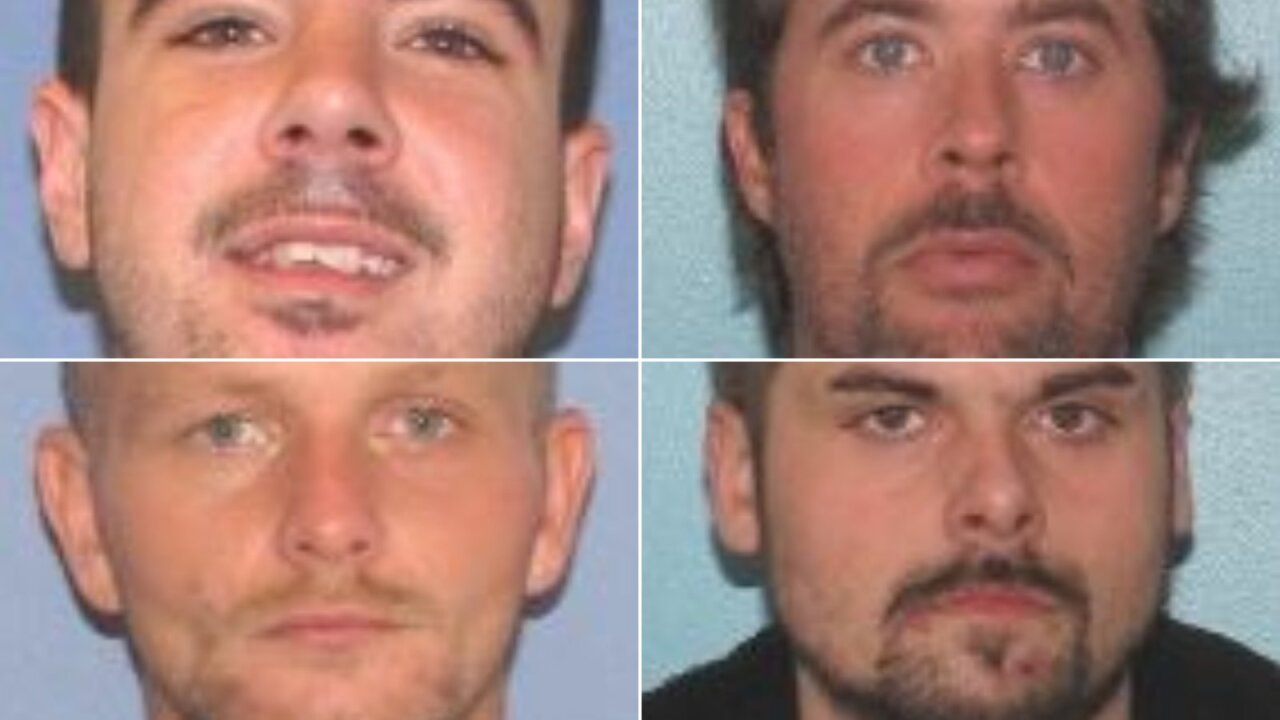 The last of four inmates who overpowered two guards and escaped from an Ohio jail has been captured in North Carolina, officials said Monday.

The three other escapees — Brynn K. Martin, Christopher M. Clemente and Troy R. McDaniel Jr. — were captured at a Red Roof Inn in nearby Cary, authorities said earlier. Cary is about 380 miles southeast of Gallia County.

Cary police were alerted by the NC Highway Patrol that the four men were believed to be in the area of the hotel. When officers arrived, they were able to capture the three men without incident, according to Cary police.

Authorities said they believe Lee was able to flee from officers when the others were arrested.

A manhunt began and authorities captured Lee, who had been held on charges of felony identity fraud, misdemeanor obstructing official business and misdemeanor assault.

“I am pleased to report that just a short while ago the fourth and final escapee, Lawrence R. Lee III was taken into custody by law enforcement officials in Durham, N.C.,” Champlin said in a statement posted to the Gallia County Sheriff’s Facebook page. “I would like to thank the hard working law enforcement professionals who have tirelessly dedicated themselves to providing an end to the search for these escapees.”

They were able to force open a secured door and escape about 12:14 a.m. Sunday, the sheriff said. The inmates were labeled “extremely dangerous” and believed to have been helped in their escape by at least one person on the outside, the sheriff’s office said.

The two corrections officers were not seriously injured during the escape, according to the sheriff.

One of the inmates, Martin, has escaped from the jail before, Champlin told reporters earlier.

The inmates gained access to the administrative wing of the jail and stole the keys to a car belonging to one of the corrections officers, Champlin said.

They drove the car about one block away, where another car was waiting for them, according to Champlin.

US Marshals offered up to $2,500 per inmate for any information leading to their apprehension, Champlin said.

The jail has experienced other escapes recently from the facility and transport vehicles, the sheriff said, adding the facility isn’t equipped to deal with the volume and type of inmates it houses. Improvements are needed, Champlin said.

The jail was built more than 50 years ago, and the cells no longer lock because they were permanently opened in the 1980s or 1990s to make more space to house inmates, according to the sheriff.

No male corrections officers were working Saturday night. Two men who were scheduled to work called out sick, and three other male officers are out because they were injured at the jail recently, though not seriously, Champlin said, without elaborating.