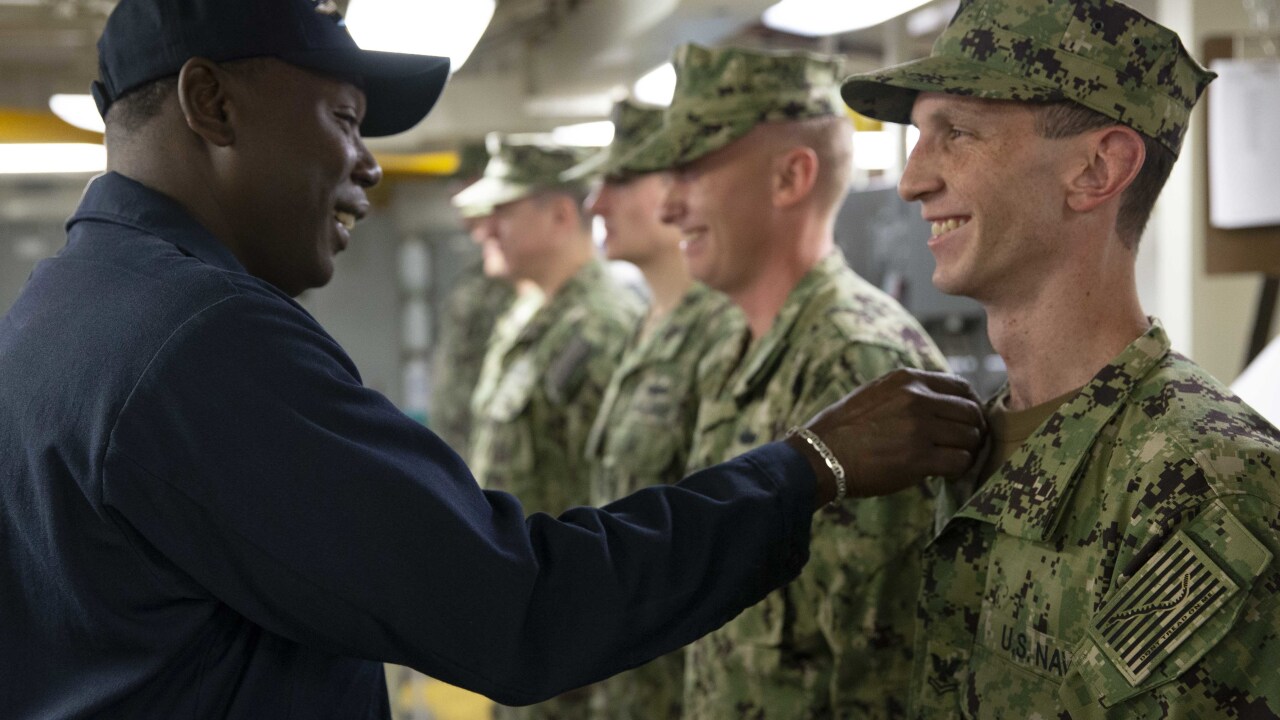 Monday is the last day the Navy Working Uniform (NWU) Type I is approved to be worn, the Navy announced.

The uniform has been replaced by the NWU Type III.

The Navy said Sailors were given 24 months to buy required NWU Type III components. During that 24-month period, active duty Sailors received an increase in their annual clothing replacement allowances to purchase the new NWU Type III uniform. The change serves as part of a multi-phased process to streamline and consolidate the Navy’s uniform requirements, and ultimately improve uniformity across the force.

Navy Exchange Service Command (NEXCOM) officials encourage Sailors who still need the NWU Type III uniform to visit any worldwide NEX or call customer service at 877–810–9030 before the Oct. 1 deadline. In some cases, special orders may be needed for certain sizes, and NEX tailors require a two-week turnaround time to create and sew on name tapes.

“NEXCOM is postured to support our Sailors with a full stock of the NWU Type III in our stores and distribution centers, said Capt. John Cassani, deputy commander of Navy Uniforms for NEXCOM. “Our uniform personnel and call center are prepared to answer Sailors’ questions regarding sizing and manner of wear.”