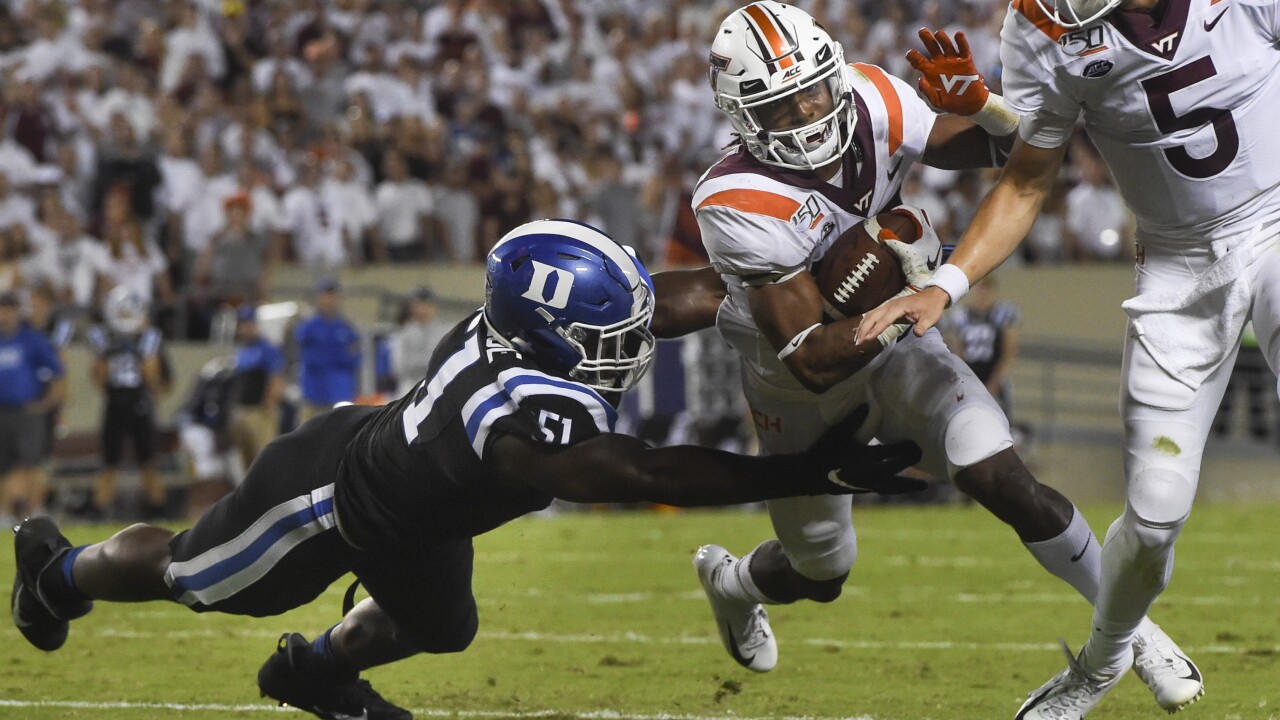 Running back Deshawn McClease #33 of the Virginia Tech Hokies is tackled. (Photo by Michael Shroyer/Getty Images)

Friday’s blowout is also Tech’s worst loss since joining the ACC in 2004. The Hokies are 2-and-2 overall and 0-and-2 in ACC play.

After managing just five yards in the first quarter, the Blue Devils scored three touchdowns in the second quarter to take a 21-3 lead into the halftime locker room. Duke’s redshirt senior quarterback Quentin Harris finished 20-of-27 for 163 yards and two passing scores. Harris added another 100 yards and one touchdown rushing.

Running back Deshawn McClease #33 of the Virginia Tech Hokies is tackled. (Photo by Michael Shroyer/Getty Images)

The Hokies scored their lone touchdown on a 72-yard connection from Ryan Willis to Damon Hazleton after they fell behind 31-3.

Next weekend, Virginia Tech hits the road for the first time since its season opener when Tech travels to Coral Gables, Florida to take on Miami.  Tech will be looking to end its recent struggles against the ‘Canes, as it has lost two straight and four of the past five. The game kicks off at 3:30 p.m.

.@DukeFOOTBALL goes into Lane Stadium and rolls to a 45-10 win over Virginia Tech! 🔵👿#DukeGang pic.twitter.com/xpmsc7eaMP