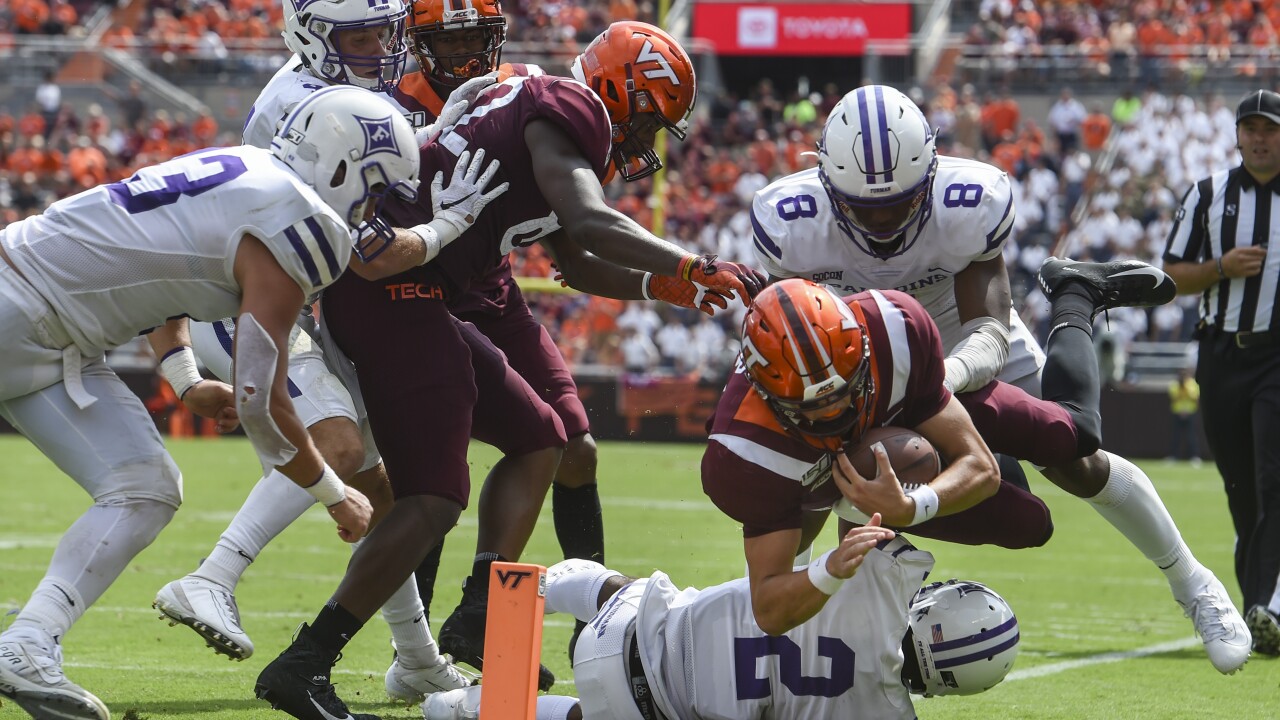 BLACKSBURG, VA – SEPTEMBER 14: Quarterback Ryan Willis #5 of the Virginia Tech Hokies is tackled out of bounds just shy of the goal line in the second half against the Furman Paladins at Lane Stadium on September 14, 2019 in Blacksburg, Virginia. (Photo by Michael Shroyer/Getty Images)

The Hokies are coming off of a win against against Furman, where they suffered a first-half scare after being down 14-3 at the half. They turned things around to win it 24-17.

Duke is also coming off of a win, after beating Middle Tennessee State 48-13.

Virginia Tech has the upper hand in the Duke series since joining the ACC in 2004, with a 13-2 record.

“They are really playing at a high level,” Hokies head coach Justin Fuente said about Duke. “They are cutting it loose and doing some great things. Offensively, they have a great mix of everything — there’s some option looks that they’ve obviously been working on and some spread looks as well. It’ll be a great challenge there. They’ve always been good on special teams and the return game, and defensively, they’re really getting after people and doing a great job.”

Friday night’s game at Lane Stadium kicks  off at 7 p.m.