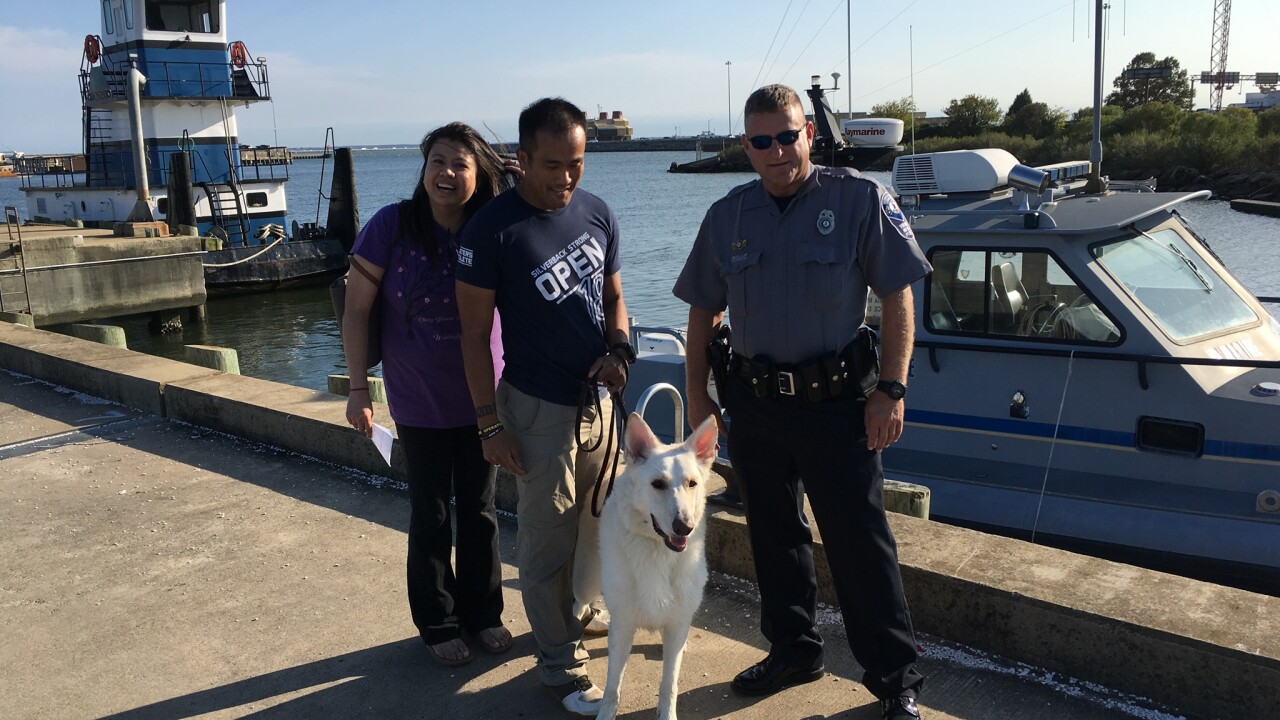 SUFFOLK, Va. – Three to five vehicles were involved in a crash on I-664 northbound at the Monitor Merrimac Memorial Bridge-Tunnel in Suffolk Friday afternoon.

Virginia State Police say the call came in at 3:07 p.m. They say it was property damage only.

As a result of the crash, a dog was ejected into the water. At about 4:08 p.m., authorities with the Virginia Marine Resources Commission and State Police have rescued the dog from the water.

According to the Virginia Marine Resources Commission, the dog, named Kenji, was reunited with his family following the rescue.