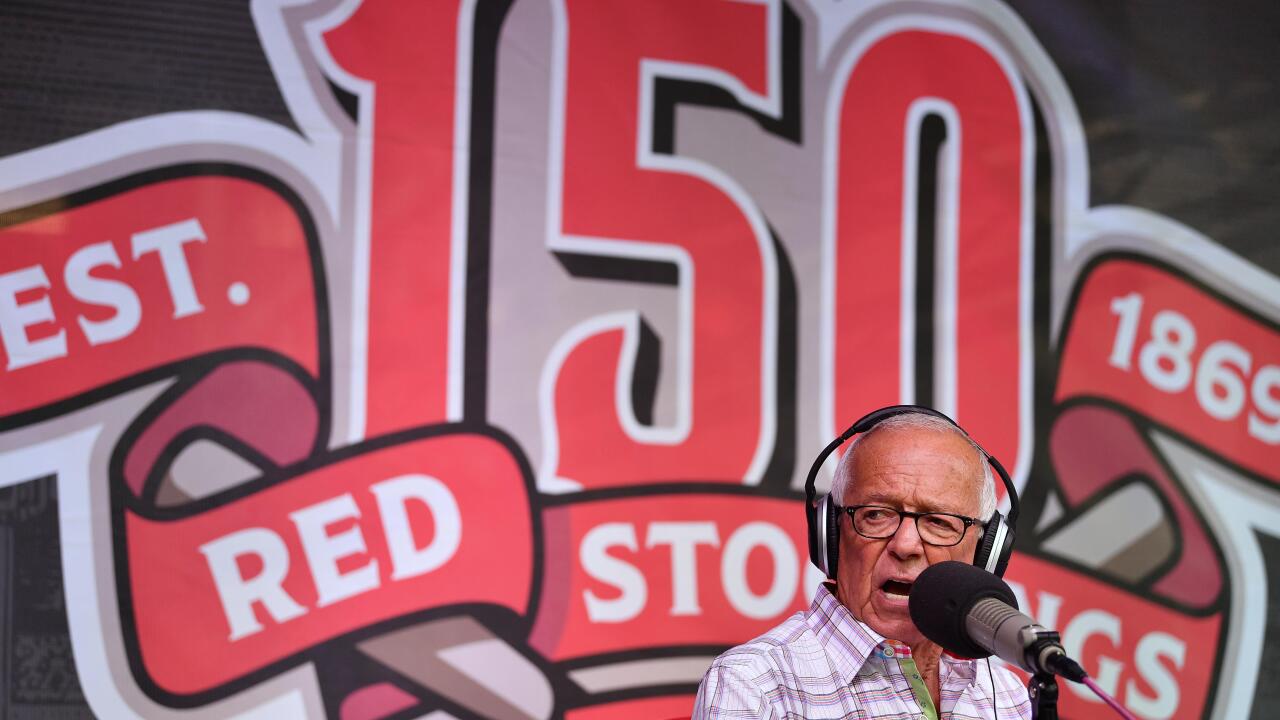 CINCINNATI, Ohio – It’s the end of an era in Cincinnati – for a career that started in Hampton Roads.

Thursday, legendary Cincinnati Reds broadcaster Marty Brennaman, a Portsmouth native, calls his final baseball game in the radio booth. The Baseball Hall of Famer has been an icon in Reds Country throughout his 46 seasons behind the mic, and generations of fans have grown up with him as the “Voice of the Reds.” Thursday September 26, 2019 is officially Marty Brennaman Day in Cincinnati.

Brennaman, who took over as lead broadcaster for the Cincinnati Reds in 1974, was named the winner of the Ford C. Frick Award in 2000 by the Baseball Hall of Fame.

In 1999, Brennaman was inducted into the Virginia Sports Hall of Fame.

A graduate of The University of North Carolina, Brennaman joined WTAR Radio in Norfolk in 1970 as a broadcaster for the Virginia Squires of the American Basketball Association. Brennaman would also broadcast the Tidewater Tides (now the Norfolk Tides) baseball team and the College of William & Mary football team. He also broadcast one season for the Virginia Tech football team.

How can you not be romantic about baseball? ❤️ (Sound 🆙)#ThanksMarty 🎙️ pic.twitter.com/wW2Xpdb1Pg

Fun fact & a #TBT: our current studios in downtown Norfolk, a building that opened in the early 1950s, used to house both WTAR radio & WTAR-TV. WTAR-TV is now @WTKR3. #ThanksMartyhttps://t.co/bhtsl15OeL pic.twitter.com/4DB5bEvi1T