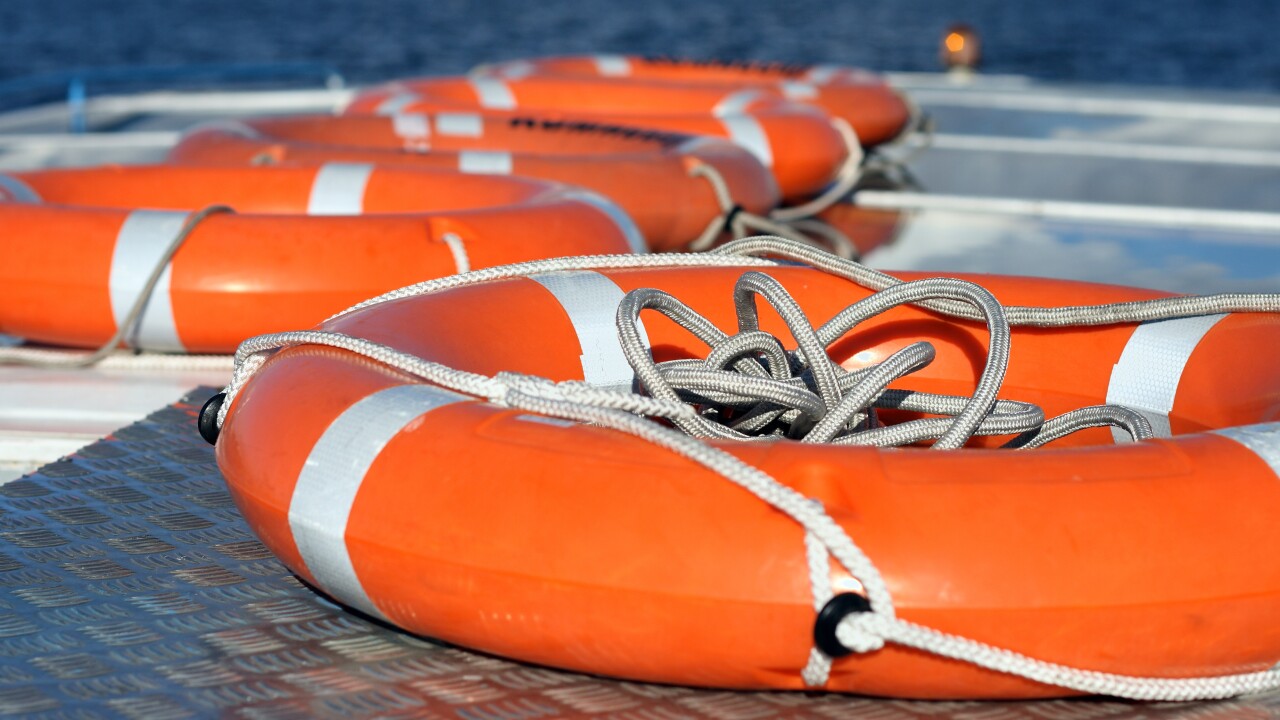 orange life buoys on the boat

HAMPTON, Va. – The Hampton Division of Fire and Rescue and the U.S. Coast Guard rescued two boaters after their boat overturned near the Hampton Roads Bridge-Tunnel Wednesday night.

At 11:11 p.m., the fire department responded to the report of an overturned boat and two people in the water. The two men were originally reported to be at the HRBT, but by the time the first land-based unit arrived on scene they had drifted to Fort Monroe.

Hampton Fire Boat 2 and the Coast Guard launched marine assets to rescue the boaters. One of the fishermen who had a headlamp and a cellphone helped direct the crews to their location. The victims were able to see emergency lights in the distance and relayed information to the Hampton Emergency Communication Center.

FB-2 arrived on scene to find an overturned Jon boat in the water. One of the victims was wearing a life jacket and was lying on top of the boat. The other boater was holding onto a cooler as a flotation device; he did not have a life jacket.

Coast Guard crews arrived on scene, turned the boat upright and towed it back to Old Pointe Comfort Marina.

Officials checked the boaters for injuries, treated them and released them on scene.

Once the call was received from the HECC, authorities say the men were found and rescued in less than 15 minutes.