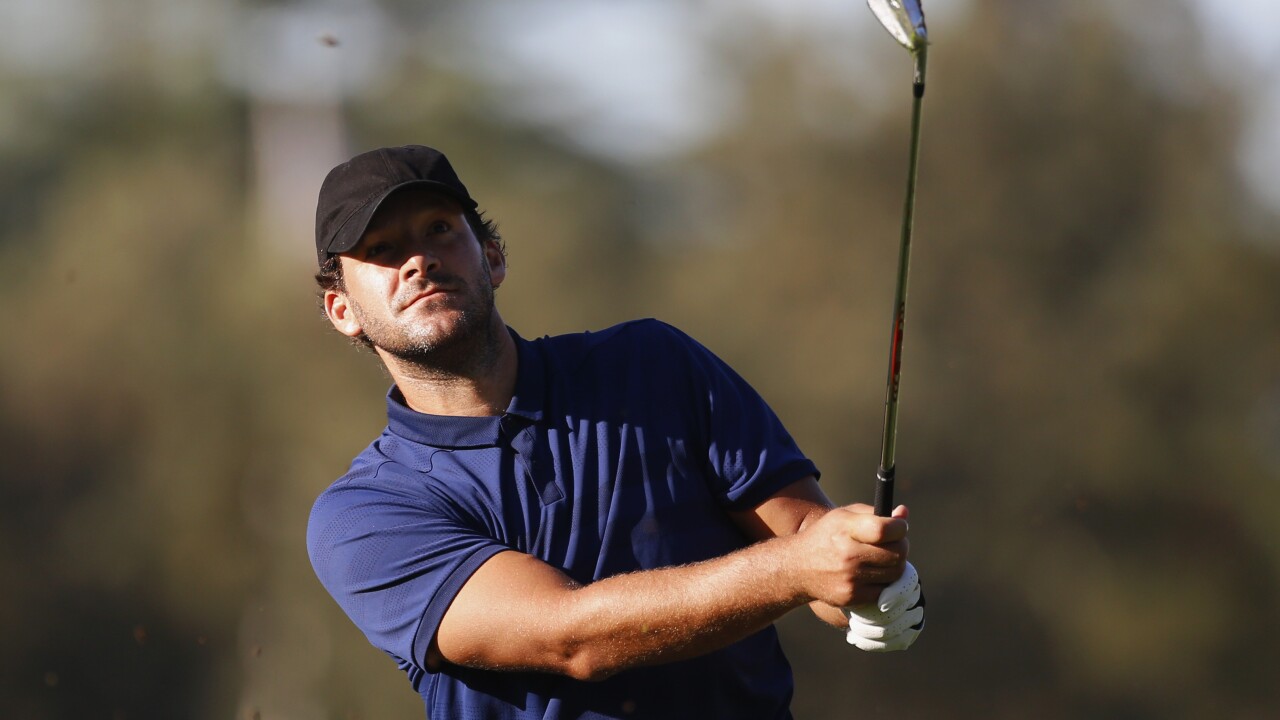 Tony Romo hits on the 10th hole during the first round of the Safeway Open. (Photo by Jonathan Ferrey/Getty Images)

NAPA, Calif. – Jim Nantz might have a new broadcast partner for Sunday’s NFL on CBS broadcast. His regular partner, Tony Romo, just might be in California rather than Chicago.

Tony Romo walks on the 10th fairway during the first round of the Safeway Open. (Photo by Jonathan Ferrey/Getty Images)

Thursday, Romo – the former Dallas Cowboys star quarterback, carded his best round ever on the PGA TOUR. Playing in the Safeway Open at Silverado Resort and Spa North, Romo recorded five birdies and three bogeys on his way to a 2-under par round of 70. After round one, he’s tied for 28th place.

Adam Scott and Andrew Landry are tied for the lead at 7-under par. Virginia Beach golfer Marc Leishman is even with Romo, tied for 28th.