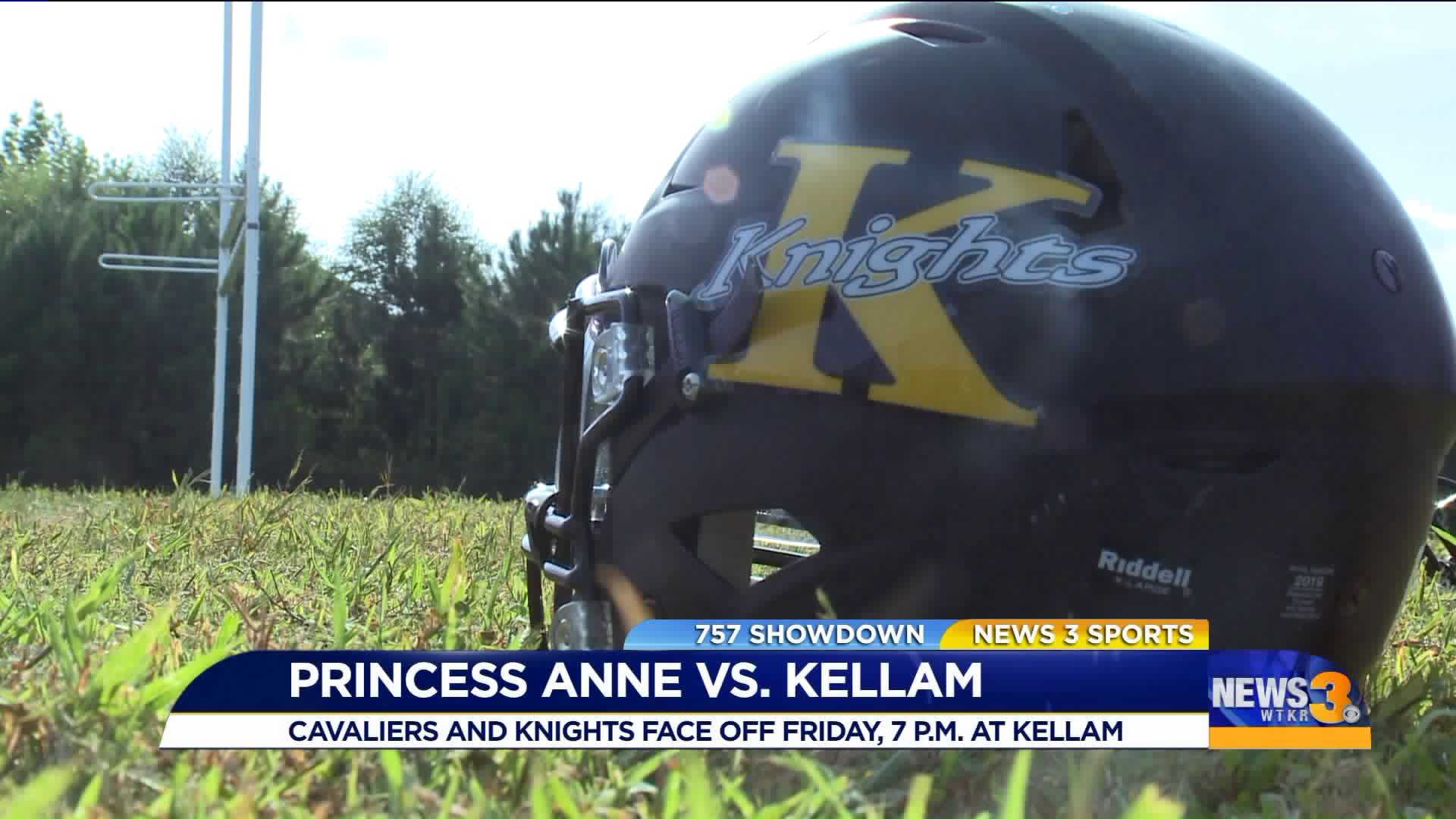 "I was here in 2000 and we did play against that team they had, and they were loaded with some really good players," Knights head coach Chris DeWitt said. "They had really good coaches and I think it mirrors a little bit of what they've got now."

Princess Anne is coming off of a double-overtime, one-point win against Ocean Lakes. After taking a 21-0 lead, the Dolphins fought back before losing 29-28.

"It was an emotional win," Cavaliers head coach James Yeager said. "Our job as coaches, this week, is just trying to get our guys back to that 1-0 mentality for this week. It's challenging because a lot of these boys, if not all these boys, they haven't been on a winning team. They haven't had a winning record yet, so I know they're excited, but we're just trying to keep them focused through all of this."

Kellam's focus is to get better each week, after starting off the season slower than head coach DeWitt would have liked.

"What's excited to me is that they come here ready to get better, and that's a theme every single day," DeWitt said." We start practice with me telling them 'Today we get better,' and they've bought into it. I really love that about this group."

Friday night's game between Princess Anne and Kellam kicks off at 7 p.m. at the Ammons Athletic Complex.