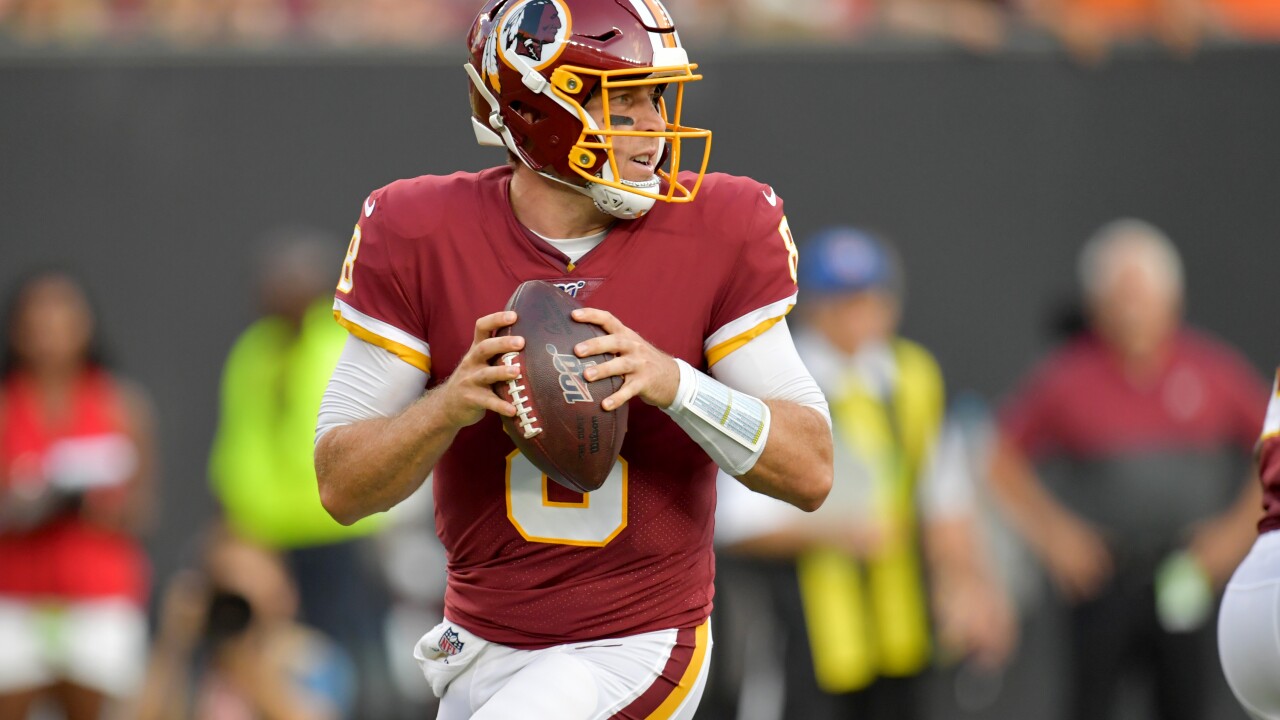 Starting quarterback Case Keenum was sore after Monday’s game and got an MRI, then sat out during today’s walkthrough with an injured foot.

“Everything’s pretty stable, just got to rest it for a day,” head coach Jay Gruden said.

Colt McCoy was on the field with Dwayne Haskins during today’s walkthrough, and while Gruden said Haskins remains the backup QB, he also left the door open on the possibility of McCoy stepping into that role.

“Obviously, if Case can’t play then the backup usually does play, depending on how Colt is tomorrow,” Gruden said. “We’ll see how he is. I haven’t seen him throw a ball in about a month and a half.

“We’ll have to see him in individuals tomorrow and have him throw some balls and see where he’s at. We will see how he feels as far as pushing off is concerned. He’s been doing a lot on the side on his own, so I don’t think he’d be cleared to practice unless he felt pretty good about it, but still we want to see him take the snap with people coming at him and making some throws.”

Gruden did acknowledge that there isn’t enough time for every quarterback to get ample reps before Sunday’s game, and that Haskins will take a lot of reps during tomorrow’s practice.

Whoever the quarterback is on Wednesday, they’ll be leading the Redskins at MetLife Stadium, where Washington looks for its first win of the season when it faces the New York Giants.