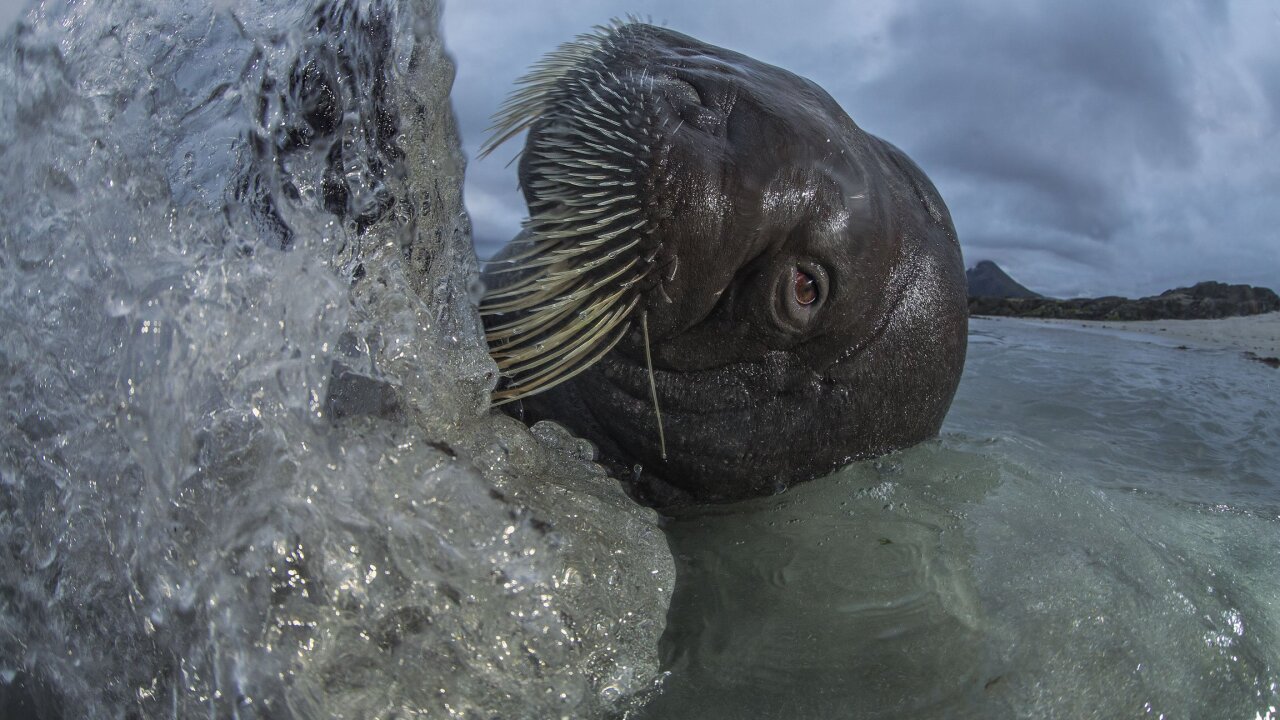 Category: Portfolio Splash-time with Buddy by Audun Rikardsen, Norway.Rikardsen developed a firm friendship with this young male walrus, nicknamed Buddy, who spent several months hanging around the beach outside Tromsø.

A walrus attacked and sunk a Russian Navy landing boat in the Arctic Ocean last week, with no one hurt in the incident.

According to the Russian Ministry of Defense, the female animal was protecting its calves when it targeted the craft carrying researchers to the shore of Cape Geller in the Arctic.

Those on board were members of a joint expedition by the Northern Fleet — Russia’s naval fleet in the Arctic — and the Russian Geographical Society (RGO).

The ministry said: “Serious troubles were avoided thanks to the clear and well-coordinated actions of the Northern Fleet servicemen, who were able to take the boat away from the animals without harming them.”

The RGO explained in a statement that the boat had “sunk” but confirmed that everyone had reached shore safely.

“The incident is another confirmation that no one is expecting humans in the Arctic.”

The joint mission is working around the Franz Josef Land archipelagoo to investigate the flora and fauna of the region, as well as making glaciological observations.

It is also mapping historical expeditions such as those of Austro-Hungarian military officer Julius von Payer in 1874, and American explorer Walter Wellman in 1898.