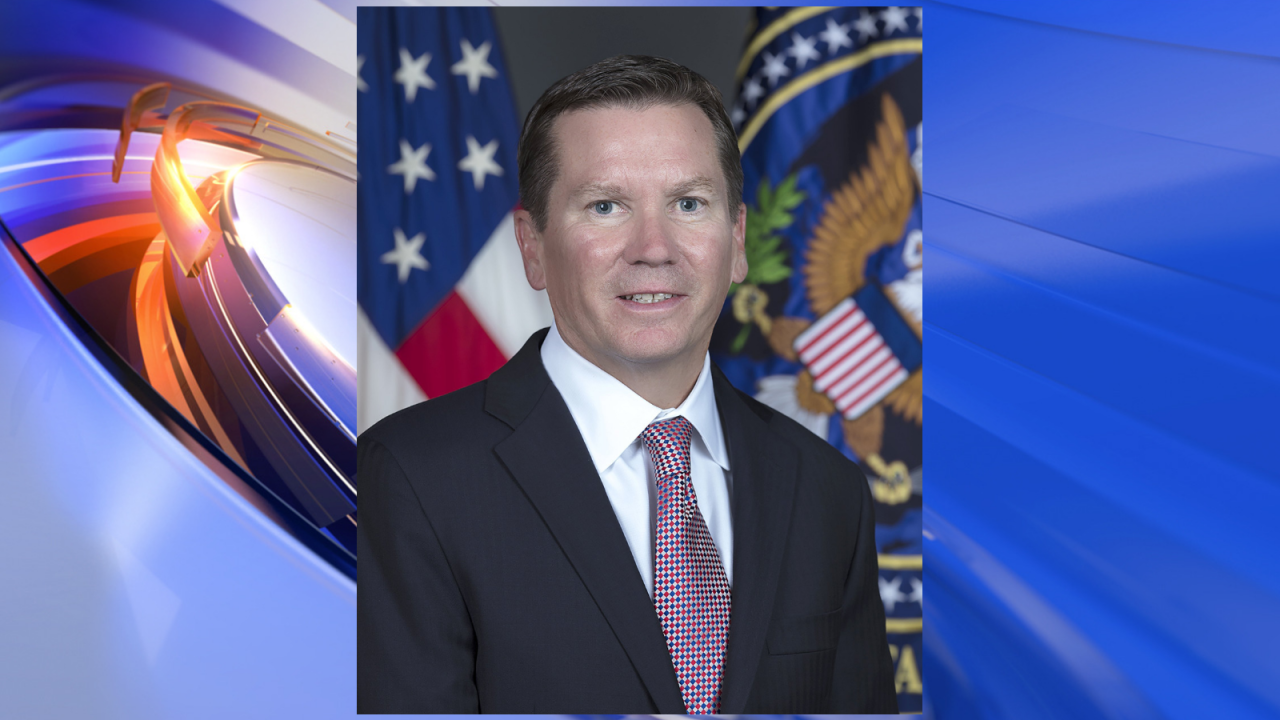 When the inspector general for the intelligence community alerted lawmakers to a mysterious whistleblower complaint detailing allegations about President Donald Trump’s conduct, many who know him, including some who are skeptical of the complaint, said his reputation and credibility caused them to take his concerns seriously.

When Michael Atkinson, the inspector general for the intelligence community, alerted lawmakers to a mysterious whistleblower complaint detailing allegations about President Donald Trump’s conduct, many who know him said his reputation and credibility caused them to take his concerns seriously.
Full credit: Office of the Director of National Intelligence

“As soon as I saw that he had recommended it be sent to Congress, that’s all I needed to know it was legit,” said Mary McCord, the senior litigator from Practice at the Institute for Constitutional Advocacy and Protection who worked with Atkinson at the US Attorney’s Office and DOJ’s National Security Division.

Several officials who acknowledged they are skeptical of the complaint told CNN the IC IG, Michael Atkinson, is a serious professional and that his recommendation gives them pause when they would have been inclined to dismiss the case otherwise.

Rep. Elaine Luria along with six other freshman Democrats took part in an opinion piece published by the Washington Post which slammed President Trump amidst the whistleblower controversy.

Atkinson is widely regarded as a career non-partisan with little interest in the public limelight but he currently finds himself at the center of the high profile controversy related to whether the whistleblower complaint.

His recommendation that the complaint, which Atkinson says raised allegations of “urgent concern,” be shared with lawmakers has fueled the escalating standoff between the director of national intelligence and Congress while Trump has continued to publicly question the whistleblower’s motives for speaking out.

But Atkinson has stood by his conclusion that the complaint indeed raises concerns that must be handed over to Congress in accordance with the law, despite clashing with his own boss, acting Director of National Intelligence Joseph Maguire, over that determination.

The House Intelligence Committee released a letter from Atkinson last week in which he wrote that he and Maguire, “are at an impasse” over that point, marking an unprecedented disagreement between the DNI and IC IG.

“This involves something more sinister, something involving a serious or flagrant abuse or violation of law or misappropriation, and the IG underscored the seriousness of this, and also that this needs to be looked into. And right now, no one is looking into this,” House Intelligence Committee Chairman Adam Schiff said Friday.

Appointed as IC IG by Trump in 2018, Atkinson’s long-standing reputation as a straight-shooter with professional integrity has bolstered the legitimacy of the whistleblower complaint despite the President’s attempts to paint it as a partisan attack, multiple sources have told CNN.

Prior to his Senate confirmation to become IC IG in 2018, Atkinson worked for the Justice Department for over 15 years, according to his biography on the ODNI website.

From 2002 through 2006, Atkinson worked as a trial attorney in DOJ’s Criminal Division, Fraud Section. He then served as an Assistant United States Attorney for the District of Columbia from 2006 through 2016, where he was the acting chief and deputy chief of the Fraud and Public Corruption Section.

Some of Atkinson’s former colleagues agreed that his credentials as a non-partisan and relative obscurity prior to becoming involved in the whistleblower case lend weight to the seriousness of the complaint.

That quiet, non-partisan approach to his work is why McCord believed he would be a good fit for the IC IG role.

“The mere fact he was not on anyone’s radar is points to the fact that his sense of urgency is credible,” she said. “People don’t know who he is and that’s because he does his job. He’s the IG and most of that work is not in the public sphere.”

“You would not know which political party he favors by working with him. I worked with him for years. That’s the other reason I feel he’s so credible in this space,” McCord added.

Former Deputy Assistant Attorney General for the Justice Department’s National Security Division, John Carlin, told CNN that Atkinson is “someone who is very deliberate, thoughtful and tries to carefully review facts … not someone who seeks attention.”

“So if he is in a situation where something needed to be referred that’s because it was his best and informed view of what the law required,” he said.

McCord told CNN that she believes Atkinson feels strongly that the complaint needs to be reported to Congress but is also trying to respect the hierarchy in place, which includes the DNI.

During a closed-door briefing with Schiff’s committee on Thursday, Atkinson would only discuss the process for his handling of the whistleblower’s concerns, the chairman said. Though lawmakers pressed him for details on the complaint, their efforts were ultimately unsuccessful.

The inspector general does not have the authority to discuss the details of the complaint with Congress because the DNI has not shared the actual report with the committee and had apparently not otherwise authorized Atkinson to share those details.

Although the official details of the complaint have not been provided to members of Congress, Atkinson told the panel during the briefing that it raised concerns about multiple actions but would not say if those instances involved Trump, according to sources familiar with the briefing.

According to one source, Atkinson referenced “a sequence of events” and “alleged actions” that took place. However, another source disputed that the IG provided substantive details regarding the whistleblower claim.

The whistleblower’s complaint deals at least in part with a July call between Trump and Ukraine’s president. CNN has previously reported that Trump pressed Zelensky in the call to investigate Biden’s son, Hunter, according to a person familiar with the situation. Trump has admitted to discussing Biden with Zelensky but has denied doing anything improper.

There is no evidence of wrongdoing by either Joe or Hunter Biden.

While Trump and some Congressional Republicans have attempted to downplay concerns surrounding the complaint, McCord told CNN that she does not see Atkinson backing down from his position.

“If he got to a position where he saw resigning as the only alternative, he would do it … but there is a lot of space between now and that point,” McCord added, noting that Maguire is still expected to testify before the House Intelligence Committee on Thursday.