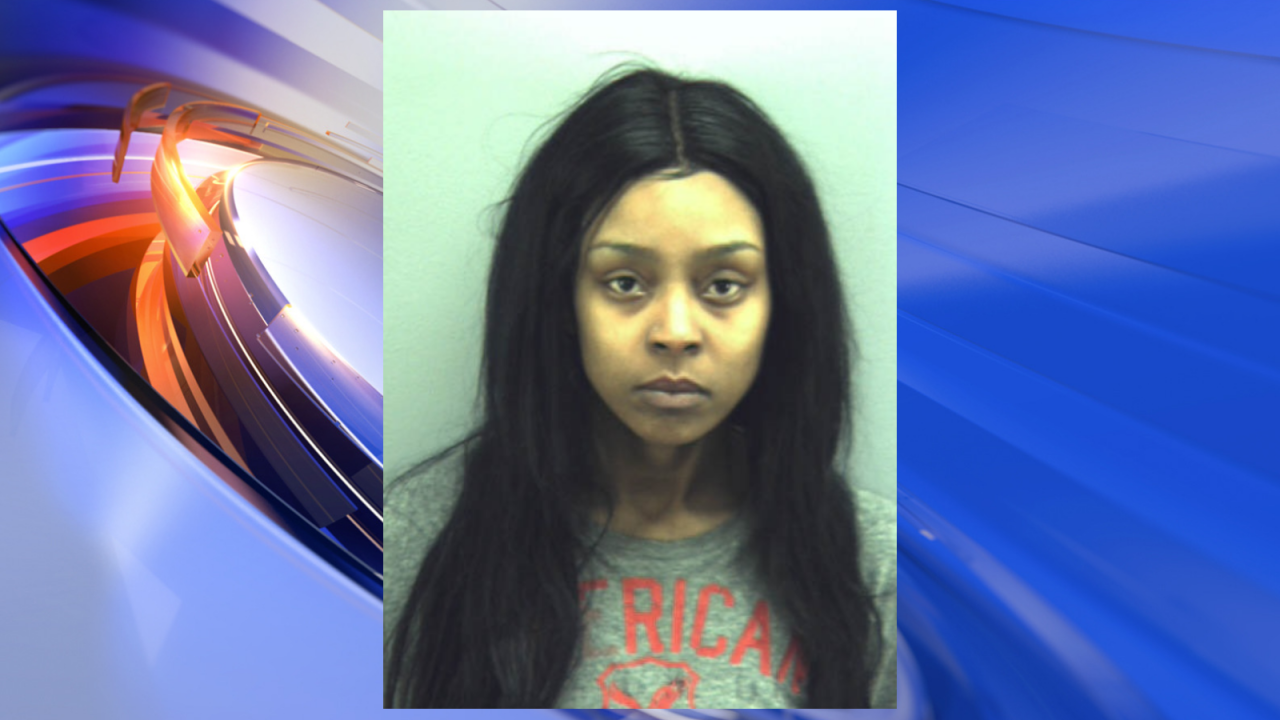 All three felony charges against Saleese Harris have been nolle processed, meaning the Commonwealth's attorneys have withdrawn the charges.

Court records state the suspects in the robberies were armed and taking cellphones, tablets and Apple watches.

The robberies happened from February to April. On April 14 the Verizon Wireless store located on the 4800 block of Virginia Beach Boulevard was robbed by two unknown suspects.

The suspects forced the store employees to the back of the store at gunpoint and demanded the electronics be put into a bag, police said.

They allegedly made them lay face down as they fled the business. Court records said police got a tip about a woman selling cell phone and police went undercover to track the suspects down.

Saleese Harris and Junajah Somerville were followed by police, the records said.

Police followed the women to a home in Chesapeake and officers tried to pull the car over, however the driver allegedly took off at a high rate of speed.

The pursuit went on from Virginia Beach, Norfolk, and into Chesapeake, but was terminated due to public safety concerns. Police put information over the radio about the suspect's car being last seen in the 1300 block of South Military Highway in Chesapeake.

The vehicle was spotted on a side street between McDonalds and a car dealership. The suspects ran.

As more officers arrived on scene employees from the McDonald’s told authorities that a woman went into the store through a back door, stole a McDonald’s uniform shirt and attempted to blend in as an employee.

The woman was identified as Saleese Harris and taken into custody.

A search warrant states she told police she and Somerville are in a relationship but denied knowing or being involved in the robberies.

Police towed the car and allegedly found 10 brand new cell phones and tablets sealed in a box in the trunk and they match the stolen phones from the robbery earlier in the day.

The next day police were conducting surveillance at a home in Virginia Beach then pulled over a car and arrested Junajah Somerville.

Records said during the arrest she allegedly tried to stomp on a rose gold cell phone to destroy it.

Somerville allegedly told authorities the robber contacted her and told her he had cell phones for her to sell. Police said both women were charged with one robbery that occurred on April 14 at the Verizon Wireless Store located at 4807 Virginia Beach Blvd.

Somerville was charged with a total of two counts of robbery, two counts of use of a firearm in the commission of a felony, larceny with the intent to sell or distribute and conspiracy to commit a felony.

Harris is scheduled for court on November 8th. Somerville is being held without bond and declined an interview with us.

Harris is out on bond.