From bad to worse: Redskins drop to 0-and-3 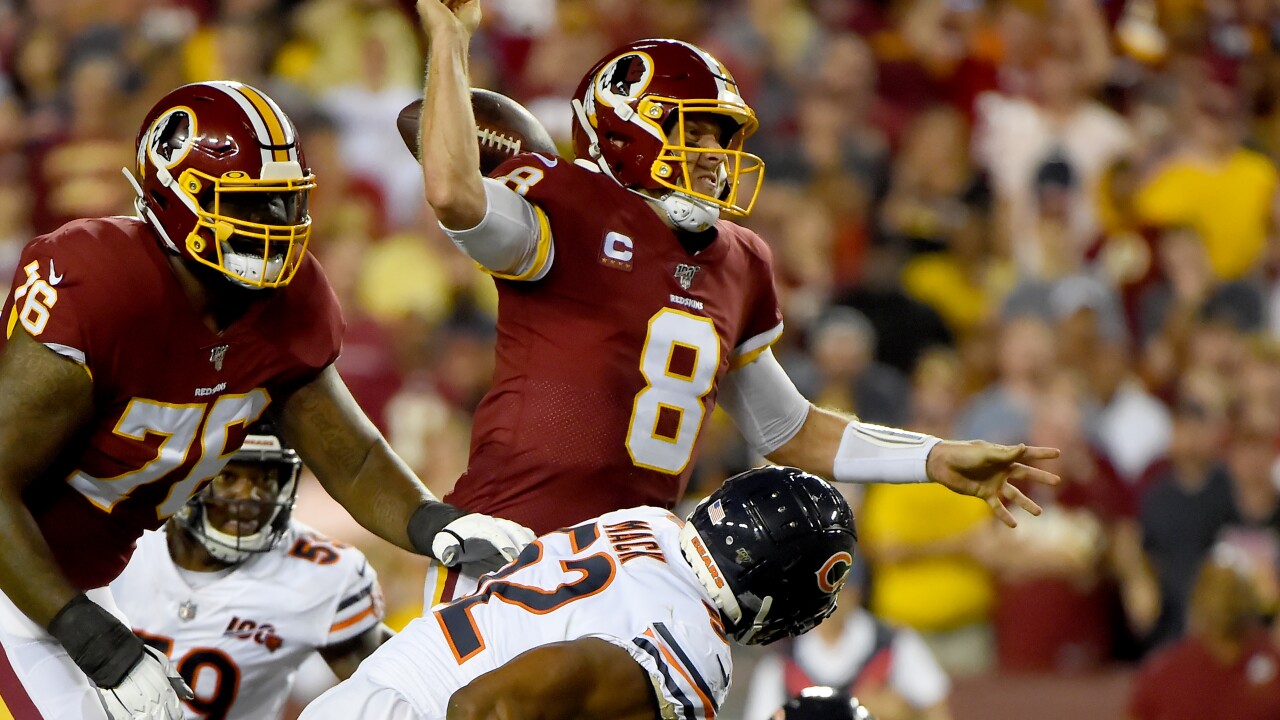 LANDOVER, MD – SEPTEMBER 23: Case Keenum #8 of the Washington Redskins fumbles the football in front of Khalil Mack #52 of the Chicago Bears during the first half at FedExField on September 23, 2019 in Landover, Maryland. (Photo by Will Newton/Getty Images)

LANDOVER, MARYLAND – SEPTEMBER 23: Quarterback Case Keenum #8 of the Washington Redskins walks off the field after fumbling the ball in the fourth quarter. (Photo by Rob Carr/Getty Images)

LANDOVER, Md. – The Washington Redskins went into Monday’s game against the Chicago Bears as underdogs.

Not only against Chicago, which was a 5.5-point favorite, but in Monday night settings.

In their 17 previous appearances on Monday Night Football, the Redskins’ record was just 2-and-15, including seven straight losses. That record now becomes 2-and-16.

While the first two games of the season saw the Redskins take an early lead, this one was the opposite.

The Bears carried a 28-3 lead into the half, after ‘Skins quarterback Case Keenum threw three interceptions that the Bears turned into 14 points.

In the second half the Redskins started to gain some momentum.

LANDOVER, MARYLAND – SEPTEMBER 23: Ha Ha Clinton-Dix #21 and Prince Amukamara #20 of the Chicago Bears tackle Vernon Davis #85 of the Washington Redskins in the second half at FedExField on September 23, 2019 in Landover, Maryland. (Photo by Rob Carr/Getty Images)

Keenum completed a 15-yard touchdown pass to wide receiver Terry McLaurin to give Washington its first touchdown of the game in the third quarter.

A two-yard touchdown pass to Paul Richardson with 13:11 remaining in the game cut Washington’s deficit to 13 points at 28-15.

The Redskins’ continued to find success the next drive, but it was cut short when Keenum fumbles the ball, which was recovered by safety Eddie Jackson. The Bears add three more points to win it 31-15.