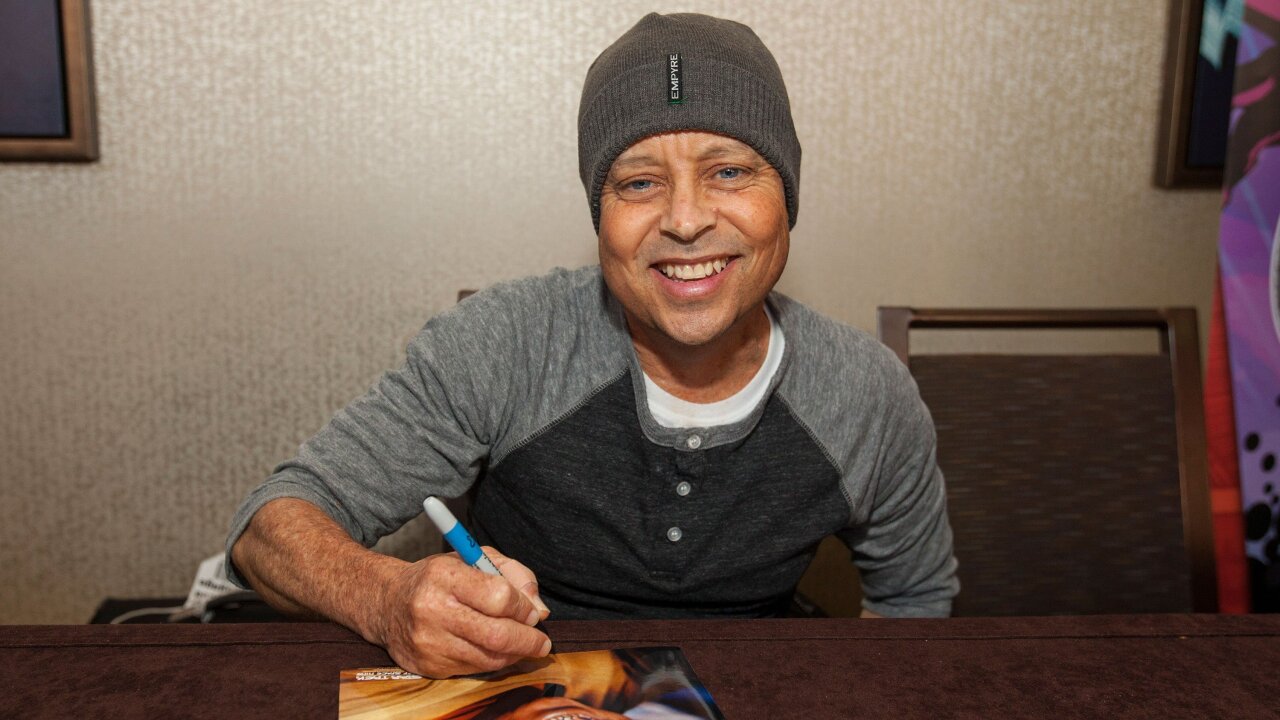 Actor Aron Eisenberg signs an autograph at a Star Trek convention in 2014.

Aron Eisenberg, who played Nog from the Star Trek spin-off “Star Trek: Deep Space Nine,” has died, his widow said. He was 50.

Actor Aron Eisenberg signs an autograph at a Star Trek convention in 2014.

“There will never be another light like Aron’s. The beauty that he was and the legacy he leaves behind is beyond words. I love him dearly and will miss him eternally. At the moment I’m not sure how to do life without him.”

Eisenberg’s cause of death was not released. The actor had received two kidney transplants, most recently in 2015, StarTrek.com reported.

“We didn’t officially announce that we had eloped on December 28th, 2018,” his widow posted. “We were hoping to have a big shindig in celebration of our nuptials, but had to wait to save up the money.”

In addition to “Deep Space Nine,” Eisenberg also had roles in the TV movie “Amityville: The Evil Escapes” and the features “The Horror Show,” “Playroom” and “Beverly Hills Brats,” all in the late 1980s.